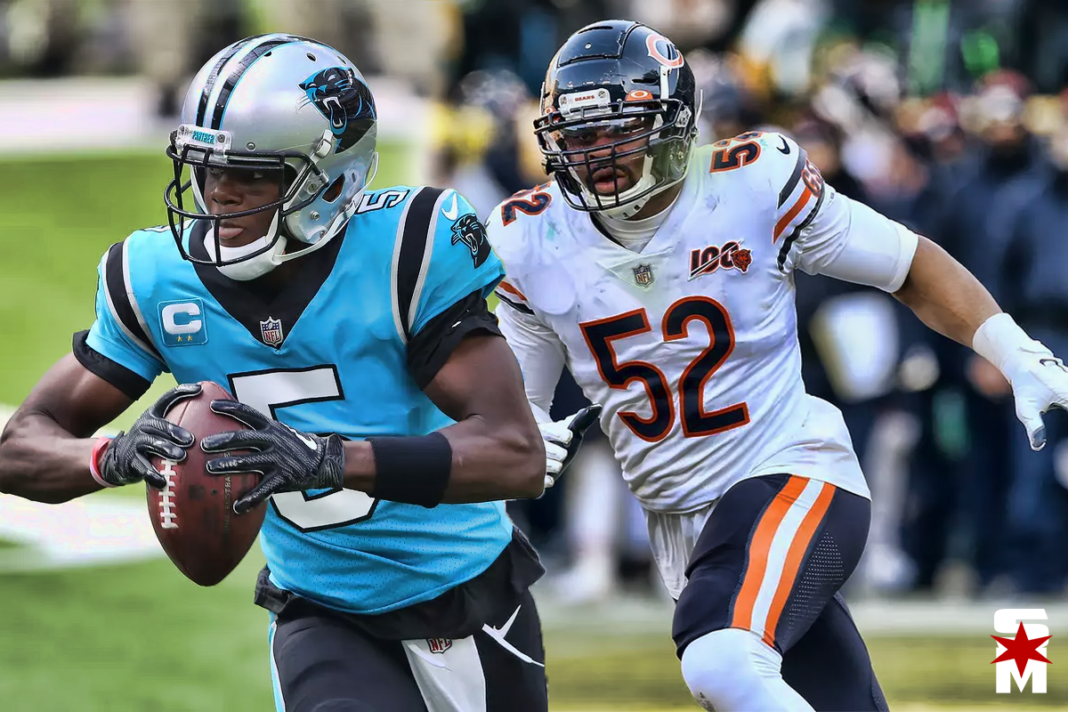 The Chicago Bears will be in Charlotte this Sunday to take on the Carolina Panthers. The Panthers have had a great season so far, given the fact that they have been without All-Pro running back Christian McCaffrey since week two. Although the Bears won’t see McCaffrey on Sunday, Chicago still needs to worry about Panther quarterback Teddy Bridgewater, who is quietly a massive threat.

It's time to start giving Teddy Bridgewater the respect he deserves in 2020:

What makes Bridgewater so effective at the quarterback position is that he knows how to read the opposing defense and take what they give him. The Panthers’ quarterback is excellent at finding the underneath receiver or throwing to the running back coming out of the backfield. Running back Mike Davis has 30 receptions since filling in for the injury McCaffrey back in week two.

Mike Davis’ 16 game pace in the 11 quarters played since the CMC injury.

Furthermore, Bridgewater doesn’t make costly mistakes or waste throws. He knows his receivers and know the role each one plays in the offense. Wide receiver Robbie Anderson servers as Carolina’s big play wide receiver while D.J. Moore and Curtis Samuel serve as Bridgewater’s possession receivers. Along with Davis being utilized as a pass-catcher out of the backfield, the Panthers offense is converting on 49 percent of their third down so far this season.

Add in Bridgewater’s ability to scramble to either gain yards or extend plays, the Panthers offense poses an important threat. The Bears shouldn’t feel threatened from a scoring standpoint but from a mistake-free and ball control standpoint. If Bridgewater is able to convert a third down and extend a drive, that puts more pressure on a Bears offense that has failed to be efficient at times. Add in the fact that the Panthers’ quarterback has just three interceptions this season, the amount of opportunities for the Bears offense to score becomes even smaller.

Chicago’s only loss this season came against an offense similar to that of the Panthers. In the 19-11 loss to the Indianapolis Colts, the Colts beat the Bears in time of possession, having the ball five minutes more. Furthermore, Indianapolis did not have a turnover and converted half of the third downs they faced while Chicago was 4-14.

The Bears face a more formidable challenge on Sunday than most may expect as Bridgewater leads a Panthers offense that will play mistake-free football. Chicago might not lose the game by 20 points and see the Panthers offense race up and down the field, but could see a game decided by a touchdown where the Panthers offense extends a drive here or there to keep the ball away from the Bears. Chicago has faced some explosive offenses this season, but it is an offense that quietly efficient that could create problems on Sunday.