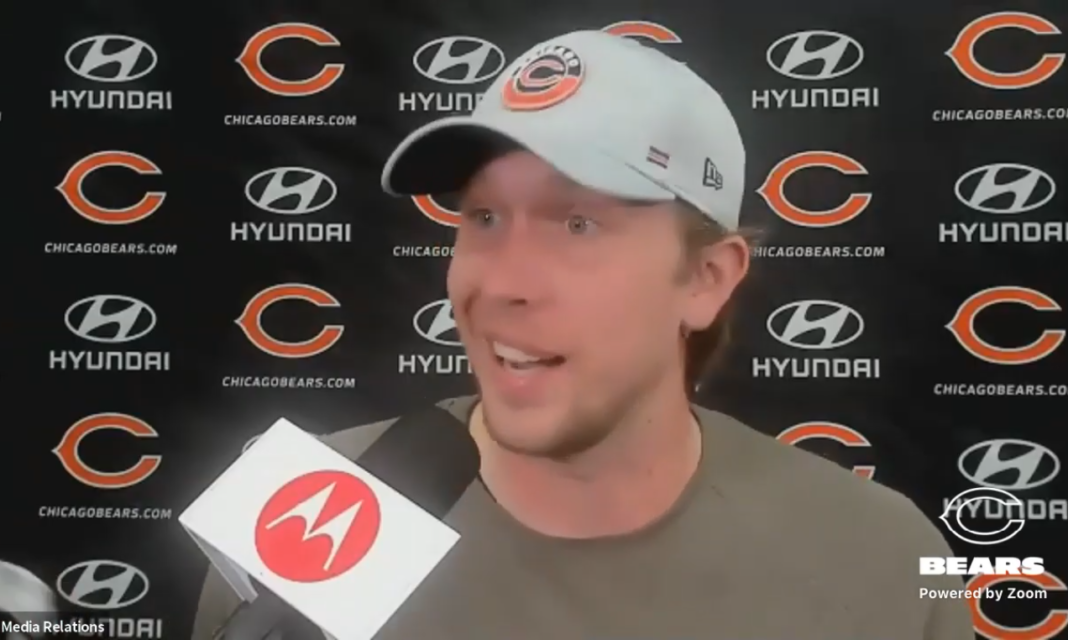 Nick Foles had another “fine” game for the Chicago Bears. It wasn’t pretty. Just 198 yard passing with a touchdown and an interception. Pretty much par for the course over the past three games. Yet nobody can deny reality. The Bears are 3-1 now with him under center. Whenever the team has asked him to make some plays, Foles has done that.

People didn’t expect much during the post-game press conference. Foles has never come across as a guy who raises his voice in public. That is why the Bears media were given quite a shock. When asked about the struggles of the offense and how the team has gotten away with “winning ugly” this year, the 31-year old seemed to bristle.

His reply started out calmly enough. He made it clear he’d much rather win ugly than lose pretty. Putting up a ton of points in a losing effort is a hollow feeling to him. He’d much rather get out of games with a win and work on continuing to get better rather than play perfectly and still lose.

That was when Foles began to ramp up the volume.

While he never got up to the point of shouting, there were several instances during a nearly three-minute speech where he almost did. He made it clear he loves where this team is at. This is a team that plays together. They play hard. They’ll do whatever it takes to win. It isn’t about the style points for them. For him? That’s exciting.

The offense will come around. That this team is still winning despite not playing its best football is something to celebrate.

Nick Foles knew exactly what he was doing

People don’t understand how smart Foles is. He comes across as that “aw shucks” kind of guy. A devout Christian and family man just happy to be on a team. Don’t be fooled. He is a competitor. A relentless competitor. Former teammates talked all the time about his underrated leadership skills. This was a shining example of that.

Foles didn’t sandblast the media like that purely out of frustration. It was a calculated move. A way to send his teammates a message. Not only does he have their back but he believes in them. This is how leaders get people to follow them. Not being afraid to send a message when it needs to be sent.

Not taking the Bears seriously? Fine. Sooner or later you will.

This quarterback wants his team to believe. To believe in themselves and each other. They are good enough to win in this league. The record proves that. As long as they continue to believe that, they can compete with any team out there. Nick Foles would know. He saw it happen when he led the Philadelphia Eagles to the Super Bowl three years ago.

This is a huge reason the Bears brought him in. Why they felt it was worth paying him that money and giving up a draft pick. Foles isn’t always flashy.

RUMOR: A Stephon Gilmore Trade To The Bears? Yes This Is Real