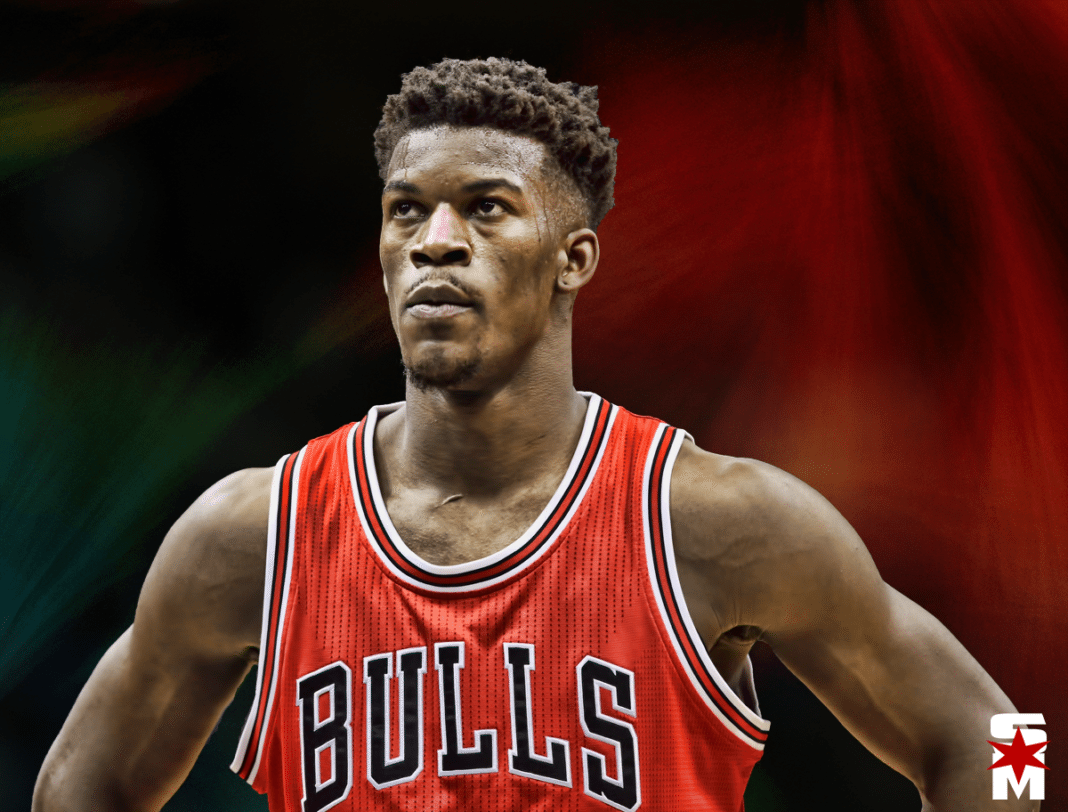 Jimmy Butler just had a finals performance to remember. In the COVID-induced bubble, the Heat had one of the most remarkable playoff runs in NBA history. Butler and the Heat are the first five-seed in NBA history to reach the NBA finals.

Butler and the Heat’s historic run is creating a lot of rumbling and frustration with Bulls fans about the trade that took place a little over three years ago. The trade sent Butler and the 16th pick in the 2017 draft to Minnesota. Minnesota used that pick on former Creighton star, Justin Patton.

Where are they now?

It’s safe to say that the Bulls won this portion of the trade. Butler is no longer in Minnesota. Two of the three pieces they received in dealing him to Minnesota are expected to make a sizeable impact moving forward.

Zach Lavine, despite questionable coaching during his time in Chicago, is developing into an all-star level player. Lavine is averaging a little over 25 points per game. Markkanen, in spite of a down season last year, has shown flashes of a stretch big that the NBA has been valuing recently.

Kris Dunn is the lone question mark of the original Butler three. Multiple injuries sidelined Dunn over the course of multiple seasons. His future with the team is currently uncertain. It’s being reported that Dunn hasn’t reported for the Bulls bubble. It is important to note that Dunn is currently a restricted free agent.

Justin Patton, Patton has bounced around the league as well as the G-league. In his four seasons in the NBA, Patton’s played for four teams and four more teams in the G-league.

In terms of the play of the team, the Bulls have remained in a perpetual cycle of underperformance and fighting to reach mediocrity. Despite the promise of building a contender again from former President of basketball operations, Jon Paxson, the Bulls never sniffed the playoffs. Since Butler’s departure, the Bulls have not reached even 28 wins and average about 24 wins per season.

Butler, on the other hand, has led each of his last three teams to the playoffs. Two of those runs having historic implications. Reaching the playoffs with Minnesota for the first time since 2004 and as mentioned previously his run with the Miami Heat.

Why it wasn’t going to work in Chicago…

The Bulls were coming off a middling season in 2017, in which they went 41-41 as a team and were the eighth seed in the Eastern Conference. The “three alphas” of Butler, Rajon Rondo, and Dwayne Wade did more to divide the team than it did to elevate it.

Of course, this was mostly done by both Butler and Wade. Rondo responded on social media following Butler and Wade’s attempt to throw the development of younger players under the bus. Butler also consistently undermined the coaching of former coach Fred Hoiberg, demanding to coach the team harder.

My vets would never go to the media. They would come to the team. My vets didn't pick and choose when they wanted to bring it. They brought it every time they stepped in the gym whether it was practice or a game. They didn't take days off. My vets didn't care about their numbers. My vets played for the team. When we lost, they wouldn't blame us. They took responsibility and got in the gym. They showed the young guys what it meant to work. Even in Boston when we had the best record in the league, if we lost a game, you could hear a pin drop on the bus. They showed us the seriousness of the game. My vets didn't have an influence on the coaching staff. They couldn't change the plan because it didn't work for them. I played under one of the greatest coaches, and he held everyone accountable. It takes 1-15 to win. When you isolate everyone, you can't win consistently. I may be a lot of things, but I'm not a bad teammate. My goal is to pass what I learned along. The young guys work. They show up. They don't deserve blame. If anything is questionable, it's the leadership.

The system in place at the time was not conducive to creating a winning culture and allowed Jimmy to deflect blame with impunity. Bad habits were being developed and Wade did nothing to help Butler become a better leader. Wade was the first to blame younger players for the team’s lack of success.

Why it works in Miami

Culture has become THE buzzword for the NBA’s bubble this season and with good reason. Pat Riley was able to reel in another star and develop a roster with enough cohesion to take down teams with markedly better players. The team featured multiple undrafted players, a former Division III player, and only one former top-10 pick.

The combination of tough team defense and riding the hot hand of any given night carried Miami to the NBA finals. Miami’s formula isn’t sustainable but for one season they were able to make it work. The the Heat did not have enough elite players to overcome the onslaught from LeBron James, Anthony Davis, and the rest of the Lakers.

Moving forward the Heat will have to decide whether they’re going to pay their core players or clear space to bring in yet another star. Giannis Antetokounmpo is a name that’s been floated out there.

What’s come out of it in Chicago

In the event that Butler would’ve stayed with the Bulls. There’s little reason to believe that the previous regime would have been able to build a winner again. Fans want to believe that the same front office that gifted Cristiano Felicio 32 million would right the ship. They  even paid Wade and Rondo after stating wanting to have more three-point shooting

Keeping Butler would have also prolonged the tenure of both Jon Paxson and Gar Forman in hopes of luring free agents. Paxson deciding to step down gave the organization the opportunity to provide hope for the fanbase. They’ve hired people who have experience in building a roster to win. Artūras Karnišovas in Denver and Marc Eversely in Philadelphia.

Moving on from Butler was the correct move even after three years.