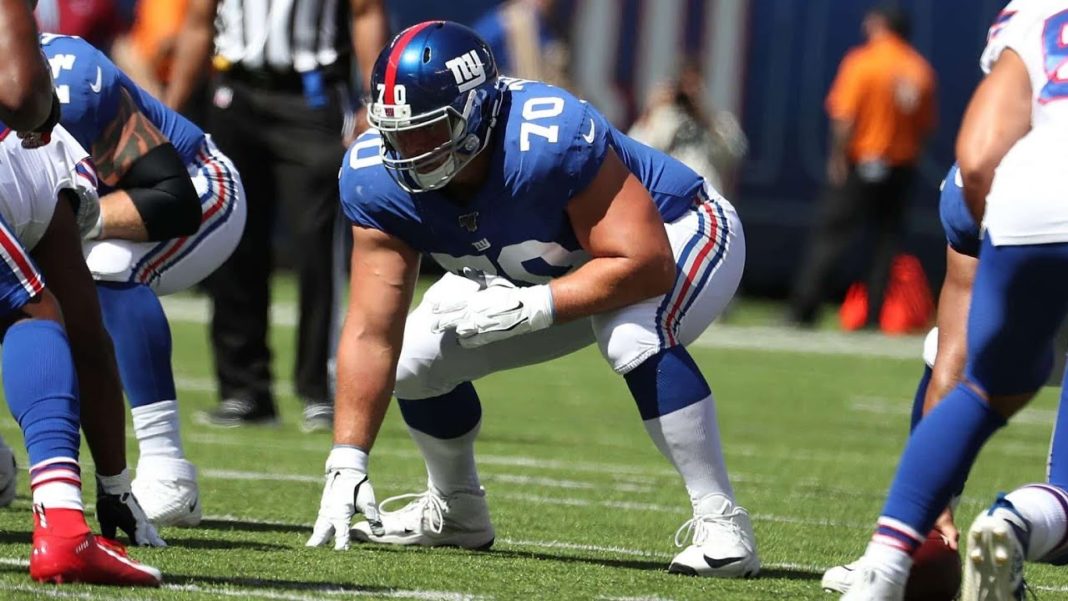 The Chicago Bears are 4-1 but nobody would accuse them of being a perfect team. They’re quite lucky to have that record at all. Three 4th quarter comebacks. A goal line stand. All of that was needed to reach this point. This team needs work and perhaps even some reinforcements for their roster if the price is right. So what about Kevin Zeitler?

For those who aren’t quite following, here is the situation. The Bears’ offensive line is hurting. Left guard James Daniels is lost for the year to a torn pectoral. They’re hoping former undrafted free agent Alex Bars can step into his place. The problem is he might not be ready for what’s coming. Derrick Brown in Carolina? Aaron Donald in Carolina? Sheldon Rankins in New Orleans?

He might not be ready for that kind of a gauntlet. Yet the Bears don’t seem to have much choice. Not unless they make a move for somebody more proven.

That is where Zeitler comes in.

The 30-year old was traded to the New York Giants last season and became a capable member of their offensive line. However, with the team wallowing at 0-5 it’s felt they might start unloading pricey veterans for cap space and draft picks. Dan Duggan of The Athletic believes Zeitler is on that short list.

“The Giants should be shopping just about every player in the hopes of replenishing their supply of draft picks (they’re without fifth- and seventh-round picks due to trades). Veterans with big cap hits — Tate, right guard Kevin Zeitler, linebacker Markus Golden — should be on the market, but the return would likely be minimal for those players.”

Kevin Zeitler fits the profile of what the Bears like

One thing that has become apparent with Bears offensive linemen in the Matt Nagy era is they prefer guys with athleticism. Guys who can move pretty well. Daniels was the perfect example of this. Zeitler too fits that profile. He shows good, natural movement in pass protection and doesn’t have an issue getting up to the second level to pick off linebackers in the running game.

His intelligence is also something they’d love. He is rarely caught off guard by disguised stunts or blitzes opposing defenses bring. It wouldn’t be an issue plugging him right into the starting lineup.

The tricky part is this. Can the Bears afford him?

From a compensation perspective, this isn’t a big issue. Zeitler won’t cost anymore than a 5th round pick to secure. The challenge is that contract. He carried a $12.5 million cap hit into this season. If traded at the deadline, the Bears would be responsible for around half that money. So a little over $6 million. They only have around $10 million available.

So for them it would be a noteworthy hit to the books.

The good news is they could cut him next offseason for a $12 million cap relief and just $2.5 million in dead money. So while their payroll would take a bit of a hit, it wouldn’t be a devastating one in the long-term. The best way to view this is a sort of double down move on 2020. A move that signals the Bears believe they have a chance to win now.

Zeitler would have to switch to left guard for the first time in his career but he offers stability this offense needs. The trade deadline is October 29th. Odds are Bars will have provided the Bears a clear answer by then.