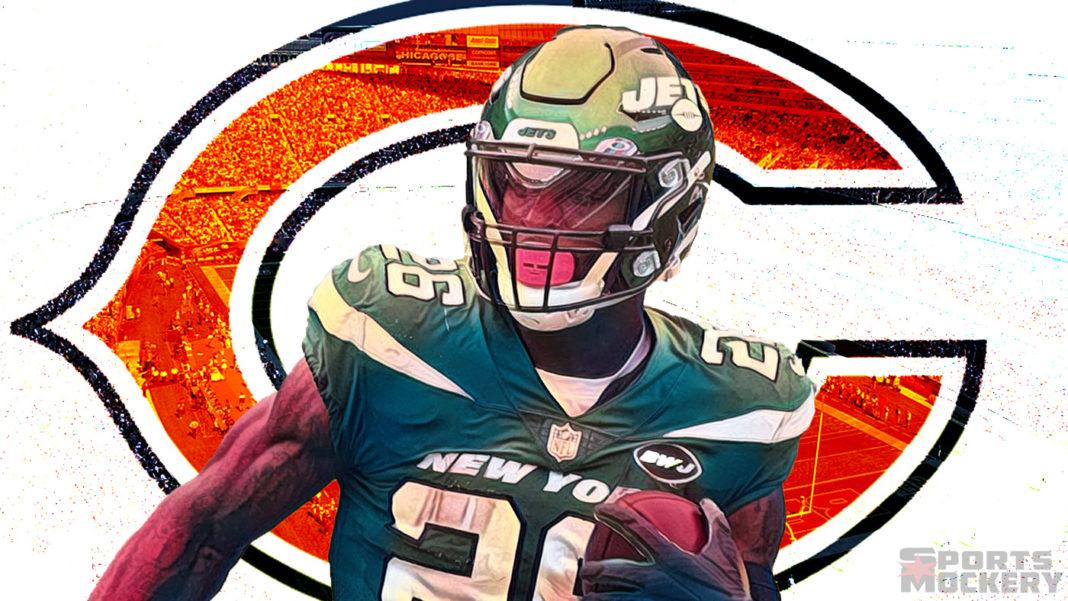 The NFL world received a considerable shock on Tuesday, October 13th when the New York Jets decided to release running back Le’Veon Bell. Just 19 months after signing him to a lucrative contract and spending almost a year trying to trade him, the Jets clearly just wanted him gone. Now the 28-year old has a chance to find a new team.

Odds are he’ll have suitors too. Bell had over 1,200 yards from scrimmage last season despite mostly bad blocking up front. He is a versatile, talented, and intelligent player. Now he’s also more motivated than ever to show people what he can do. Since the Jets will still be paying him the guarantees they owe, he should be gettable for a cheap contract.

Are the Chicago Bears a team that might make sense? Bill Barnwell of ESPN listed a number of teams that could make a run at Bell. Yet it was the Bears who sat at the top.

“I’ll start with the Bears, who are the most obvious fit to me. Matt Nagy’s team is 4-1, and while you can poke holes in Chicago’s résumé, ESPN’s Football Power Index gives the Bears a 55.8% chance of making it to the postseason. They also have approximately $10 million in cap space, so adding a small salary to their roster won’t be an issue.

Bell would be a replacement for Tarik Cohen, who went down with a torn ACL at the end of September. David Montgomery is on the roster and would still be the featured back, but the 2019 third-rounder hasn’t looked good as the primary back, failing to top 30 yards rushing or receiving in each of the past two games. Chicago has used Cordarrelle Patterson as a change of pace, but Bell would immediately step in and take Cohen’s role in the offense, which should be something in the ballpark of eight to 10 touches per game.”

The big question here isn’t the money or the fit. It’s whether Bell would be interested in being part of a running back committee alongside David Montgomery. History says the man prefers to be the focal point of the offense as was so often the case in Pittsburgh. When the Jets reduced him to more of a complementary role, he chaffed and wasn’t shy about expressing his opinions on it.

Head coach Matt Nagy isn’t exactly in love with running the football a lot, which adds to the uncertainty. At the same time, Bell would be a major benefit in the passing game. Something the Bears really miss already after Cohen went down. In the end, the reality is this offense can use all the help it can get. More talent is never a bad thing.

Then again one must not forget they already signed Lamar Miller a week ago. Do they wish to stick with their plans for him or does Bell’s presence change things? The next few days should reveal a lot.