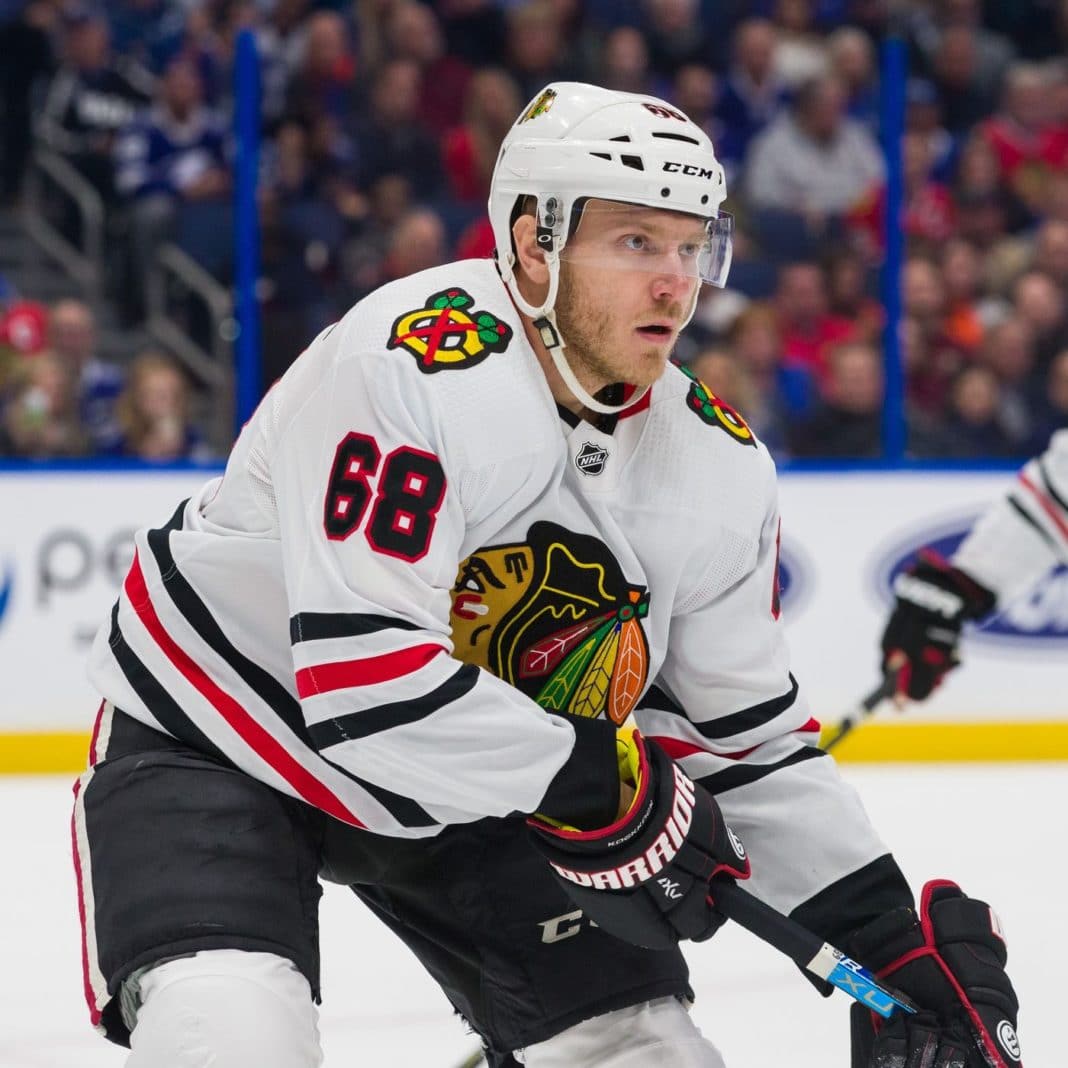 The 26-year-old defenseman is expected to hit the free-agent market on Friday.

The Chicago Blackhawks will not give pending restricted free agent defenseman Slater Koekkoek a qualifying offer before today’s 4 p.m. (CT) deadline, according to The Athletic’s Mark Lazerus and Scott Powers. Koekkoek served as the Blackhawks seventh defenseman for most of his time in Chicago before settling in on the third defensive pairing with Olli Maatta for the second half of last season.

Wow. #Blackhawks DID NOT give pending RFA defenseman Slater Koekkoek a qualifying offer and he will become a free agent. Tough to see, even in a cap crunch.

Koekkoek was a tremendous luxury for the Hawks and a hell of a steal from Tampa. Wish him all the best.

The Blackhawks acquired Koekkoek and a 2019 fifth-round pick back in January of 2019 from the Tampa Bay Lightning in exchange for defenseman Jan Rutta and a 2019 seventh-round pick. That turned out to be a solid deal for both sides, as Rutta went on to help (at least attempt to help) the Bolts win the Stanley Cup this year while Koekkoek was arguably one of the Blackhawks top players this postseason.

The Maatta-Koekkoek pairing worked out quite well for the Blackhawks in the playoffs. The two defensive-minded defensemen shockingly combined for nine points (four goals, five assists) and a +11 plus/minus rating in nine games together. Now, neither of them will be on the Blackhawks opening night roster for 2020-21.

In total, Koekkoek finished with 15 points (two goals, 13 assists) in 64 games across two seasons for the Blackhawks. The 2012 first-round pick of the Lightning never panned out to be the difference-maker that scouts thought he would be a decade ago, but Koekkoek always played well when given an opportunity in Chicago. It was a luxury to have such a reliable, two-way player in the sixth/seventh defenseman spot.

With the current logjam of defensemen in the system and the limited cap space this offseason, GM Stan Bowman and the Blackhawks’ front office felt it was best to let Koekkoek hit the market. By not qualifying Koekkoek, the Hawks opened up another spot for Ian Mitchell, Lucas Carlsson, and potentially other defensemen (Wyatt Kalynuk, Nicolas Beaudin, etc.) who will be pushing for the opening-night roster out of training camp.

For more Blackhawks news and updates, follow the author (@TalkinHawkey) on Twitter. Be sure to check out the author’s daily podcast, Locked On Blackhawks, which can be found on Apple Podcasts, Spotify, and Twitter (@LO_Blackhawks). Photo Credits: Scott Audette/NHL