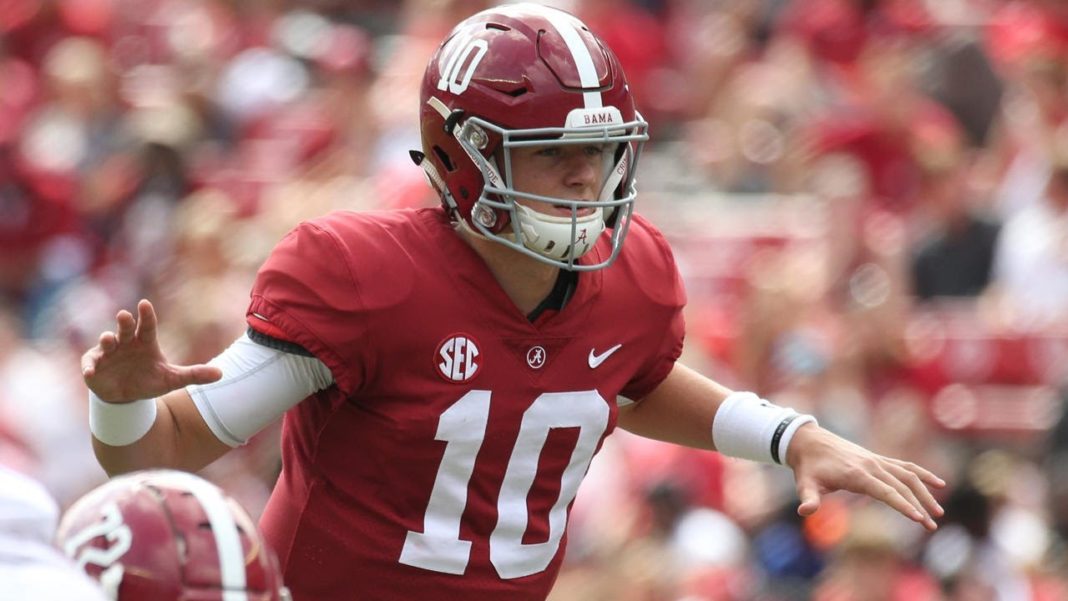 The Chicago Bears 2021 draft plans won’t be set in stone until next spring. So projecting players onto their roster now is rather difficult. That being said, it’s pretty much a guarantee that quarterbacks will be in the conversation all the way. Mitch Trubisky and Tyler Bray will be free agents. Even if Nick Foles remains the starter, the team has to think about adding new blood at that position.

One guy who seems to be gaining a lot of steam in scouting circles is Mac Jones. Alabama is obviously a factory for NFL players and they just got done getting Tua Tagovailoa drafted 5th overall this past offseason. So it isn’t a surprise Jones is garnering lots of attention. Especially when he’s off to such a hot start, throwing for 8 TDs and just one interception through his first three games of 2020.

So how good is this kid?

This is a good showcase of what Jones can do. Most quarterbacks would almost certainly take a sack in this situation. Michigan gets pressure immediately. Jones is able to not only identify it but uses his feet to step up into the pocket to avoid it then quickly gets the ball out to his receiver across the middle despite having to shorten his throwing motion. All while in the process of taking a hit.

Pennington was a solid starter in the NFL for a long time, having success with the New York Jets. He did this by being smart and accurate with the football. However, the biggest knock on him that never truly went away was his arm strength. It was a constant source of criticism since he wasn’t able to unlock the full potential of an offense given his lack of prowess at attacking defenses deep.

Jones is a smart player with enough talent to be a functional NFL start. However, he’ll need a great situation around him in order for those traits to shine. He makes good decisions, is accurate, and can run almost any type of offense efficiently. The lacking athleticism and arm strength though will put a cap on what a lot of teams feel he can do. That is why he will likely end up going on Day 3 of the draft.