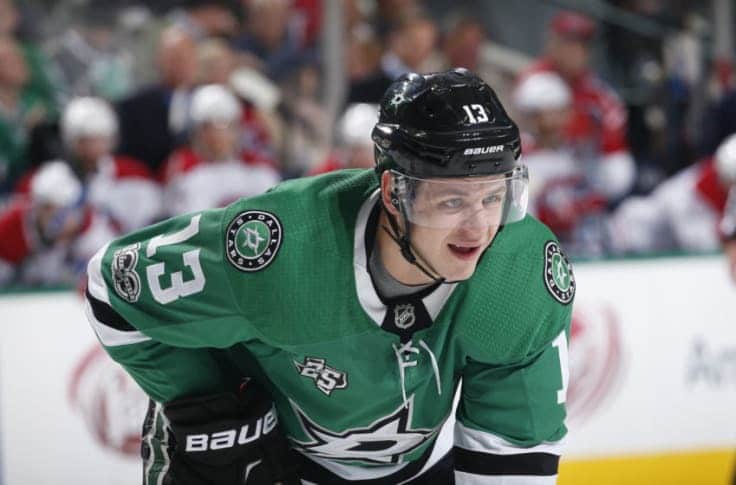 The 2013 third-round pick has spent the past four seasons playing a bottom-six role for the Dallas Stars.

The Chicago Blackhawks offseason continues to be a mystery. After allowing 10-year starter Corey Crawford to hit the free-agent market on Friday, and then trading away top-line winger Brandon Saad on Saturday without netting a prospect or early-round draft pick in return, general manager Stan Bowman muddied up his forward group on Monday by signing forward Mattis Janmark to a one-year, $2.25 million contract.

Janmark, 27, recorded 21 points (six goals, 15 assists) in 62 games for the Stars during the 2019-20 regular season and added eight points (one goal, seven assists) in 26 postseason games during the Stars’ run to the Stanley Cup Final.

Forward Mattias Janmark has inked a one-year contract that runs through the 2020-21 season. #Blackhawks pic.twitter.com/fD3Y8CpJBA

Janmark has been a capable third-liner with 97 points (45 goals, 52 assists) in 173 games for the Stars in his first four NHL seasons. The 6-foot-1, 195-pound forward also has the ability to play both center or wing, although, he’s had more success on the wing with Dallas in recent years. Janmark has also been a frequent penalty-killer for the Stars, which will help the Blackhawks after the loss of Saad.

When Bowman announced that Crawford would not be back for 2020-21, he also made sure to mention how the Blackhawks’ youth movement was going to be a focal point going forward. Well, the addition of Janmark certainly does not go along with that statement. Sure, the Swedish forward could be a viable piece and help out the penalty kill, but he also makes the bottom-six a lot murkier.

2019-20 NLA MVP Pius Suter is expected to make the Hawks opening night roster, as is Andrew Shaw and Zack Smith if they are 100 percent healthy. David Kampf and Ryan Carpenter should be locked in on the fourth line together, and Matthew Highmore could join them if he has a strong training camp. John Quenneville, Brandon Pirri, Philipp Kurashev, and MacKenzie Entwistle all will be making a push from Rockford as well.

Maybe that is a good problem to have for the Blackhawks. Competition should only bring out the best of those players heading into the season. But signing Janmark contradicts Bowman’s commitment to the youth movement in Chicago, which SHOULD take center stage after his decisions over the weekend. The Hawks GM danced around the word “rebuild” in his press conference last week, as the reality of the situation seems to have not yet reached his mind.

With Jonathan Toews, Patrick Kane, Duncan Keith, and Brent Seabrook all signed with full no-movement clauses for the next three seasons, of course, fully rebuilding this team is nearly impossible. But this is as close as it gets. “Retool” will likely be in Bowman’s vocabulary once again in the coming weeks.