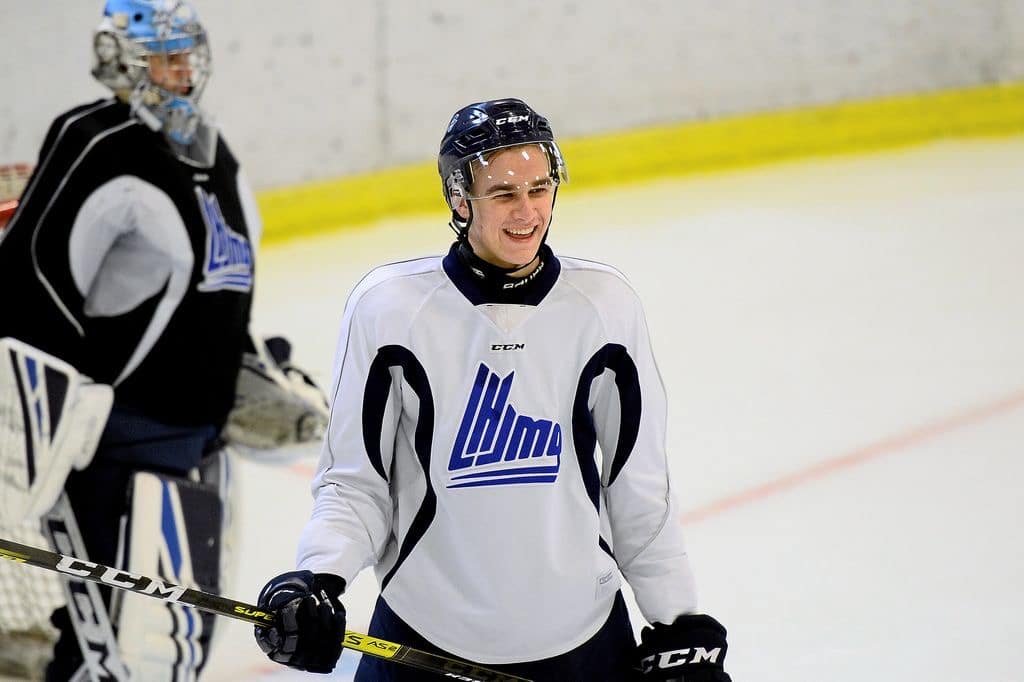 The Chicago Blackhawks traded a 2021 seventh-round pick to the Montreal Canadiens in exchange for the 188th overall pick this year and selected 6-foot-8, 215-pound defenseman Louis Crevier from the Chicoutimi Sagueneens of the QMJHL on Wednesday.

Crevier has spent the past two seasons playing for Chicoutimi, recording 10 goals and 15 assists for 25 points in 103 games. The tallest player in the QMJHL logged close to 20 minutes per game for the Sagueneens last year while being used in most key situations. Crevier is without a doubt still a project at this point in his development, but who doesn’t love a 6-foot-8 defenseman. Come on. Crevier is back with Chicoutimi for a third season in the QMJHL, where he has yet to tally a point in two games.

The Blackhawks went a similar route in the seventh round of the 2019 NHL Draft. With their final pick, the Hawks selected 6-foot-6 defenseman Cole Moberg from the Prince George Cougars of the WHL. Because why not take the biggest player in the draft in the seventh round? Seems to be something GM Stan Bowman and the Hawks’ front office like to do.

Crevier makes for a fun pick, without a doubt, but he also has plenty of upside for a seventh-rounder. Despite his enormous frame, Crevier possesses a smooth-skating ability due to a quick first step and monstrous strides. At 6-foot-8, he (obviously) is very effective with his stick and is hard to beat in one-on-one situations. Crevier also has a strong slapshot and does a good job of putting pucks on net through traffic.

There is a long way to go before Crevier progresses into an NHL defenseman, but it should be an entertaining ride watching his development.