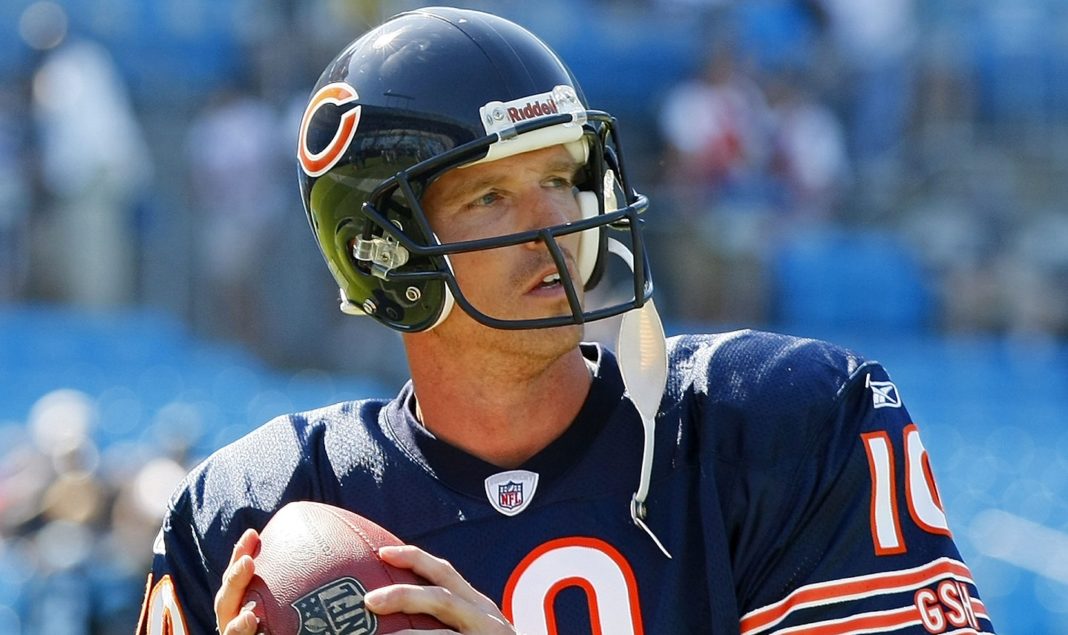 There is building anticipation for the Chicago Bears offense to finally perform Sunday when the team visits Charlotte to take on the Panthers. It will only be the Bears’ fifth time visiting the Panthers since Carolina joined the league back in 1995. In the four games prior, Bears quarterbacks have played extremely poor as history could foreshadow what happens to Nick Foles on Sunday.

The #Bears last two opponents in Nick Foles' 2 starts are 1st (INDY) and 2nd (TB) in Defensive DVOA rankings. The Panthers rank 25th. The Bears have extra rest. This is a game the Bears offense should move the ball and score in the mid-20's at least. Huge game for Nagy's offense.

The Bears first ever game in Carolina came back in week 16 of the 2002 season. With Chris Chandler under center, Chicago’s offense got off to the best start possible as Chandler would connect with wide receiver Dez White on a 76-yard touchdown pass on the second play of the game. Chicago’s next completion would be a 27-yard completion to tight end John Gilmore. After the completion of Gilmore, it would go downhill as Chandler was knocked out of the game in the second quarter with a concussion.

Third-string quarterback Henry Burris would pass for 50 yards and a touchdown but fumbled the ball twice. Chicago would lose 24-14 with 103 of their 163 passing yards come on the first two completions of the day.

Chicago’s next visit to the Panthers’ home would be in week two of the 2008 season. The Bears blew a 17-3 lead as quarterback Kyle Orton was ineffective. Orton would complete 19 passes for only 149 yards. Chicago’s lone offensive touchdown in the 20-17 loss came on a drive that started at the Panthers’ 23 yard-line. Although Orton didn’t turn the ball over, he failed to move the ball downfield as despite for a 32-yard completion, Chicago’s quarterback had 107 passing yards on 18 completions.

The Bears’ only win in Carolina would come in week five of the 2010 season when backup quarterback Todd Collins started for a concussed Jay Cutler. Chicago would beat Carolina by a score of 23-6, but mainly in part to running back Matt Forte. Forte rushed for 166 yards as he recorded touchdown runs of 18-yards and 68-yards in the first quarter. The Bears overcame a terrible performance by Collins as he threw four interceptions and only passed for 32 yards through three quarters. With the game in hand, Caleb Hanie came in and passed for 19 yards in the final quarter.

Todd Collins against the Panthers in 2010 is still a masterpiece. If you need to know how good that Bears' defense was, they WON by 17. pic.twitter.com/o56iGcbUzZ

In 2014, the Bears would get their best performance from a quarterback against the Panthers, but it still wasn’t clean. Cutler would start and lead the Bears to a 21-7 in the second quarter passing for two touchdowns and rushing for the other. The Panthers would come back to win the game 31-24 as the Bears’ quarterback would be intercepted twice and would lose a fumble. Cutler’s 289 passing-yards in 2014 remain the most by a Bears quarterback against the Carolina Panthers.

For the series as a whole between the two teams, Bears quarterbacks have had weird performances altogether. In the two teams’ last meeting in 2017, Bears rookie quarterback Mitchell Trubisky passed for 107 yards on just four completions in a 17-3 victory, which featured two defensive touchdowns.

Mitchell Trubisky only had 4 completions.

Although it is a small sample size of just four games, the struggles of Bears quarterback in Carolina is something to take seriously. In all four games, the team has started a different quarterback and offensive coordinator, but have failed to produce a quality performance. Foles as the opportunity to change that narrative on Sunday, but if he doesn’t, it will be another start added to the history for Bears quarterbacks playing in Carolina.