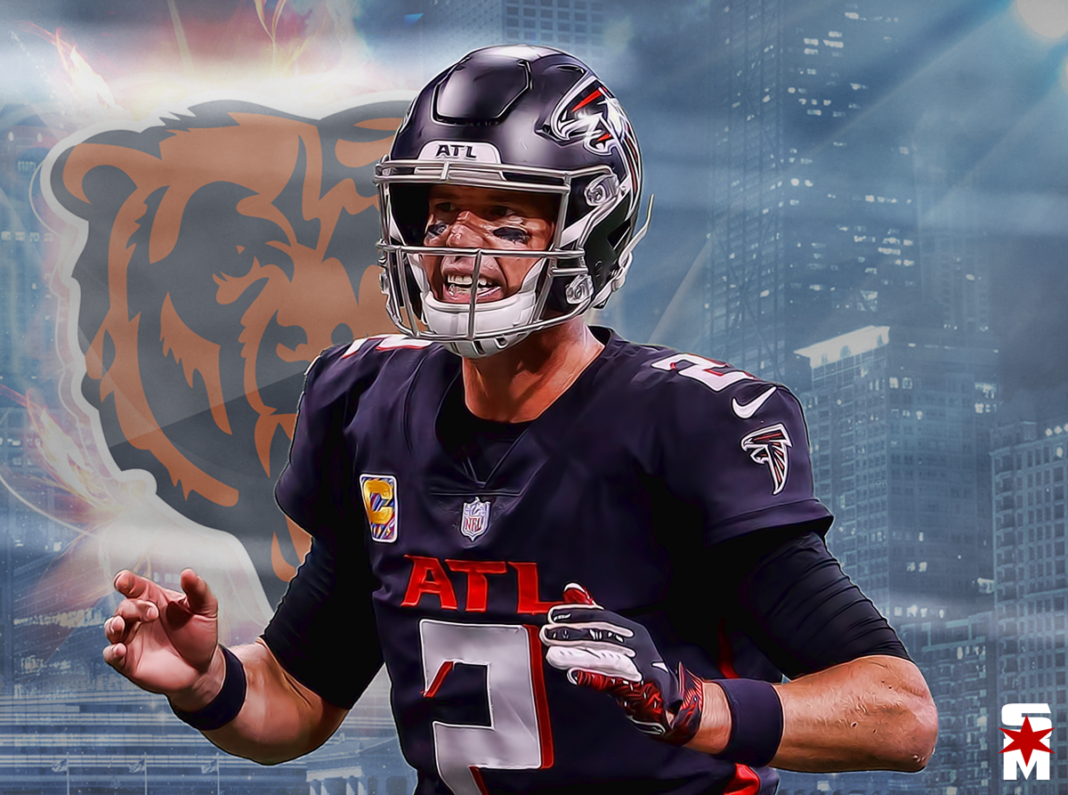 Matt Ryan is probably one of the most overlooked great quarterbacks in NFL history. A four-time Pro Bowler and former league MVP, he’s been the face of the Atlanta Falcons for well over a decade. The guy has done enough to reach the Pro Football Hall of Fame one day. Yet as people have found out so many times before. All good things must come to an end.

The Falcons are 0-5 and just got done firing their head coach Dan Quinn. A year that began with lots of hope now has people focused on what will happen in the coming weeks. Atlanta is squarely in the running for a top 5 pick and maybe even #1 overall. This has people asking the question.

Is it time for the Matt Ryan era to end?

Anthony Treash of Pro Football Focus thinks so. He believes the Falcons would be wise to unload the star quarterback as soon as possible, ensuring their tank status. He even has the perfect trade partner in mind. None other than the Chicago Bears.

“(Nick) Foles’ ceiling is far better than Trubisky’s, thus making him the right choice as the starter. That being said, he is not consistent enough to lead this team on a deep run. Chicago has a contending roster outside of the quarterback position — the team just needs a signal-caller who is reliable and consistent on a throw-for-throw basis. If they don’t make a move now, the Bears are headed for quarterback purgatory.

Long-time Atlanta Falcon and future Hall of Famer Matt Ryan can take this team to contention status. Given the fact that the 0-4 Falcons are in no position to contend in any of Ryan’s final years left of playing and are in the small race for the No. 1 overall pick in the 2021 NFL Draft, trading away the veteran and committing to the tank shouldn’t be off the table.”

The logistics of a Matt Ryan trade would be a nightmare

Falcons owner Arthur Blank made it clear he loves Ryan and understands why people are asking such questions about him. He also stated that the decision to move on or not wasn’t up to him. It would be in the hands of the next GM that replaces the departed Thomas Dimitroff. So the possibility is there.

The problem is pulling it off.

This isn’t just a cut and dry decision to move on. Ryan’s contract makes trading him next offseason extraordinarily difficult. If Atlanta did so, they’d take an additional $3.52 million cap hit and be on the hook for a whopping $44 million in dead money. They could go for a post-June 1st trade which would bring a $23 million cap gain but that brings its own issues.

From the Bears’ side, the fit would be solid. Ryan would likely be right at home in Nagy’s West Coast-style system. However, Chicago isn’t swimming in cap space. As of this week, they’re projected to be over $7 million in the red next spring. That means they’d have to gut a huge portion of the payroll just to fit Ryan’s contract onto the books.

Nevermind the likelihood the Bears wouldn’t be able to retain Allen Robinson under those conditions as well. It just doesn’t feel like a move that is possible, whether the Bears wanted to do it or not. Nick Foles isn’t perfect but he wins football games. In fact, he’s undefeated against Ryan in his career, 2-0 in the regular season and beating him again in the 2017 playoffs.

Chicago seems content with what they have. Ryan is a great player, but he brings too much baggage at this point for them.