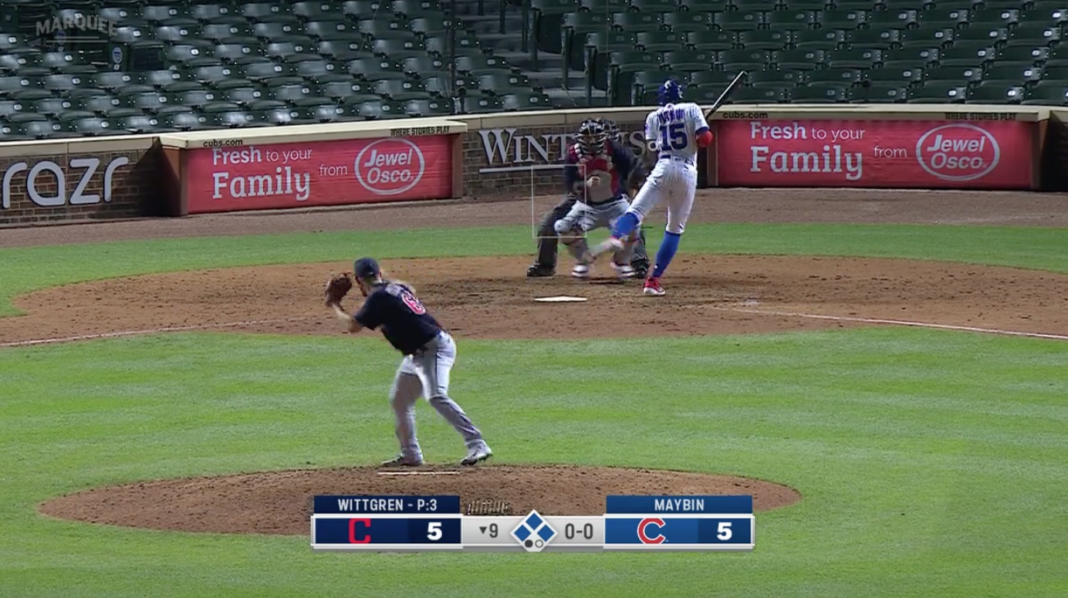 The Cubs had a 5-3 lead heading into the ninth inning of Tuesday night’s game against the Indians, but right-handed reliever Jeremy Jeffress was hit with his first blown save of the season after giving up a game-tying two-run homer by Francisco Lindor.

Fortunately for Jeffress and the Cubs, the offense was able to come right back and put the pressure on the Indians in the bottom of the ninth. After Kris Bryant walked and Anthony Rizzo singled, which allowed Bryant to race around to third base, Willson Contreras was hit by a pitch to load the bases.

And then, Nick Wittgren hit Cameron Maybin on the very first pitch of the at-bat for the walk-off HBP!