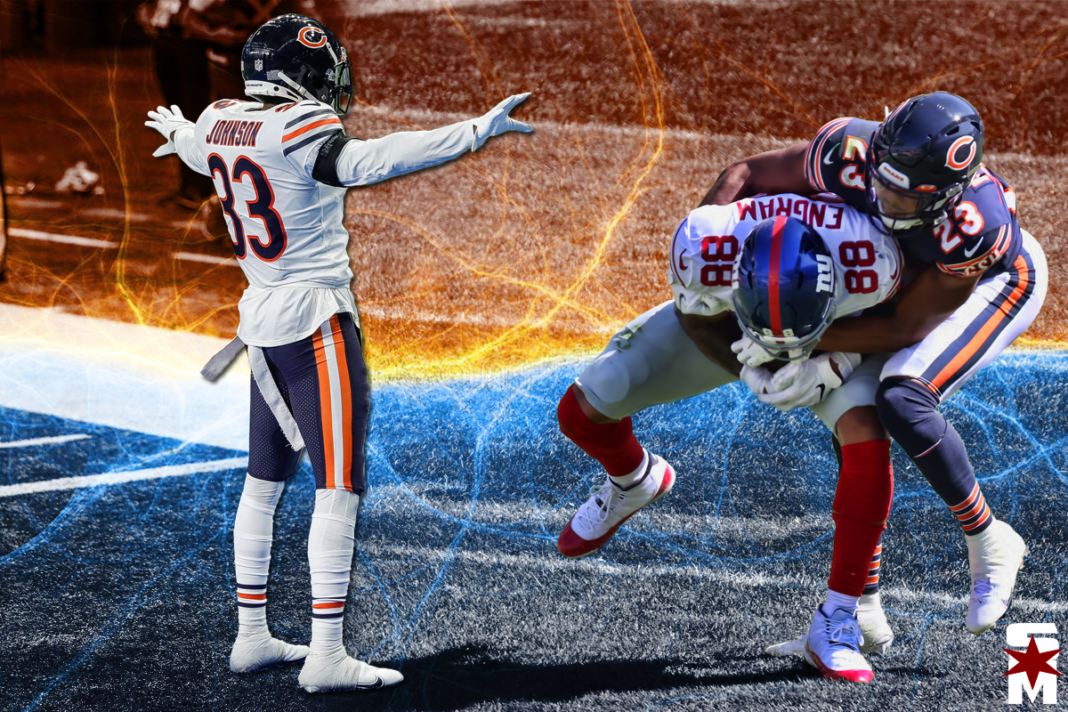 If one looks at Chicago Bears history when it comes to defense, most of the greatness is concentrated in the front seven. Everybody knows the linebackers take center stage like Urlacher, Butkus, and Singletary. Then there are the linemen like Hampton, Dent, and Atkins. Few people ever really talk about a substantial legacy of Bears defensive backs. Especially at the corner position.

There have been some excellent gems over the years. Charles Tillman is the big one. Donnell Woolford, Mike Richardson, and Bennie McRae also stood out. Yet nobody can ever say the team had a pair of true lockdown types. Until maybe this year. As if 2020 wasn’t weird enough, it appears the Bears may have navigated their way into the best cornerback tandem in the NFL this season.

Kyle Fuller is off to the best start of his career, allowing just one catch for seven yards on five targets in two games. That includes an interception and three passes defended. The bigger surprise is Jaylon Johnson. A 2nd round pick back in April, the Utah alum has been superb to start the year. He’s allowed just three catches on seven targets for 55 yards and leads the team with five passes defended.

One of which resulted in Fuller’s interception.

Chicago Bears may have something special brewing

There is no question the excellent play of these two young men is a huge catalyst for why the Bears rank 3rd in the NFL in points allowed this season. Johnson saved the game in Detroit two weeks ago with a last-second pass deflection. Fuller was suffocating all day against the Giants. Their presence has undoubtedly helped the front seven deliver five sacks in the first two games along with numerous pressures that led to bad offensive plays.

Most forced incompletions among rookie DBs

Fuller shouldn’t be a surprise at this point after two Pro Bowl seasons in 2018 and 2019. It’s Johnson who is a stunner. Understand this. He had no minicamps or OTAs this offseason because of COVID-19. He also started with fewer reps in training camp because he was rehabbing a shoulder issue. For him to be this good already? It speaks not only to his talent but also his work ethic.

Their first big test of the season is on the horizon though. Julio Jones and Calvin Ridley await in Atlanta. It will be fun to see if these two continue to grow as a tandem. If they reach their full potential? This Bears defense could end up being even more complete than it was two years ago.