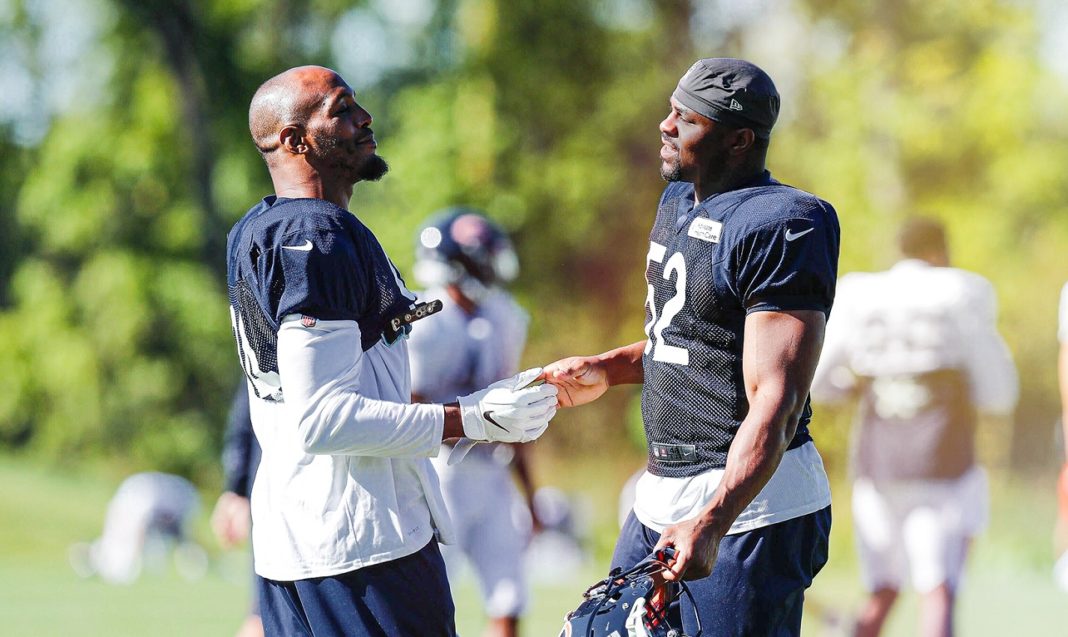 The Chicago Bears defense didn’t exactly get off to the start they expected on opening day. Not only did they allow 23 points, but they also gave up over 100 yards rushing and a dropped pass from giving up even more points. Not to mention losing the game. Thankfully it didn’t go down like that. Still, it was undeniable a lot of players in that group were not happy how the game played out.

To be fair though, the defense wasn’t at full strength. They were already playing without star nose tackle Eddie Goldman, who opted out of playing this year. Then the news got even worse days before the game. Robert Quinn, their prized free agent acquisition this spring, suffered an ankle injury last week. This forced him to miss practice and declared inactive for the Lions game.

Thankfully that extra rest time seems to have had a positive effect. According to head coach Matt Nagy, expectations are Quinn should be limited in practice this week. This was later confirmed on the Bears injury report.

If this holds true over the next couple of days, it’s likely Quinn will be questionable for Sunday against the New York Giants. That gives him a 50/50 chance to play. However, given that Khalil Mack played under those same conditions last week it stands to reason the odds favor Quinn making his Bears debut at Soldier Field.

This is great news. The defensive pass rush wasn’t effective enough last week, notching just one sack courtesy of Akiem Hicks. Mack did have several pressures but it’s clear the Bears need more from that group. Quinn had 11.5 sacks last season. His ability to generate heat on the QB is proven. A chance to see him and Mack across from each other is something fans have eagerly awaited for months.