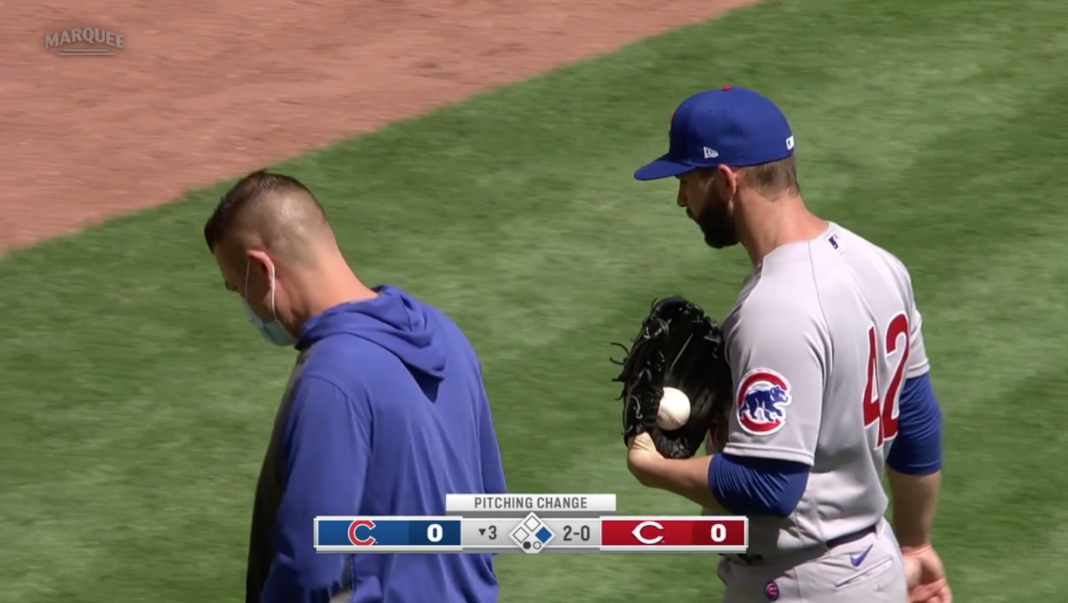 While the Cubs haven’t said Tyler Chatwood is officially out for the rest of the 2020 season, the latest update on the right-handed pitcher points to that being a reality soon.

Chatwood last pitched against the Reds on Aug. 30, in Cincinnati. He left the game in the third inning after bouncing a pitch in the dirt and immediately calling for the team trainer. He was placed on the injured list at the start of September, but the Cubs were hopeful he would return despite the forearm injury.

However, on Tuesday, Cubs manager David Ross said Chatwood had a setback and has once again been shutdown for the time being.

David Ross says RHP Tyler Chatwood (forearm) didn't feel good. Ross says he was pushing hard, but he's going to be on the shelf. His season is likely in jeopardy. #Cubs

Chatwood was trying to get to that next gear, Ross said. “(Elbow) wasn’t feeling good.” A lot of caution now

Chatwood, who’s in the third and final year of his deal with the Cubs, has only made five starts this season. Before this arm injury happened at the end of August, Chatwood missed almost three weeks of action because of a back issue.

With two off days this week the Cubs won’t need a fifth starter until they’re on the road in Pittsburgh next week. With Chatwood seemingly done or close to it, rookie right-hander Adbert Alozlay now has a clear path to win a spot on the postseason roster.