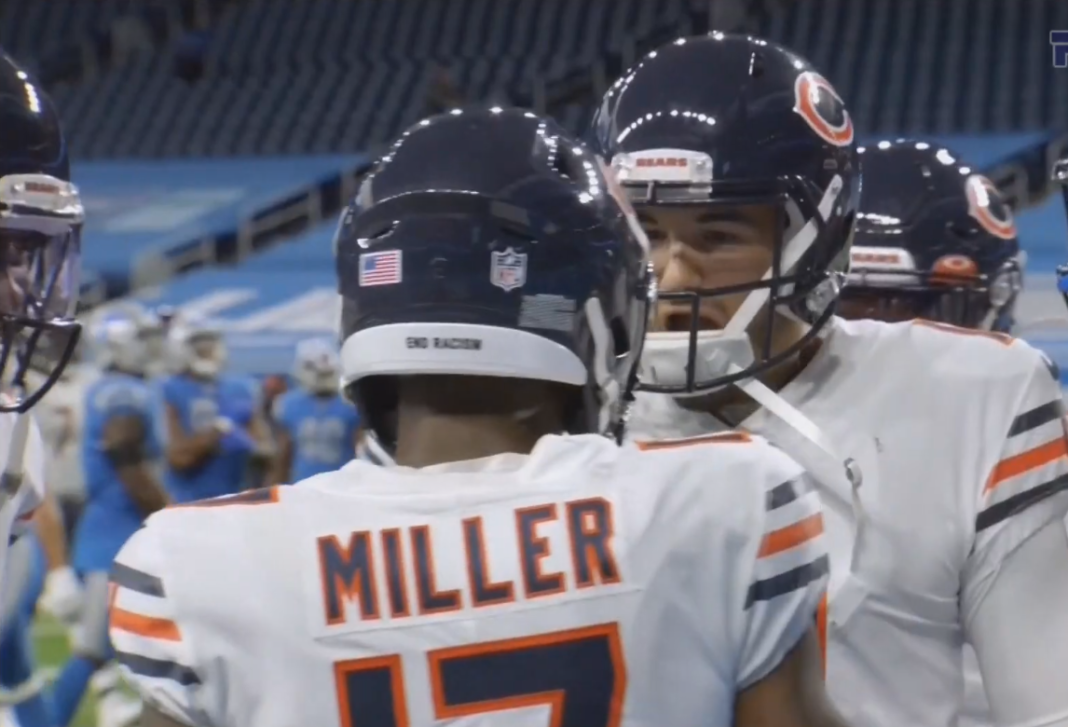 Watching what unfolded with the Chicago Bears in Detroit was exciting enough. Most fans can probably still envision almost every second in their minds. The ugly first three quarters. More bad quarterback play from Mitch Trubisky. An uncharacteristically generous defense. Nothing clicking. Just an absolute nightmare.

Then things got nuts in the 4th quarter. Showing almost a degree of desperation, Trubisky delivered three-straight touchdown passes to pull ahead 27-23. The last one being maybe one of the best throws of his career. The defense held the Lions to just three points in the final 25 minutes and somehow the Bears escaped with their first opening day win since 2013.

Yet there might be one thing that can make it better. Reliving the entire comeback sequence with the magical treatment of NFL Films. Complete with pristine sideline shots, slow motion, and deep voiceover. Courtesy of Inside The NFL on Showtime, the Bears were showcased for a full two-minute sequence. Enjoy.