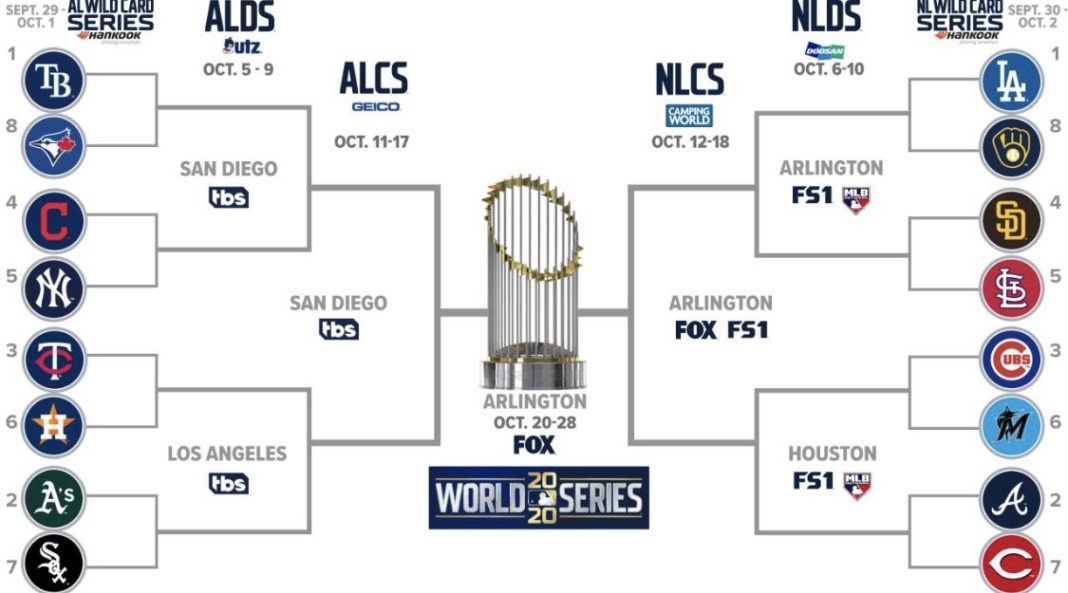 Both Chicago baseball teams are headed to the 2020 MLB postseason, as the Cubs will host the Marlins at Wrigley Field beginning Wednesday, while the White Sox travel out west to take on the A’s for their best-of-three wild card round series starting Tuesday.

The American League will kickstart the playoffs on Tuesday and that’ll feature the White Sox playing in the afternoon in Oakland. So, nobody has to worry about staying up late to watch the Sox just yet, as the first two games vs. the A’s will be at 2 p.m. Chicago time.

First pitch for a game three (if necessary) is TBD.

White Sox play at 2pm CT on Tuesday and Wednesday on ESPN. After that, who knows, man?

Meanwhile, the Cubs will also get their share of afternoon baseball, hosting game one against the Marlins at 1 p.m. Chicago time on Wednesday.

The series opener at Wrigley Field will be on ABC.

So far only Tuesday’s and Wednesday’s games have been scheduled with official times. Speaking of Wednesday, there will be eight games, with the Reds and Braves starting the festivities at 11 a.m. central time.

Here’s the schedule for the wild card round. Again, game times after Wednesday are TBD right now. 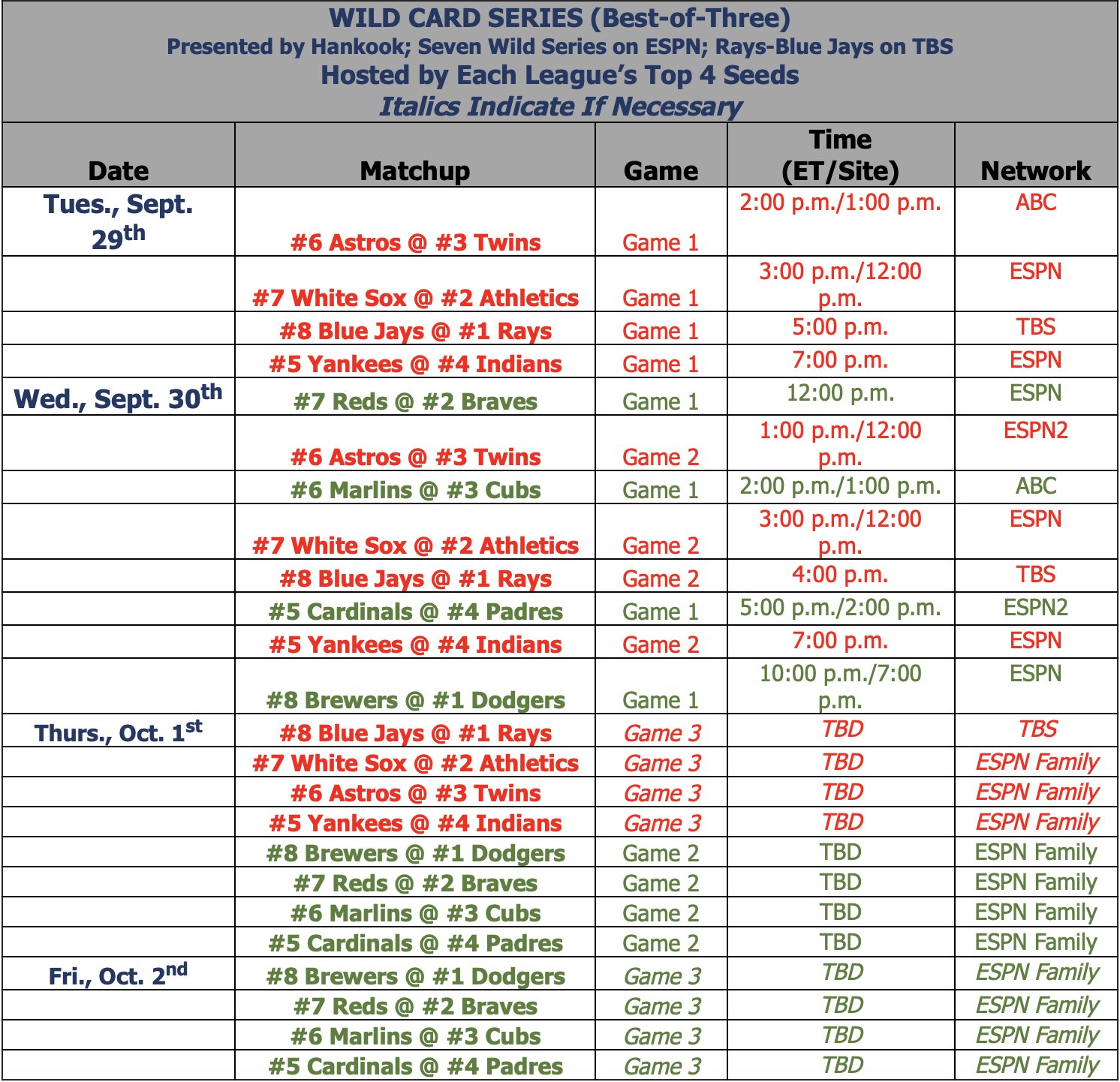