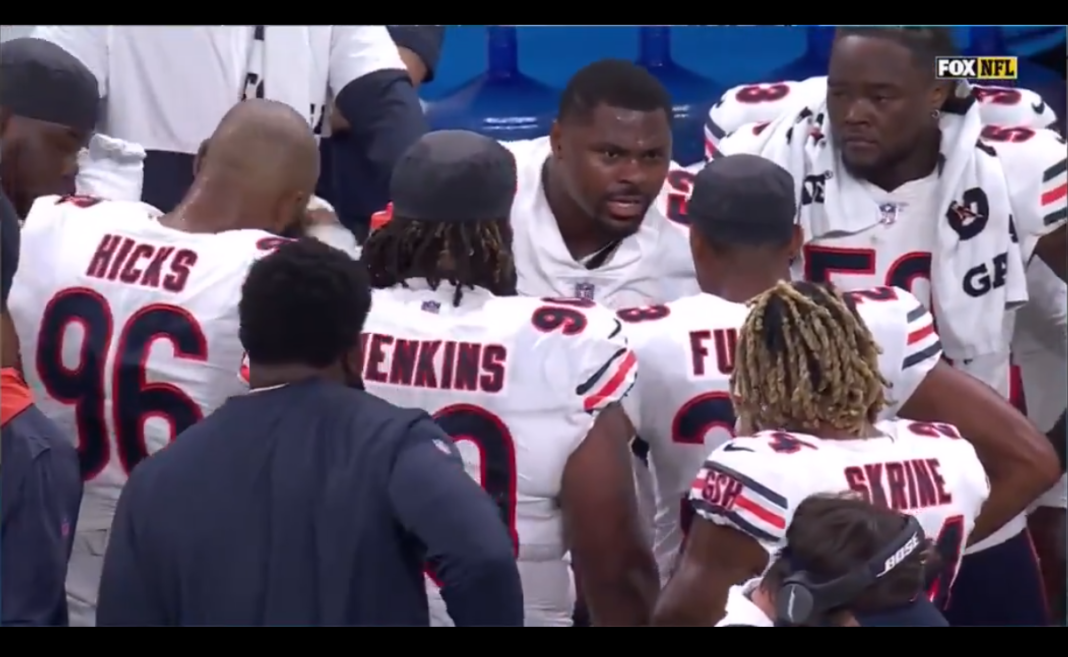 The Chicago Bears defense looked stunned. They were supposed to be one of the best units in the NFL. A group other teams feared. Yet five minutes into the 3rd quarter of opening day, there was no fear in the Detroit Lions’ eyes. They’d just marched down the field for another touchdown, opening up their lead to 20-6. The game was in danger of becoming a blowout. Defensive players looked stonefaced and demoralized on the sideline. Somebody had to say something. Surprisingly, that somebody was Khalil Mack.

It’s important to understand. Mack isn’t known for being a guy who talks a lot. He leads more by example with his outstanding play. However, it seems last season taught him some valuable lessons about leadership. Simply being great on the field isn’t enough. If he wants to win a championship he must embrace his other roles as a superstar. That means getting vocal with teammates when necessary.

That was on display following Detroit’s score. He gathered the defense on the sideline and was seen talking to them in an animated fashion. They seemed to get the message from their reaction. Based on what followed, it did the trick. Chicago allowed just three more points in the final 25 minutes. They sacked Matthew Stafford to force a long field goal that was missed. Then Kyle Fuller delivered a game-changing interception.

It was hardly a game up to their standards, but the defense stepped up when they had to. Mack deserves a ton of credit for making that happen.

Khalil Mack and the defense will need to be better

While it was great to see them deliver in the clutch, the reality is the defense in general looked bad. They struggled to stop a 35-year old Adrian Peterson on the ground and were aided by some ugly drops by Lions receivers in the final minutes. Just one sack on Stafford all game long too. Not the dominant showing they were hoping for. This is something that needs to change if this team is going to have a shot at the playoffs.

The good news is they played that bad and still won. Those early jitters are out of the way. Now they can start to focus on playing their style of football. Fast and aggressive. This group is way too good not to.

Darnell Mooney The Next DeSean Jackson? Former Exec Thinks So