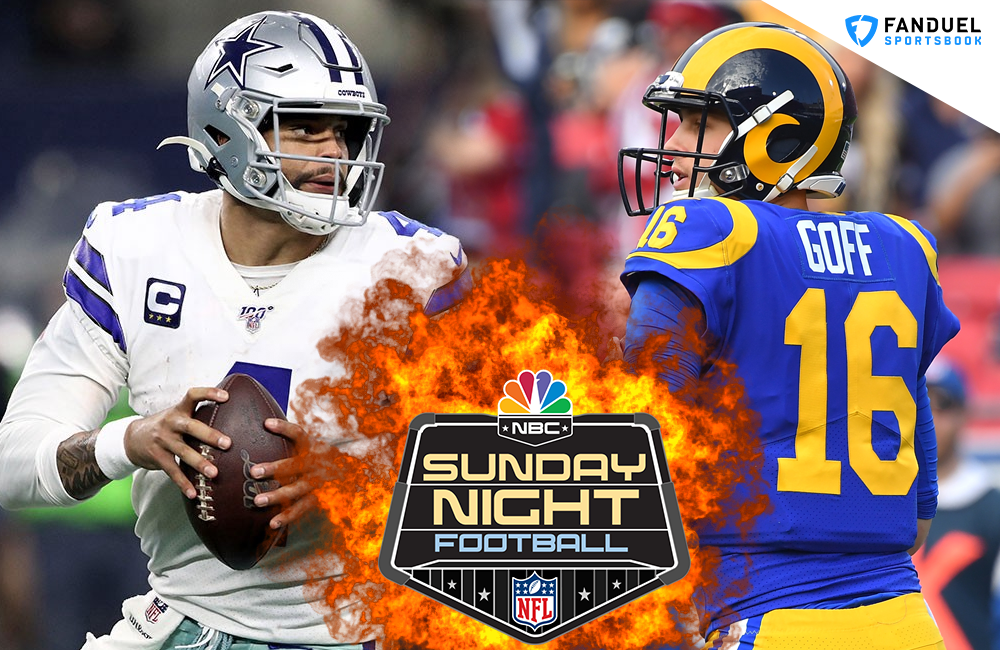 The NFL season is upon us and it’s legal to bet on football in Illinois.

Let us repeat that, it’s legal to bet on football in Illinois!

FanDuel is known as the app that lets you draft a new fantasy team every week and compete for cash prizes, it’s pretty cool. Now they’ve added betting.

The FanDuel Sportsbook in Illinois has this crazy promotion available. It’s called SPREAD THE LOVE.

Here’s a few other things to consider…

If Rams fans can move the line at least 4 points by placing wagers on them in the FanDuel Sportsbook app, then that three points will turn into a touchdown. Those odds would likely swing into the Rams’ favor considering they are the home team. The Rams beat the Cowboys 30-22 knocking them out of the playoffs late 2018. The Cowboys won 44-21 the last time they played, but that wasn’t a playoff game.

This is a very highly anticipated game for several reasons, one of them being the absence of Todd Gurley. Gurley played the last five seasons with the Rams and scored 70 touchdowns, what will the team look like without him in the backfield? The latest reports indicate the Rams will use a “three-headed monster” which essentially means it’s a committee approach. Rookie Cam Akers is the most highly anticipated in the group.

With the legalization of sports betting in Illinois, Sports Mockery will be providing coverage on these promotions to give you opportunities to win. The FanDuel sportsbook is a simple app you can download to make safe, and legal, bets on the fly.

FanDuel Sportsbook is officially LIVE in Illinois, and you can start betting today!

If you are interested in Illinois Sports Betting but not the Rams vs. Cowboys, check out the $1,000 risk free bet. FanDuel Sportsbook has the best bonus in Illinois. It’s a $1,000 risk-free bet without any play-through requirements on your winnings. Its a very good deal, you can win up to $1,000 without losing any money. When you win the money, you can take it out without any additional requirements for reinvesting it into another bet.