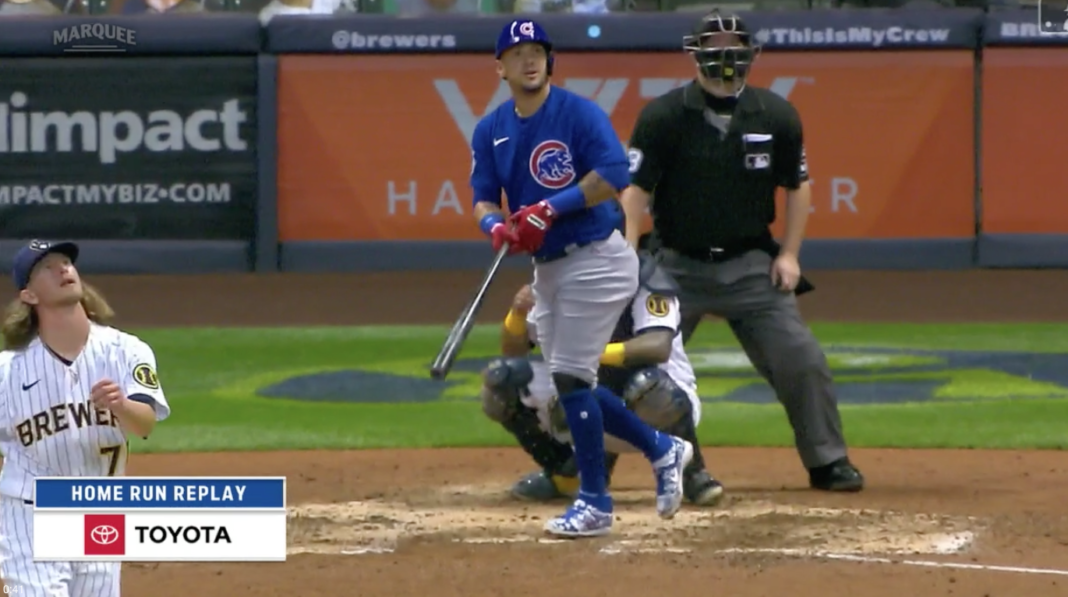 The Cubs begin their Wild Card round series against the Marlins today at 1 p.m. with Kyle Hendricks making the Game 1 start on the north side. The Cubs released their 28-man roster for the opening round of the postseason and there was at least one mild surprise.

We knew that pitching prospect Brailyn Marquez wasn’t going to make it onto the playoff roster after his rough debut Sunday, but the Cubs also left off right-handed reliever Duane Underwood Jr.

Instead the Cubs opted to add a third catcher in Josh Phegley and activated switch-hitting infielder Ildemaro Vargas from the injured list.

Here is our 28-man roster for the Wild Card Series!#FlyTheW pic.twitter.com/ULkJucCzKU

So, that means Jason Kipnis is getting the start at second, while Victor Caratini is the DH.

And today’s conditions at Wrigley should favor the Cubs, as the wind is going to be howling out to right field early on.

Forecast on track, isolated showers, but wind the major factor:

But the key word is early because the forecast projects the wind to change direction during the game.

One quick note on the Wrigley wind today, while winds will initial be blowing out to right (with some gusto!), we'll see a wind shift in-game. Winds will gradually shift more left to right by the end of the game, so the best hitting weather will come in the early innings. pic.twitter.com/p0WkvZyzAF