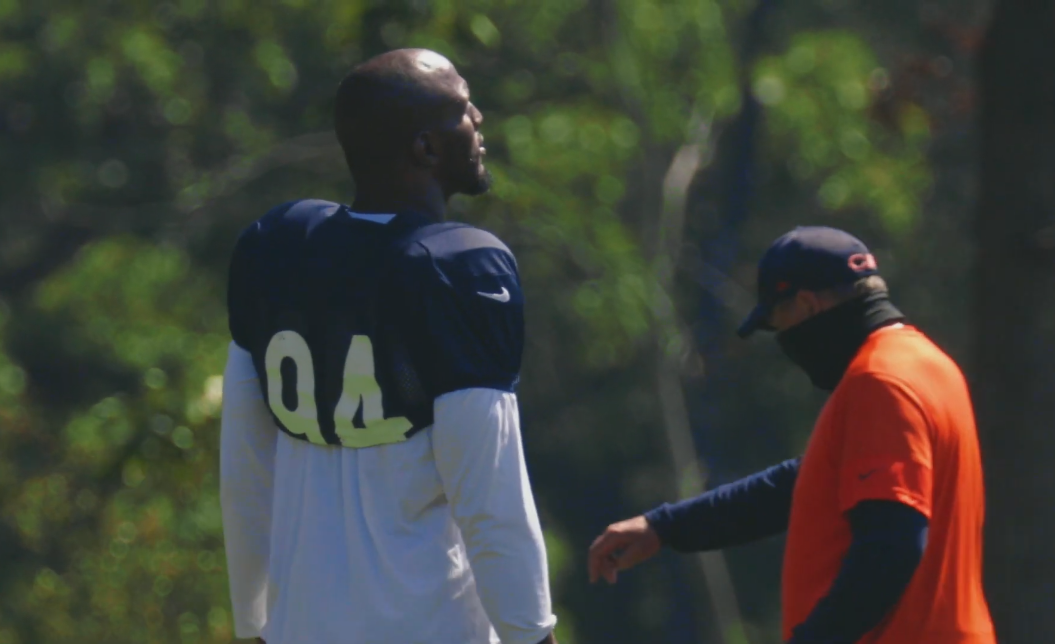 People talk about the quarterback being the most pivotal part of the Chicago Bears having a successful 2020 season. Yet probably on equal footing with that is the health of their defense. It is the best thing this team has going for it. They need their star players to play like it in order to have any prayer of achieving their dream of winning a Super Bowl.

So one can imagine people in the building weren’t tickled when it became clear that Robert Quinn, their prized free agent signing from back in March, likely won’t play in the opener against Detroit. At some point this past week the veteran pass rusher suffered an ankle injury. This forced him to the sideline and he ended up missing every practice.

The Bears have since declared him doubtful for Sunday. Not exactly the start he or the team was hoping for. Quinn signed a five-year deal worth $70 million this offseason. Fans will have to wait at least one more week to see him paired up with Khalil Mack.

All of that being said? It’s not like the Bears pass rush is in dire straights without Quinn. Khalil Mack is expected to play and he’ll be reunited with a healthy Akiem Hicks. As a pair, those two were unblockable at times between 2018 and early last season. They also have Bilal Nichols and Roy Robertson-Harris in the mix. Both of whom have shown flashes of pass rush ability.

Right now expectations are veteran Barkevious Mingo will fill in for Quinn as the starter. Backup James Vaughters and rookie 5th round pick Trevis Gipson should see some snaps as well. It’s not the ideal scenario the Bears were hoping for. Still, they have enough horses in place to keep Matthew Stafford uncomfortable on Sunday.

Chicago Bears Add Some Quality Depth At Inside Linebacker