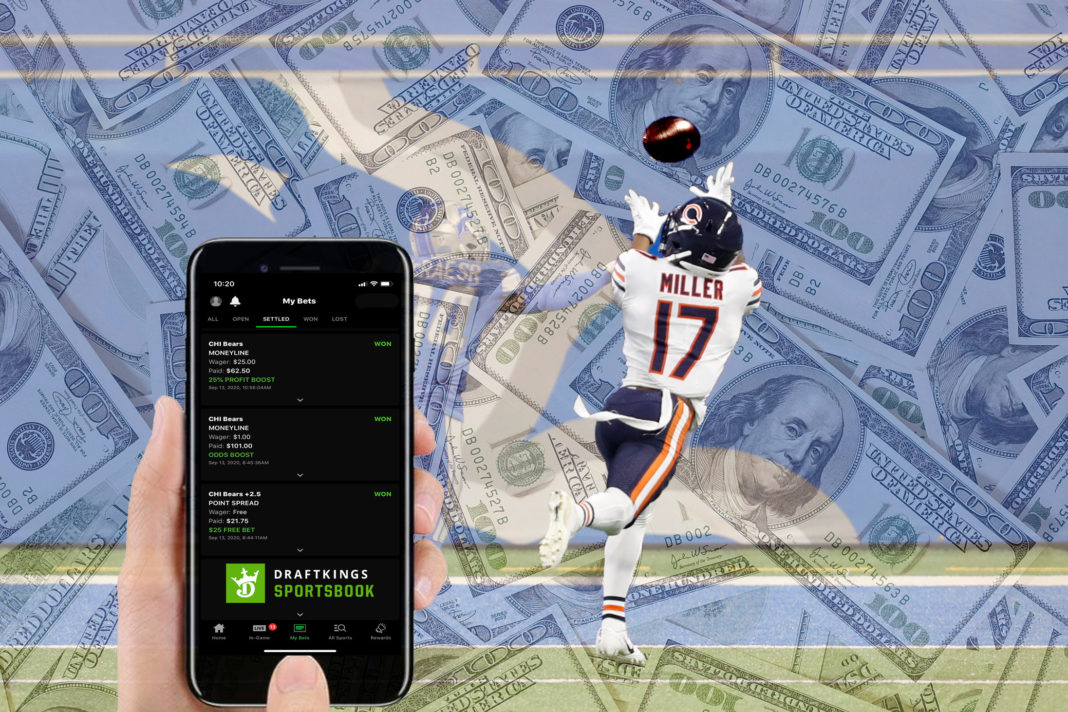 With the recent legalization of sports gambling in Illinois, Chicago fans are jumping at the opportunity to bet on their favorite teams. The Bears opened the season with a win in Detroit and both Chicago baseball teams are in first place. What a time to be alive.

The Bears were a 2.5 point underdog heading into Detroit yesterday but they pulled out a thrilling 27-23 comeback win giving Chicago fans something to celebrate.

Anyone that bet money on the Bears yesterday was a winner. What a way to kick off Week 1 in the NFL for Chicago!

Did you see our tweet about the DraftKings promotion? Betting $1 on the Bears yesterday could have won you $100. If you didn’t see it don’t worry, there will be more to come.

Heading into Week 2, the Bears are the favorite at -6. The over/under is currently 40.5 and betting the Bears on the money line will be -285. These numbers obviously indicate that the general public expects Chicago to pounce the New York Giants in their meeting next week at MetLife Stadium. The Giants kickoff their season tonight against the Pittsburgh Steelers on Monday Night Football.

Depending on the outcome of tonight’s game, the current line could easily shift.

The obvious elephant in the room for fans looking to bet on the Chicago Bears is Mitch Trubisky. After three dreadful quarters to open the 2020 season, Trubisky was lights-out in the 4th throwing for three touchdowns, including the go-ahead score to Anthony Miller. The question now becomes, who shows up next week? Will it be the Trubisky of the first three quarters, and virtually all of last season, or the guy who showed poise leading his team to victory during the 4th quarter? With a solid running game behind him, let’s hope it’s the latter.

We will make our official pick for the game as Sunday draws closer.

Did you see our article about the best apps to use for sports betting in Illinois? The promotions are crazy for the NFL opening weekend, and there’s more to come. The ability to bet on games changes the entire experience watching sports in Chicago. Here’s a list of the best apps to use.

Matt Nagy Almost Benched Trubisky Earlier Than He Actually Did