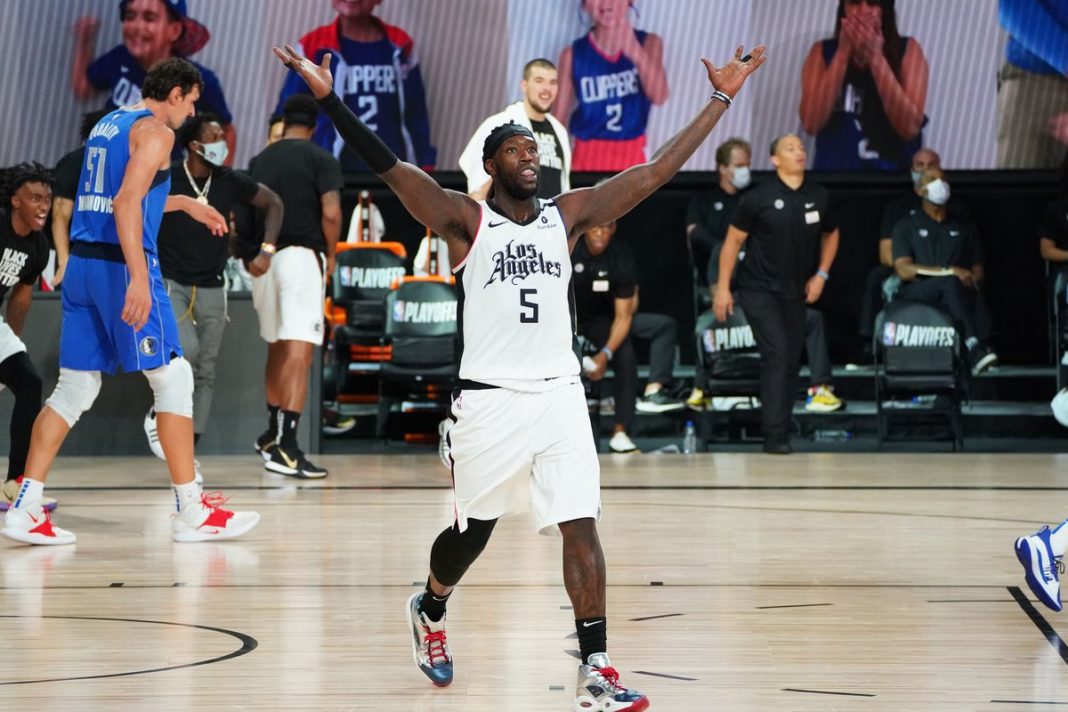 Now that the Bulls have a new head coach in Billy Donovan the focus will shift to roster improvements. The Bulls have a young core with a starting five that includes PG Coby White, SG Zach LaVine, PF Lauri Markkanen, and C Wendell Carter Jr. The one exception in the starting lineup is forward Otto Porter Jr. who just finished his 7th season in the league. The bulk of the Bulls roster is made up of young guys who are still honing their craft. News came out yesterday that the Bulls are expected to have an interest in Clippers forward/center and 2020 Sixth Man of the Year, Montrezl Harrell.

According to @AmicoHoops, the Chicago Bulls are expected to show interest in signing Montrezl Harrell.

Harrell will be a free agent this offseason.

Harrell spent two years with the Rockets before coming over to the Clippers where he has shown major improvement. Earlier this month Harrell was honored as the Sixth Man of the Year after a breakout season.

Montrezl Harrell is your 2019-2020 Sixth Man of the Year 🔥#NBAAwards pic.twitter.com/YLeBRVz8O6

During the regular season, Harrell averaged 18.6 PPG and 7.1 RPG. In his 3rd season under Clippers head coach Doc Rivers Harrell made a major impact. However, once the team made it to the playoffs Harrell fizzled out. During the bubble playoffs, he averaged 10.5 PPG and 2.9 RPG over a 13 game span.

Would Harrell be a good fit?

At this stage, he doesn’t appear to be a good fit for this team. Were his stats good this season? Absolutely. The main concerns are that once he got into the playoffs his play regressed, he also got into some arguments with his teammates and members of other teams.

According to @ChrisBHaynes, Paul George and Montrezl Harrell got into a “heated verbal exchange” during a timeout in Game 2 after two careless turnovers from PG.

While it’s true that basketball can get heated sometimes, it’s never a good sign to see teammates getting into heated exchanges mid-game. Earlier in the Clippers playoff run Harrell found himself in more hot water when he called Dallas Mavericks Forward Luka Doncic a “bit** a** white boy”. Harrell later apologized to Doncic but that’s not a great look for someone who is only in the 5th season of their career.

While Harrell has shown improvement over the last few years he doesn’t seem to be a need for this team right now. The Bulls have centers Wendell Carter Jr. and Daniel Gafford. At power forward the team has Lauri Markkanen and Thaddeus Young. At this stage, I would imagine that Harrell is looking for a big contract and a starting position. The Bulls aren’t going to offer that. Harrell doesn’t appear to be a need at this stage. The Bulls should go another direction if they plan to bring in a free agent.