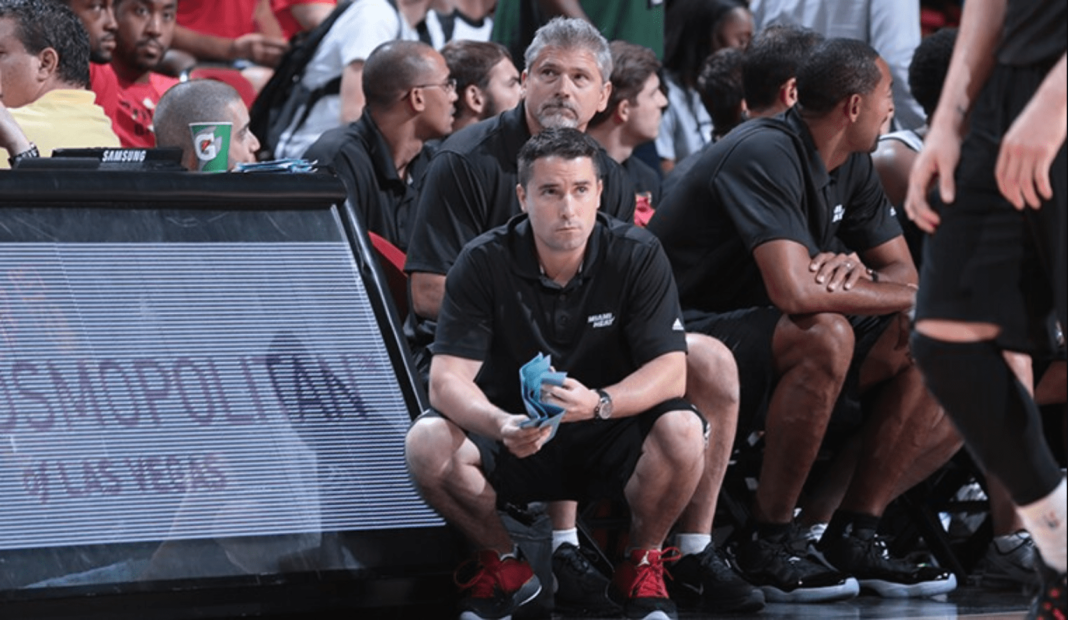 The Bulls have a long list of coaches they intend to interview over the coming weeks. One candidate has come to light this week and it is reported that the Bulls are very interested in him. Longtime Miami Heat assistant coach Dan Craig was granted permission to interview with the Bulls.

If you are unfamiliar with Craig let me give you a little bit of his background. He has been with the Miami Heat since 2004 except for in 2015-16 when he coached the Sioux Falls Skyforce. During that year he won the G League championship and was named Coach of the Year. He has been an assistant coach under Erik Spoelstra since 2012. Craig also spent some time working with Greg Popovich and the USA Basketball training camp in 2018. Craig will be interviewing with multiple teams in need of a new head coach this off-season. Erik Spoelstra has nothing but praise for Dan Craig.

DC’s a well-schooled, well-drilled basketball coach,” Spoelstra has said of Craig. “This guy’s ready to be a head coach right now in the league.

It’s always hard to judge if an assistant coach is ready to take the leap and be a head coach. But with Craig, he has a year of head coaching experience and in that one year, he won the G League championship and coach of the year honors. With the run that Miami is having in the playoffs right now, that will only increase the desire to pull Craig away from the Heat.

Would he work out for the Bulls?

The Bulls are in need of someone who can come in and take control of this team. They need someone who can be trusted in the locker room. Craig could be a good fit for that. Craig is a Spoelstra protege and was with the team when they won the championship in 2012 & 2013. He has experience when it comes to being part of a winning team. He has head coaching experience in the G League. Dan Craig is a well-known name throughout the NBA but outside of that most people wouldn’t know him. That could be a good thing for this Bulls team. Bring in someone who isn’t a big name but has a good reputation in the league.

The Bulls have some time to fill their head coaching vacancy but the sooner they fill it, the better. This would give the new head coach time to get to know the players and develop a plan for next season. With the Heat still being in the playoffs, the Bulls may have to wait just a little bit longer. The Bulls are tied to many head coaching candidates at the moment and in the coming months that group will begin to thin out.