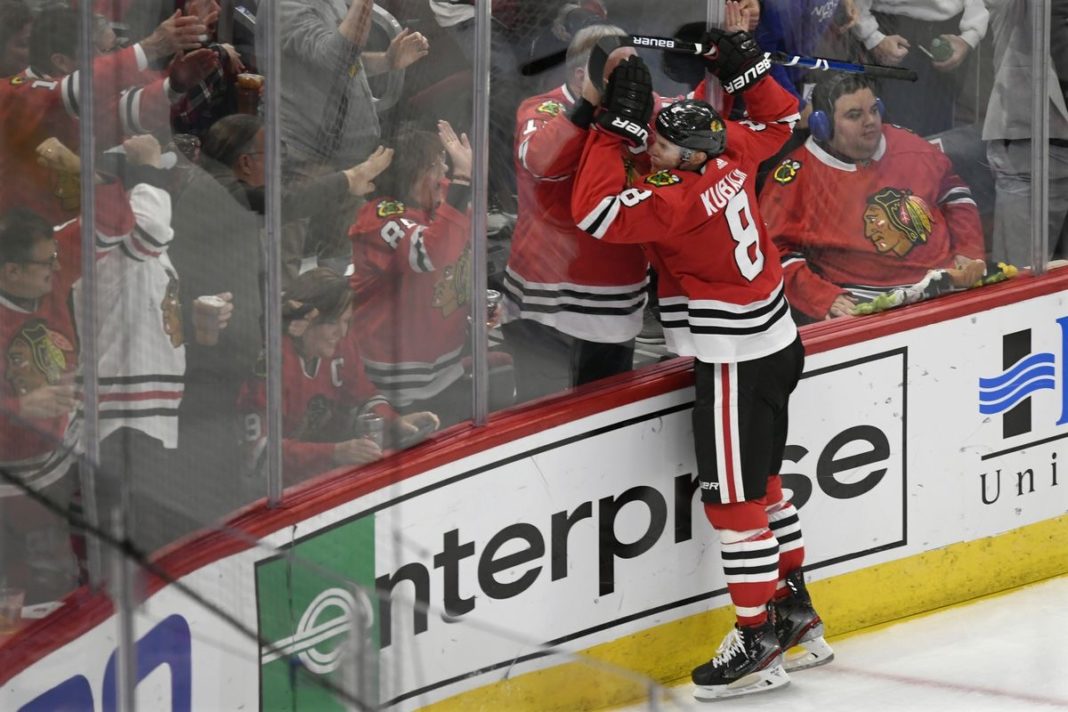 Kubalik is a finalist for the NHL’s Calder Trophy, which gets annually awarded to the league’s top rookie.

“When I found out (that I made the team), the first thing I did was write everybody back in Czech (Republic) that ‘I’m coming back to Prague for the first game,'” Kubalik said. “From that moment, it made a nice story. Everything starts in Prague … It was something special and I’m really happy that with my first game I could have family there and friends. That means a lot for me and that’s one game I’m going to remember for the rest of my life.”

A former seventh-round pick of the Los Angeles Kings in 2013, Kubalik was not known by many in Chicago at the time of his acquisition, which cost the Blackhawks merely a fifth-round pick. But what a transaction that would turn out to be for general manager Stan Bowman, as Kubalik would go on to record 30 goals in his inaugural NHL season, which led all first-year players by 10.

“I didn’t expect this season,” Kubalik said of his year. “The first goal was to make the team. That happened. The second goal was to play the first game in Prague because that was something big for me. When the year went on, you start feeling more and more comfortable and you’re starting to reach your goals and you still want more and more. That’s what I want for next year. I want to get better. I need to get better.”

Even after a stellar rookie year, the 25-year-old Czech winger knows he can still improve in all areas of his game. Assuming that the Blackhawks will be able to resign Kubalik, who is set to become a restricted free agent on Oct. 9, then he is going to be a vital piece of the franchise’s turnaround. The Hawks are hopeful players like Kubalik, Kirby Dach, and Adam Boqvist will continue to develop and take the reins from the likes of Patrick Kane, Jonathan Toews, and Duncan Keith.

“Just to be in the locker room with guys like ‘Kaner,’ ‘Tazer,’ ‘Seabs’, and those guys, it’s cool every day,” Kubalik said. “You can learn a lot and I try to learn every day. It’s great watching those guys and what they do on the ice and off the ice and to get used to the traveling and all that stuff. That’s something that’s going to help me next year for sure because I know how to handle it and what to do. All those little details, it might seem small, but in the overall year you look back and you’re really happy that you’re more experienced. You know what to do. You’re not just a guy who’s going to show up for the first time. That’s great and I’m really happy for that.”