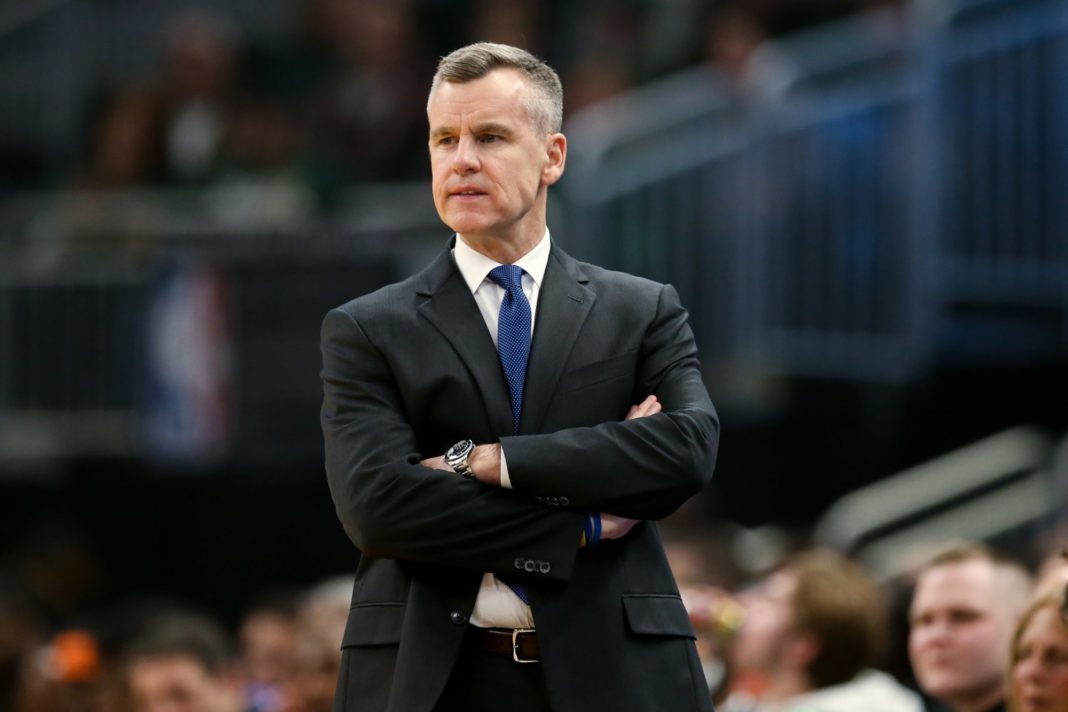 The news came out of Oklahoma City yesterday that the team and head coach Billy Donovan have mutually agreed to part ways. Donovan spent the last five years as the head coach of the Thunder. Over his five year tenure, he amassed an overall record of 243-157 (.608). As the Bulls are finishing up their first round of interviews with candidates it looks like Billy Donovan’s name will be added to the list.

This is to be expected considering Donovan’s exceptional year this season. Going into this season everyone expected the Thunder to do poorly after just losing Paul George and Russell Westbrook. However, this group led by Chris Paul ended the season with a record of 44-28 and took the Rockets to 7 games in the first round of the playoffs. In a season when many thought tanking would be the only option they were a five seed in the stacked Western Conference. There are many factors that brought them to this outcome but one that can’t be ignored is Billy Donovan.

Donovan is well respected among his peers and by all accounts a solid basketball coach. Donovan spent 21 years as a head coach in the college game before coming to OKC in 2015. During that time he won 2 NCAA championships, 4 SEC tournament championships, 6 SEC regular-season championships, and 3 coach of the year awards. This also might be the perfect time to bring in a coach like Billy Donovan. He clearly has the experience working with younger players and knows how to focus on player development. The Bulls have a very young team and need someone to come in and put the focus on improvement.

Didn’t he lose with all-stars on the roster?

I know what a lot of people are probably thinking about Donovan, didn’t he lose on more than one occasion with great players on the team? The answer to that is simply, yes, he did. During his time in OKC, he had teams that featured Kevin Durant, Russell Westbrook, and Paul George. He had a lot of talent on his teams and in his first year with OKC he took them to the conference finals where they blew a 3-1 lead to Golden State. Since that time his team has lost in the first round of the playoffs each year.

Like I already said there are many factors that created this outcome. The first year of Donovan’s time with OKC was his best chance to win a championship. However, that team fell apart in the playoffs. What followed was a slippery slope. Durant left and Westbrook was on his own for a year. Then Paul George was brought in and that duo never really seemed to click. Whether that was due to Donovan’s coaching style or not is up in the air. Then the team dumped both of them and this season OKC had some of the best ball movement they have seen since the Western Conference Finals in 2015-16. The success of this season is a huge boost for Donovan. He already has been tied to the 76ers head coaching position along with the Bulls.

Donovan didn’t want to wait for OKC to decide on when to rebuild. He looks like he is hungry to create a winning culture and team. The Bulls are already 3 years into the rebuild and appear to have the right pieces in place to get over the hump. Donovan may be the final piece they need to create a winning culture and focus on player development. At the end of the day, the Bulls appear to have full trust in Artūras Karnišovas and we as fans should as well. The coaching search will probably take a bit more time but expect Donovan to be in that mix.