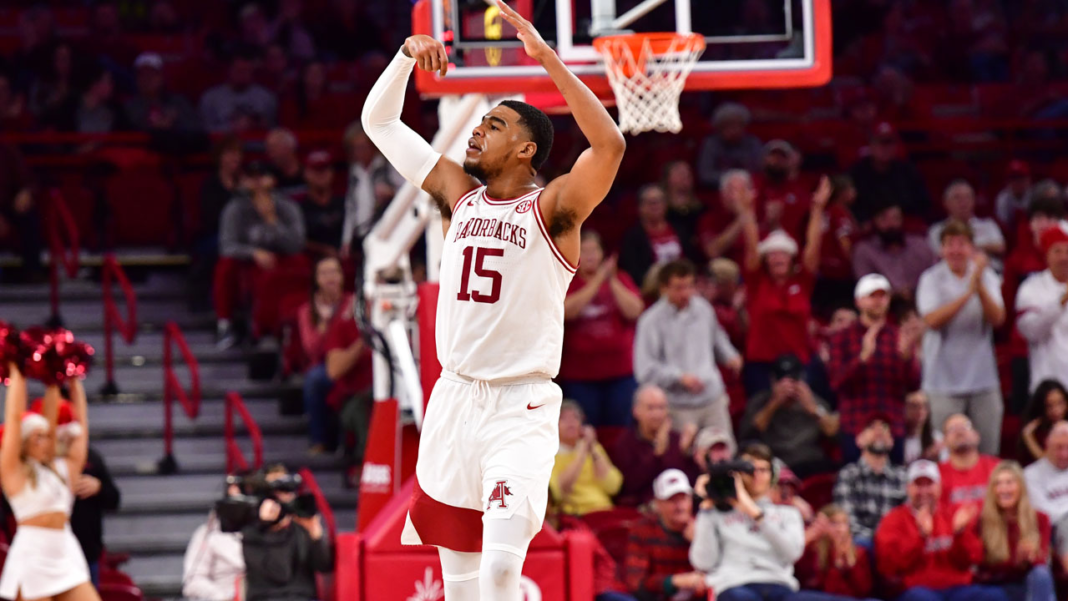 The NBA Draft lottery is 15 days away and with that comes hope for every team who has a shot at a top pick. The Bulls currently have a 7.5% chance to land the number one overall pick according to Tankathon. To add some perspective, the Bulls defied odds back in 2008 when they landed Derrick Rose with the first pick. Chicago only had a 1.7% to land the top spot that year so anything can happen when it comes to the lottery.

Who are the Bulls linked to?

According to a report that surfaced yesterday, the Bulls interviewed Arkansas Guard Mason Jones. This may come as a surprise as the Bulls are expected to land a top 10 pick. However, Jones has been projected to go around 19th in this year’s draft. So it would definitely be a reach if they took him where they are slated to go in this year’s lottery. Let’s take a look at Jone’s stats from last season.

There is no doubt that the second-year player has good size and can score at will. But a lot of players have these traits entering the draft. The Bull’s new regime, lead by Artūras Karnišova, is more than likely just doing their due diligence and exploring every potential option. You can’t knock that.

NBA Execs Describe Why Billy Donovan Is Perfect For The Bulls

Donovan and Karnisovas Lay Out Plans To Build A Dynasty