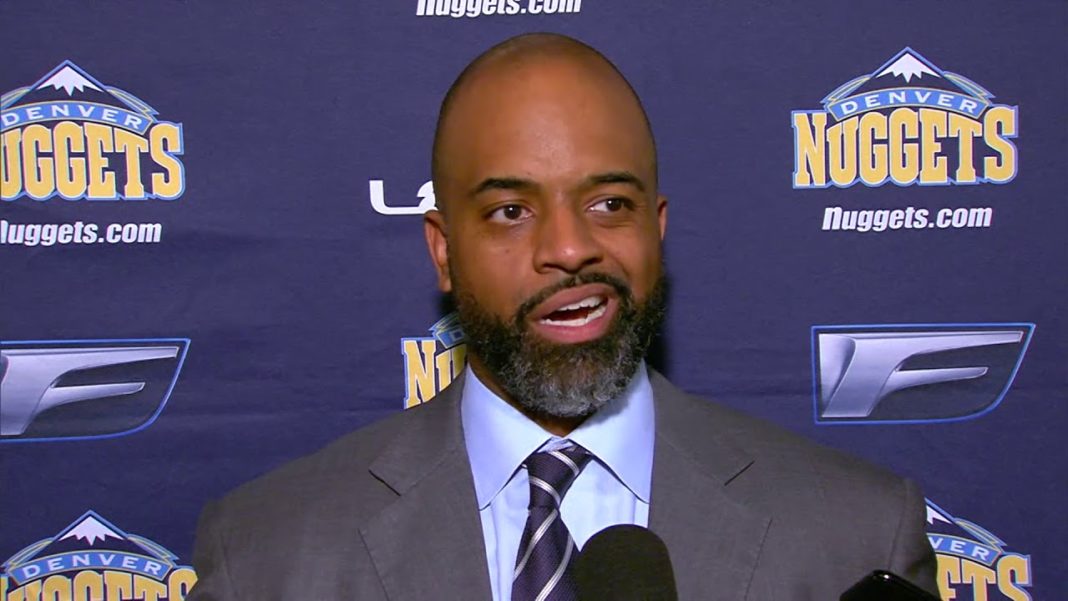 Jim Boylen is gone. That era of underachievement is mercifully at an end. Now the first major decision for Chicago Bulls VP Arturas Karnisovas is at hand. Who will his head coach of choice end up being? This is often the decision that sets the tone for a franchise. Not just in basketball but in any sport. One should expect the man isn’t going to rush this decision. Karnisovas already has a reputation for being thorough and methodical.

So who will it be? The two most popular names that sources have mentioned to this point are Ime Udoka and Adrian Griffin. Udoka is a former understudy of Gregg Popovich in San Antonio and has connections to GM Marc Eversley from Philadelphia. Griffin worked with the Bulls under Tom Thibodeau in the early 2010s and helped Toronto win their first NBA championship last season. Both have obvious credentials.

However, people inside the league think another name is quietly the real favorite. Darnell Mayberry spoke to multiple NBA scouts, many of whom believe Denver Nuggets assistant Wes Unseld Jr. is the actual guy to watch in the coming weeks.

Remember them, because the Nuggets’ lead assistant could be the frontrunner in Chicago and, soon, the next Bulls coach. If the search drags while the Nuggets remain in the playoffs, it might not be a coincidence.

Unseld also has a preexisting relationship with Karnisovas, the two working together in Denver since 2015…

…Scout’s take: “He’s very smart. He’s very straightforward. He has a wealth of experience. I think he’d be very good with players He’s very forthright. He’s got great character. To me, his straightforwardness is one of his (strengths). He’s just no BS. Knowing him over the years, I’ve always thought he was very unassuming; not full of himself. And he comes from great stock. So maybe he’s ready. But I think with all of the character, experience, intelligence, honesty stuff, he’s got all that.”

Chicago Bulls could do a lot worse than Unseld Jr.

He is the son of Hall of Fame NBA center Wes Unseld who helped the Washington Bullets win the championship in 1978. So basketball clearly runs in the family. Unseld Jr. entered the coaching ranks in 2005 with the Washington Wizards and spent six years there. During that time they reached the playoffs three times. After a season with Golden State in 2011-2012, he landed with the Orlando Magic.

That was a difficult experience as the team was in the middle of a rebuilding phase but it did show steady improvement each year. Finally, in 2015 he headed to Denver where he first connected with Karnisovas. Together they helped rebuild the team into a playoff contender. He’s been an assistant now for over a decade. The experience is there. The credentials are there. Not to mention the connections.

If anybody should be viewed as a favorite, it’s Unseld Jr.

NBA Execs Describe Why Billy Donovan Is Perfect For The Bulls

Donovan and Karnisovas Lay Out Plans To Build A Dynasty