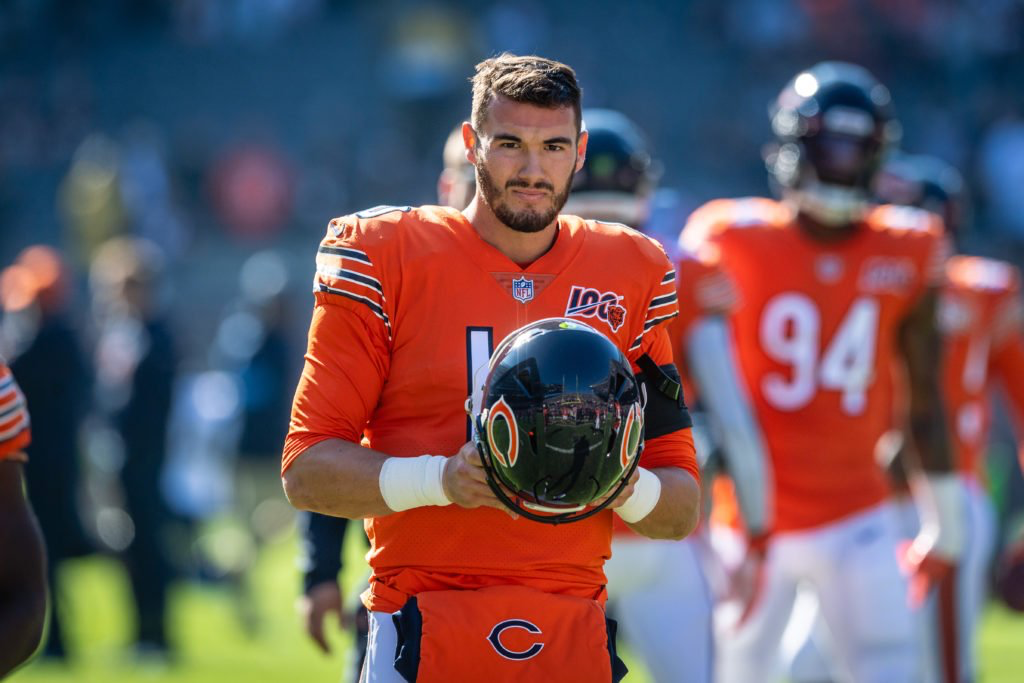 It doesn’t matter what team you root for, you more than likely have an opinion when it comes to Mitchell Trubisky. He’s become that polarizing of a player. Whatever lens you view him in — good or bad — there is one category he should never land in and that’s a bust. Whether it’s in comment sections or casual conversations, this word is too easily thrown around. There’s no better example of this then when we analyze the QB position. In fact, let’s take a look at some of the more notable quarterback busts compared to Trubisky.

The numbers speak for themselves

When you look over this graph, you can easily spot the outlier that is Trubisky. It’s clear Mitch shouldn’t be mentioned in the same breath as these guys but that isn’t the case as ESPN analyst Ryan Clark did just that last season.

What makes this crazier is the timing of when Clark said this. Trubisky had just played his best game of the season where he went 25-31 for 231 yards and 3 TD. Mitch can’t catch a break but we will dive deeper into that later. Right now I want to highlight what Scott Van Pelt mentioned earlier in that segment.

“Grading against Mahomes is dumb because he is historic.”

That seems like common sense, right? However, this is exactly the scale Trubisky is graded on. Is it fair? No. But this is the reality when you’re taken ahead of two likely Hall of Famers in Patrick Mahomes and Deshaun Watson. This the main reason Trubisky is viewed in such a negative way. Even if Trubisky does accomplish something noteworthy, it will always be over analyzed and more than likely dismissed. There is no better example of this than his 2018 campaign.

Just over a week ago, Josh Allen cracked the NFL’s Top 100 list, clocking in at number 87. In light of this selection, I did some research and created this chart that compares Josh Allen’s second year to Trubisky’s.

Mitch played in 2 fewer games and arguably put up better numbers than Josh Allen. Yet, Trubisky didn’t make the NFL’s Top 100 that year. Now, I know this list is voted on by the players but the media still plays a large role in how players are perceived. Allow me to explain. Trubisky’s 2018 success was quickly dismissed by the media as they said he was carried by a great defense. Some of this is true as Chicago did boast the number one ranked defense that season. But how is it fair to knock Trubisky for this but proceed to praise Allen who shared almost identical circumstances?

You see the Bills defense ranked second in the NFL in 2019 and was the driving force in the team making it to Wild Card weekend. Sound familiar? Thought so. Alright, now let’s transition to Trubisky’s and Allen’s first playoff game. Here is their numbers side by side.

Pretty similar yet both performances seem to be viewed entirely differently.

Why is this the case?

As we alluded to earlier, it all comes back to the 2017 NFL draft where the Bears traded up to take Trubisky with Mahomes and Watson both still on the board. This will always play a factor when judging Trubisky. Don’t let anyone tell you differently. However, this alone shouldn’t classify him as a bust. Has he been disappointing at times? Yes. Inconsistent? Hell yeah. But he’s not a bust. And although his time in Chicago is currently on life support, he still has a chance to revive his career. It all starts with him going out and winning the QB competition. From there, it’s up to him to perform in a way that gives the Bears a reason to keep him past the 2020 season.