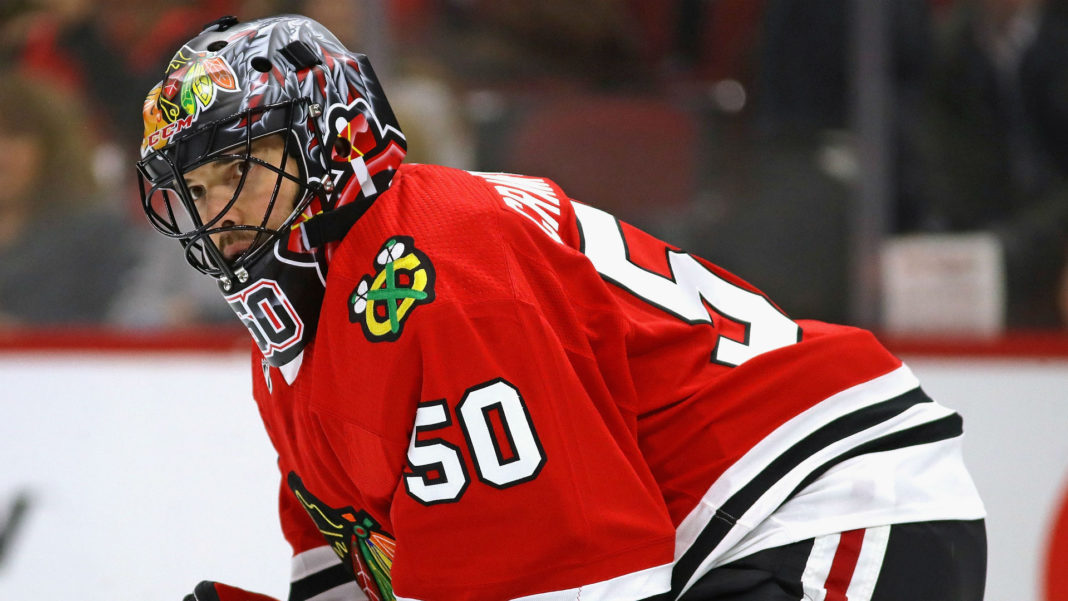 In an interview on Tuesday, the 35-year-old Crawford, who is set to become an unrestricted free agent this offseason, said he is “leaning towards staying in Chicago.”

The Chicago Blackhawks have a lot of moves to make this offseason, but none are as crucial as solidifying the starting goaltender position for the 2020-21 campaign. Veteran Corey Crawford has been the Blackhawks starter since Antti Niemi was traded following the 2010 Stanley Cup, but he could be moving on to another club with his six-year, $36 million contract being expired.

“I would like to be back,” Crawford said on Tuesday. “We still have a lot of great pieces on this team. To win another Stanley Cup in Chicago would be unbelievable. That’s the number one goal, to win one more championship.”

Crawford is going to be 36 years old at the start of next year, but he proved in the second half of the regular season and in the playoffs that age has not effected his game in the slightest. In the final 10 games before the COVID-19 pause on March 11, Crawford went 6-4-0 and allowed more than two goals just twice. In the nine postseason games for the Blackhawks, he went 4-5 with a .907 save percentage and 3.31 goals-against average, which does not properly reflect how tremendous he played in net. Crawford also had just one day of training camp to prepare for these playoffs after a positive COVID-19 test in the beginning of the summer.

“There’s no question Corey played excellent for us, certainly as the tournament got going he got more up to speed,” Blackhawks GM Stan Bowman said. “He got better as [the playoffs] went along. He came in in a tough situation, hadn’t practiced much coming off his sickness, and full credit to him to get up to speed that quickly.”

When asked about what he wants with the new contract, Crawford made it clear that money is not his main focus. What the Montreal, Quebec native wants most is to be a starting goaltender.

“I want to play a ton,” Crawford said. “I don’t want to play half the games and sit on the bench for stretches at a time. I think my value is just not as good doing that. I’m way more valuable playing games and playing consistently. It really depends on how much I’m going to be used. Salary, that can be discussed. That’s something that is not as important at this time. We’ll see how those discussions go, but staying in Chicago and trying to win again, that’s number one.”

The Blackhawks do have three goaltenders on the books already for next season in Collin Delia, Kevin Lankinen, and Matt Tomkins, but none of those options are legitimate No. 1 goaltenders in the NHL at this point in their careers. Stan Bowman and the front office could go the free-agent route, but with the Hawks backed up against the salary cap once again this offseason, a potential hometown discount for Crawford seems like the wise decision.

“That’s hard to say right now,” Crawford said when asked if he’d be willing to take less money to make the Blackhawks cap space work. “It depends on the situation. In Chicago, I don’t know what our cap is like right now — we have a lot of guys to sign. But definitely, I’m leaning towards staying in Chicago.”