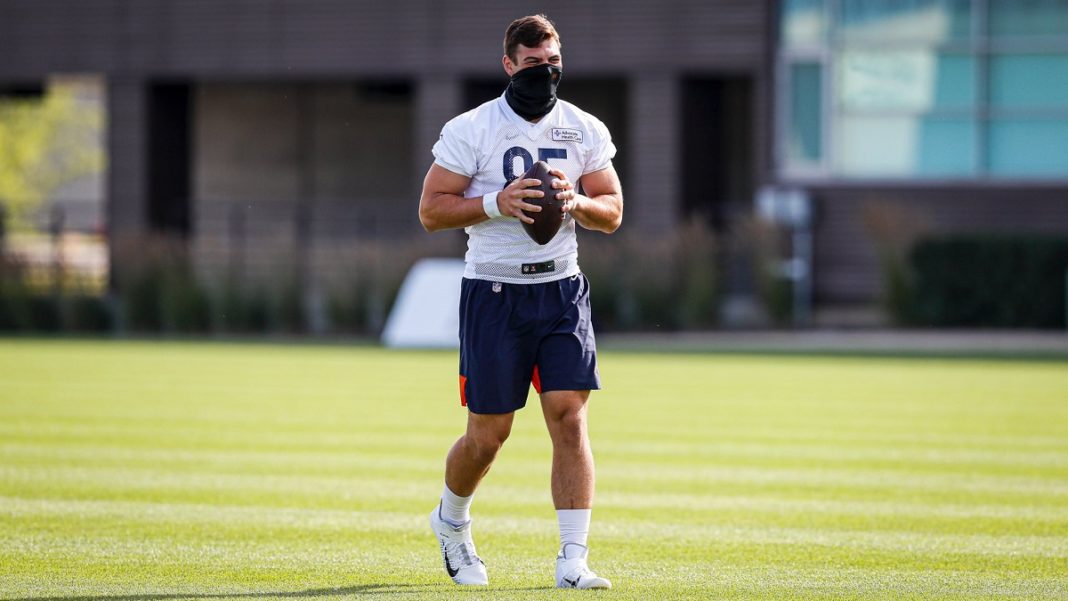 The Chicago Bears know they’ll have to lean on their veteran core this season if they want to get where they need to go. The bizarre nature of the COVID-19 landscape makes that a reality. Great teams need their stars to play like stars. That said, champions also need to get considerable contributions from their rookie classes too.

The Kansas City Chiefs were a perfect example. Wide receiver Mecole Hardman was a big part of their passing game. Safety Juan Thornhill collected three interceptions. While they were the primary actors, the play wouldn’t be a success without their contributions.

The Bears are hoping for the same from their 2020 class. Except some feel this offseason has basically sabotaged them. No minicamps. No OTAs. Now no preseason. Is it really fair to ask this group of young men to contribute in any meaningful way under such circumstances?

He told Adam Hoge and Adam Jahns that one of the biggest strengths of this particular draft class isn’t just their athleticism. It is their football intelligence. The coaches already got a taste of that in early walkthroughs at training camp.

“I would say this about this rookie class in general. I mean it is the football IQ jumps out with these guys, big time. All of them. I think one of the things we found, I (Was) just talking with some of the coaches yesterday with the Zoom meetings throughout the offseason is we’ve had a lot of quality time with them. I feel like just even in this first week’s walkthroughs, the rookies are really sharp.

Matt and I were talking about it last night. As we go out there and we go through these walkthroughs as an offense and has a defense, they’re on top of them. We go through the cadences, there’s very few mistakes. Everybody’s lined up correctly. I think there’s really something to that.”

Chicago Bears rookies seem to have used their time wisely

That was a consistent theme that stood out during the draft. The Bears seemed to target high-character guys. Players with a history of putting in extra time on and off the field. Guys who are self-motivated. Targeting those types regularly is never a bad thing. Doing so during a pandemic when players don’t have constant access to coaches who can stay on top of them? It looks even smarter now.

Cole Kmet was working out with Mitch Trubisky and other teammates constantly. Jaylon Johnson has stayed in shape and kept grinding film. Trevis Gipson participated in Von Miller’s pass rush summit a few weeks ago. Darnell Mooney literally acted out every play in his playbook to make it feel like an actual game. These guys have no plans to let 2020 be a redshirt year. They want to play.

That should only help the team.