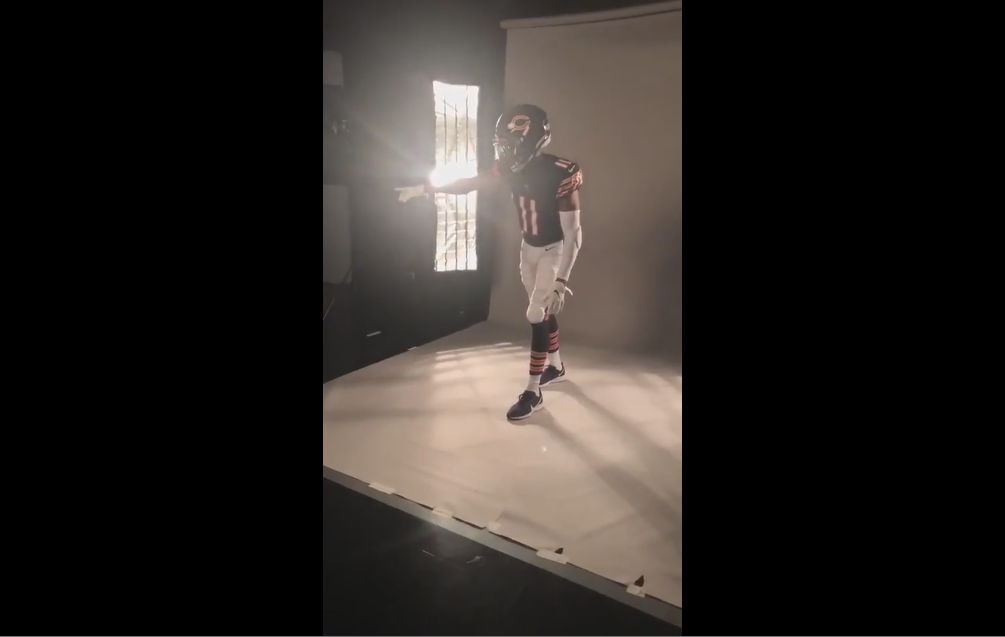 One could argue no rookie class in Chicago Bears history had to wait longer to finally wear their team uniforms than the 2020. A byproduct of the ongoing COVID-19 crisis. As the calendar turned to August, the seven draft picks finally made it to Halas Hall. There the team photographers were waiting with the uniforms, putting the guys through a photo shoot.

The results were quite satisfactory. Darnell Mooney and Trevis Gipson in particular seemed the most thrilled by it. No doubt dreams they were finally seeing realized.

Those youngsters weren’t alone though. New veteran additions also joined them. Tight end Jimmy Graham couldn’t wait to post his own photo of him in #80. No doubt he hopes to be a bigger factor than the man he replaced.

What’s sad is this is the last time the rookie or anybody will be able to wear game day uniforms again until September 13th. That will be opening day in Detroit against the Lions. Until then it’s strictly practice jerseys and pads for the next month. Hopefully, the team will at least do the fans courtesy of providing lots of videos to chew on until the actual games begin.

Competitions figure to take center stage when the pads go on August 17th. Second round pick Jaylon Johnson will battle for the starting cornerback job opposite Kyle Fuller. Gipson hopes to take on Barkevious Mingo for #3 outside linebacker spot. Cole Kmet will work to command the Y-tight end spot against Demetrius Harris.

It should be a fun time.