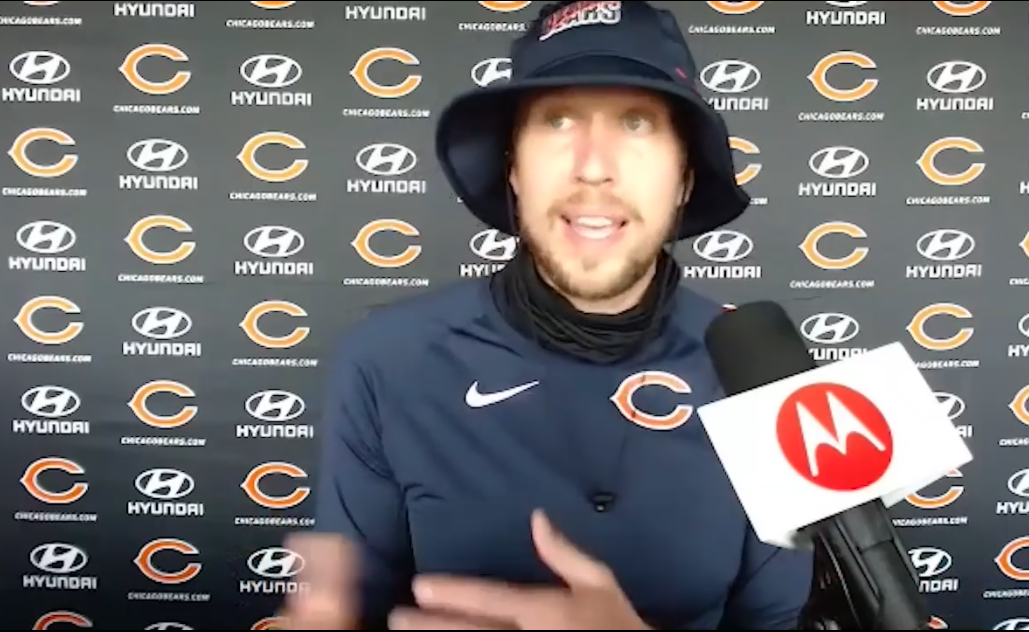 Mitch Trubisky stated his mindset going into training camp. His goal is to prove all the doubters wrong about him. Not only does he aim to win this upcoming quarterback battle, but show people that he can be that franchise guy the Chicago Bears invested it. He’s reportedly in great shape and has also put in a ton of work on fixing his throwing mechanics and footwork. So what about Nick Foles?

The 31-year old veterans sound like he isn’t going to get drawn into the hype of this competition. He understands the importance of it, but letting himself be consumed by what Trubisky is doing isn’t going to benefit him. How does he plan to win this battle? Focus on his own job. Run the plays that are called, make the right adjustments, and limit the mistakes.

Foles sounds like a guy who isn’t phased by the pressure.

…For me it’s not, you know, a lot of people talk about the quarterback competition. It’s just like I always say. Everybody goes into a game wanting to win a game. Saying you want to win a game doesn’t do anything.

The biggest problem is we watch the other guy and he makes a big throw and you think to yourself, ‘Oh man now I got to throw a big throw,’ and you don’t even read the play out…Let’s just play ball, man.”

Talk to most quarterbacks who have won a championship. It’s actually pretty crazy how similar they talk. They don’t have their minds on the big picture of winning this many games or that many games. They are always focused on the next play. What must they do to execute this play properly and make it a success? Do that enough times and the winning takes care of itself.

Foles shows a clear understanding of that mindset. He knows Trubisky is his competition. That doesn’t mean he has to mirror every good thing Mitch does in practice. His job to execute the plays properly. Play ball the right way. Do that and he is confident the proper results will follow. It’s such a logical approach. One that too often gets lost on people.

David Montgomery Is Actually The Terminator And We Have Proof

12 Thoughts On The Bears’ Ugly, Heart-Stopping Win Over The Giants