Home Chicago Bulls Former Bulls Proving His Worth With The Clippers 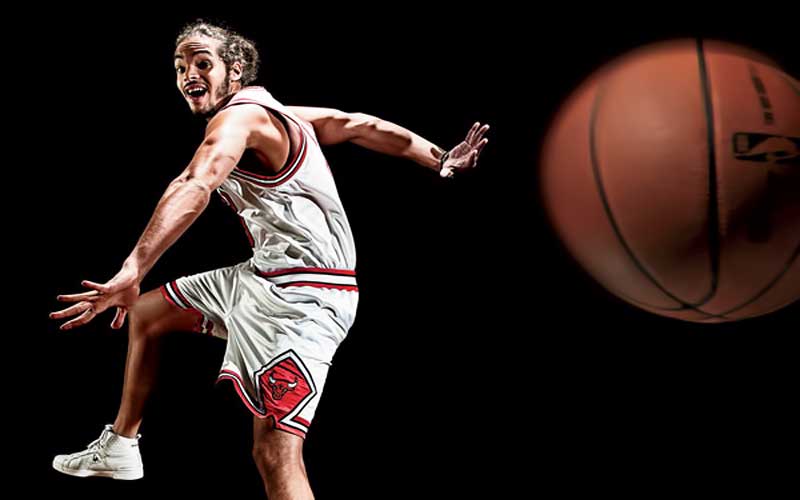 The Former Bulls Player, big man Joakim Noah, made his debut playing with the Clippers against the Orlando Magic.

After a long COVID-19 break, the NBA season finally started on the 22nd of July at the Disney World Resort in Orlando, Florida. While the fans are excited about the games, they aren’t too happy about not being able to watch their favorite teams sitting in the stands. Everyone will have the same seats this season, right in front of their TV.

There were a couple of former members of the Chicago Bulls in the games on the 30th of July. Among them were the current Miami Heat forward, Jimmy Butler, and the new signee to the Los Angeles Clippers, Joakim Noah.

Jimmy G. Buckets played exceptionally well against the Sacramento Kings in their first scrimmage. Jimmy brought down the heat with the rest of the Heat and got a victory against the Kings at the end.

On the other court, Noah and the Clippers were playing against the Orlando Magic. This was a good game for the big man, and the team was happy after a nine-point margin win against the Magic.

Although the big man Joakim Noah didn’t contribute much to the scoreboard, which was live on lines.com, with the rest of the Clippers, he did have an all-around productive game. Noah did end by scoring four points on the 2 of 4 shooting from the field. But in his debut, he also had a hand in three assists, five rebounds, and no turnovers. All in just 15 minutes in the court. So Noah did quite well in his debut.

It’s obvious that the big man could be an excellent free agent to the Clippers to fill out the frontcourt rotation during the restart. Considering his history, Joakim Noah should’ve landed a contract much earlier than he did. But at least Noah has a shot at the NBA Championship this year. The Clippers line up looks pretty good this season, and they are definitely a top contender to the title. But it might be hard to take down the other LA team.

The Clippers don’t exactly have a solid frontcourt rotation, which is why having Noah on the team makes excellent sense. If Noah can work his magic in the remainder of the regularly scheduled season and the playoff run, then there is no doubt he will be an incredibly valuable part of the Clippers.

Joakim Noah has 12 years of NBA experience behind him, and this is his 13th year. Out of them, he spent nine seasons playing with the Chicago Bulls. The other three seasons, he had a short time with the New York Knicks and the Memphis Grizzlies.

Noah is a two-time NBA All-Star selection, one-time All-NBA, three-time All-Defensive Team selection, and he even got the title of Defensive Player of the Year for 2013-14. With that said, the Clippers have made a great choice by signing Noah. It’s safe to say that the Bulls fans will be rooting for their former player during the season.