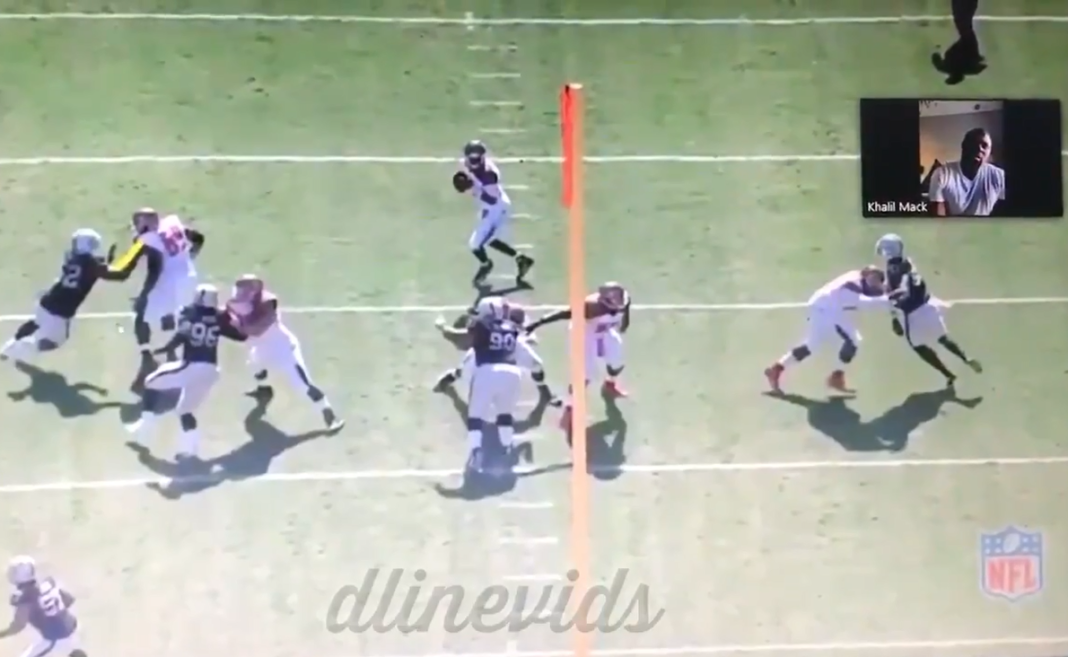 Khalil Mack is a terror as a pass rusher. Chicago Bears fans have learned this well. In two years with the team, he already has 21 sacks. Most chalk this up to his ungodly amount of physical talent. Not only is he smooth, quick, and athletic. He’s also remarkably strong for his size. So many times he’s been seen plowing over offensive tackles as if he was pushing over a bookshelf.

Yet what’s so often lost on people who watch him? He’s a student of the game. One of the reasons Mack consistently dominates is a keen understanding of how to rush the passer. He has a variety of moves at his disposal and varies his approach from snap to snap. This keeps blockers off balance as to what he’ll do.

Then there is his ability to read what tackles are doing midway through a rush. A perfect example came during Von Miller’s annual Pass Rush Summit. Mack was one of several who attended virtually. Mediator Chuck Smith singled out his signature long-arm move and whether he had a preference of going to the inside shoulder or outside shoulder. Mack, in his typical low-key tone, broke down his choice and when he always knows he’s got a guy beat.

“I like to go inside. I’d rather go inside. Yeah, you see his hips are turned. That’s a win for me any day.”

Khalil Mack could be poised for his best season yet

Such statements don’t come from arrogance. Merely total self-confidence brought on by experience. Mack knows what he is capable of. When blockers react a certain way to him, he has a certain way he’ll exploit it. That is what great players do. That isn’t going to change this season. If anything, he has plans to take his talents further than ever before.

Last season was a frustrating one for the star outside linebacker. He led the team in sacks with 8.5, but it was considered a down year by his standards. Coaches have since said he’s put in work like never before. Even attending virtual meetings from his weight room. That combined with the return of Akiem Hicks and the arrival of Robert Quinn to the front seven?

This could end up being a signature season for his career.