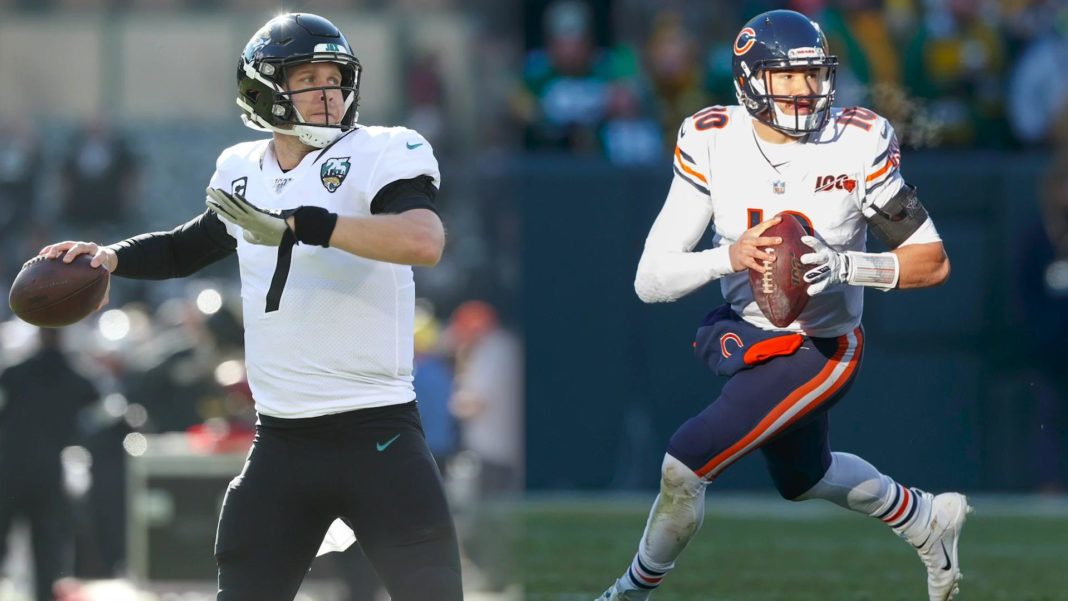 Not a lot of teams in the NFL can call themselves a “quarterback away” from being Super Bowl contenders. The Chicago Bears are one of those few. They have a dominant defense. They have a star wide receiver in Allen Robinson with some nice support pieces like Anthony Miller, David Montgomery, and Tarik Cohen. What they still aren’t sure about is the quarterback spot. That is why Nick Foles vs. Mitch Trubisky is taking center stage ahead of training camp.

NFL insider Jay Glazer said it’s not just the Chicago area who is eagerly anticipating this competition. Apparently the wider NFL will be watching it closely too. He explained for the Athletic that it is hands down the most intriguing position battle anywhere in the league this summer. Nobody else is close.

“Absolutely: The Chicago Bears quarterback position. Nick Foles has a great rhythm as a quarterback but this is the year Mitch Trubisky needs to make the jump with Matt Nagy. All eyes will be on that battle.”

In terms of projecting a winner? The best thing to do is borrow a phrase from political elections. It’s too close to call.

Nick Foles vs. Mitch Trubisky could be a logistics nightmare

It’s not hard to see why this battle is such a big deal. The Bears went 12-4 in 2018 with average quarterback play from Trubisky. Last season they still managed to finish 8-8 despite him regressing in every facet of his game. Belief is if this competition can yield decent quarterback play, this team has a legitimate chance to make a deep playoff run.

The bigger challenge might be figuring out a winner. This is not a normal offseason. COVID-19 has made practicing almost impossible. OTAs and minicamps were already canceled. Training camp is set to begin July 28th. However, such a limited about of time has many in the league thinking they may have to cut down the preseason in order to provide a longer “ramp-up” period for players to get conditioned.

That is a problem for the Bears. Head coach Matt Nagy had hoped to use the preseason as a primary vessel for incubating his competition between the two. If it’s cut, say, from four games to two? That leaves almost no margin for error. Never mind Foles hasn’t even arrived in Chicago yet due to travel restrictions.

Making this a fair battle is a challenge on its own. Perhaps that is what makes it so compelling.