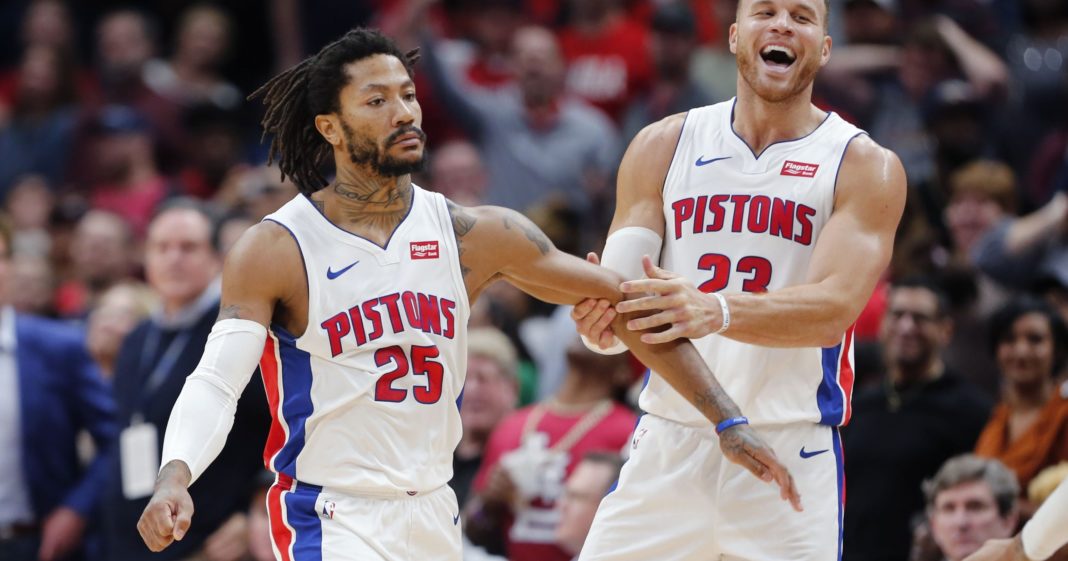 Yes, you read that title correctly. In a recent article by Andy Bailey of Bleacher Report, he proposed a rather interesting trade between the Detroit Pistons and the Chicago Bulls. The deal consisted of only four players, as no draft picks were exchanged in the hypothetical move. Here were the players involved in the deal:

When I first read this trade proposal I thought it certainly favored Chicago. However, when you factor in Blake Griffin’s health concerns alongside the contract that comes with him, it adds a ton of risk for the Bulls. Griffin, who turned 31 in March, saw his 2019 campaign cut short due to a knee injury that required surgery. The 6x All-Star recorded career lows in both points per game (15.5) and rebounds per game (4.7) in just 18 appearances last season. Is the longtime NBA vet finally declining? It’s a fair to question to bring up as no one truly knows if we will ever see Griffin get back to his old form. This factor alone is what makes a trade like this so risky for Chicago. But let’s not forget the other player involved in the deal.

This is the part of the trade I found most appealing. Throwing in Rose, who was a borderline All-Star in 2019, is what gets this move done in my eyes. Yes, the risk with Griffin is there but what if Chicago can squeeze a few more years out of him? This in turn would allow Rose to mentor the younger guys on the roster, such as stand-out rookie Coby White. And let’s not forget about the potential reunion between Chicago and Derrick. It’s no secret the city still has mad love for the hometown hero. And to be honest, this is the feel-good story the world could use right about now. So if I was Artūras Karnišovas, I’d take this deal without hesitation.

Would Detroit actually go through with this?

I doubt it. But there are definitely some pros in a trade like this if the Pistons were to pull the trigger. Such as freeing up cap space etc. Either way, I think it’s time to bring Derrick home.

And if it only cost parting ways with Thaddeus Young and Otto Porter Jr. so be it.