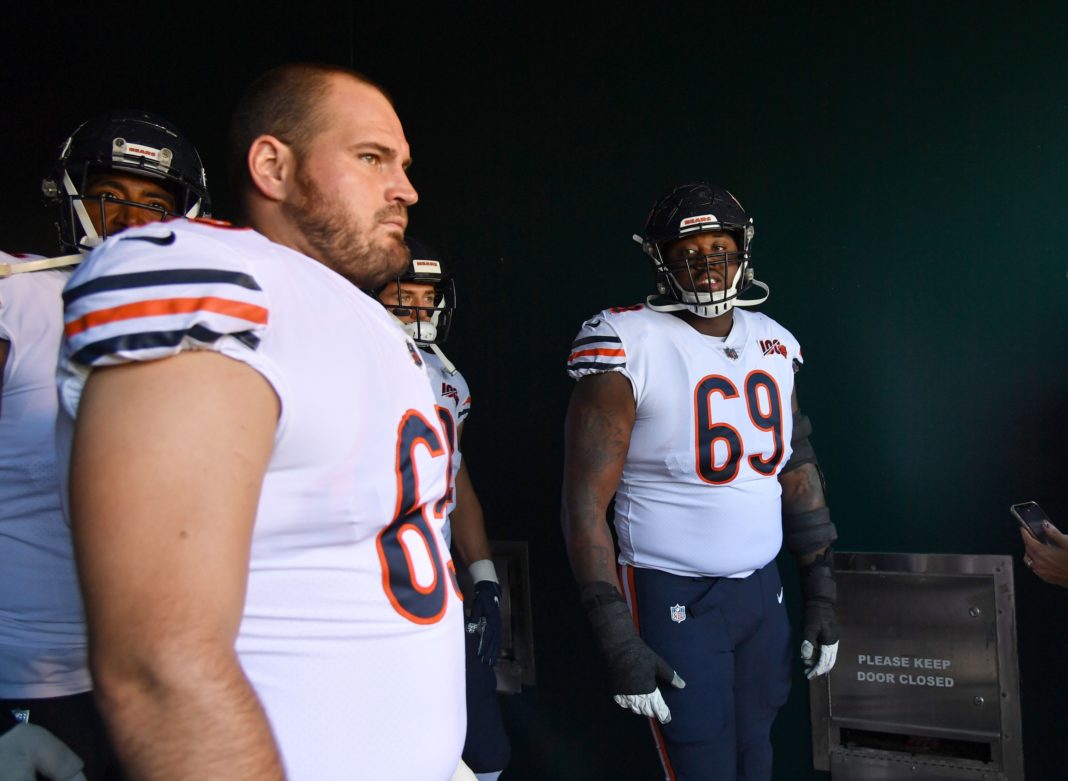 Why did the Chicago Bears offense finish 2019 ranked 29th? There are plenty of reasons, but most experts will say it tends to start up front. The offensive line didn’t do its job often enough to sway the needle towards those two critical victories the team needed to make the playoffs. Not all of it was about just play on the field. Health had a major part in it too. Kyle Long missed most of the season. Bobby Massie was also out for significant time. Then there was the ill-conceived decision to switch Cody Whitehair and James Daniels between center and left guard. Still, the overall execution was lacking. Former Bear Tom Thayer saw that like everybody else.

It was hoped that this year could be different. Whitehair and Daniels are back at their original spots. Massie is healthy. The Bears added some depth at guard to compete for Long’s vacant spot. They also brought in respected offensive line coach Juan Castillo. It’s not unreasonable to expect improvement, right? Well, it may not be that simple.

Jeff Joniak spoke to Thayer about the state of things in the NFL. He asked an interesting question. Which units were the most affected by not being face-to-face communicating and practicing due to the pandemic? The answer was obvious to the old pro.

Tom Thayer probably speaks from personal experience on this

Obviously Thayer would say that considering he’s a former offensive linemen himself. That said, it isn’t bias alone that drives his answer. One must remember he experienced something like it at one point in his career. Back in 1987, the league experienced a players strike. For three weeks all the players including Thayer and the Bears offensive line weren’t working together. Through the first two games prior to the strike, they gave up just one sack. After returning, they gave up 34 over the remaining 10 games of the season. Then another five in the playoff loss to Washington.

It’s impossible not to say that sudden time away from each impacted their cohesion. This is the fear Thayer has for the current unit. Adding new faces to the mix makes it hard enough. The fact they also have a new position coach? It is going to be quite a challenge for this offense to show improvement under such conditions.