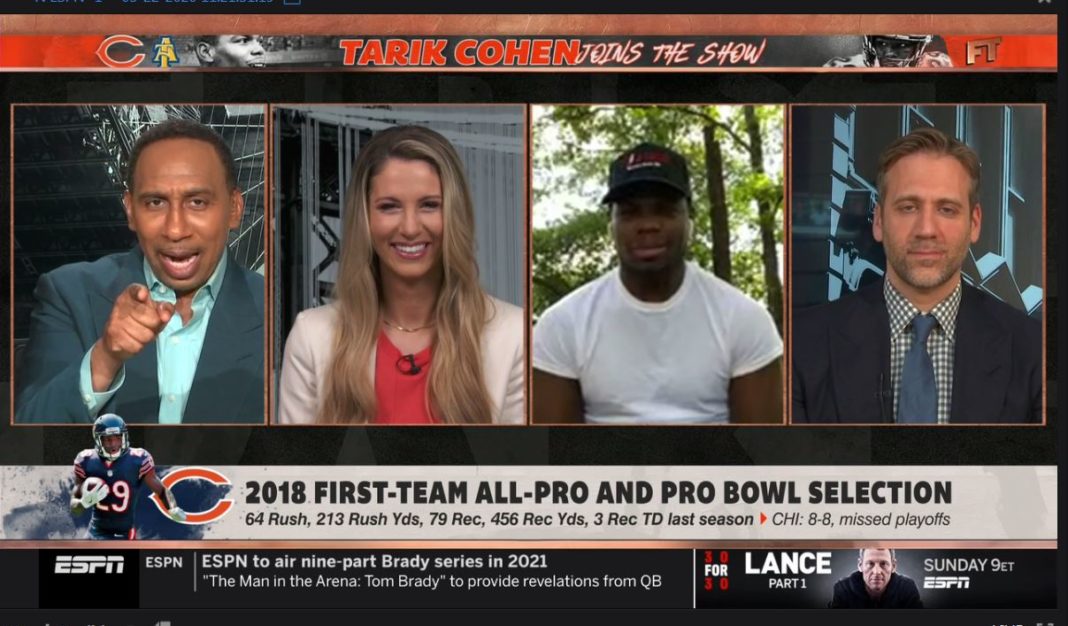 Today on ESPN First Take, Chicago Bears running back Tarik Cohen joined the show and discussed several topics surrounding the team. Everyone that follows the NFL knows that the most intriguing aspect in Chicago is the quarterback competition between Mitchell Trubisky and Nick Foles. During his interview, Cohen gave his perspective on both of the quarterbacks.

Obviously Tarik has a lot of history with Mitch. They entered the league together back in 2017. Both went to the Pro Bowl in 2018. There’s a brotherhood there. So it was no surprise that Cohen had No. 10’s back on National TV.

“That’s my guy. He is ready to step up to the plate and battle for the spot.”

Foles isn’t here to be a back-up

Although Cohen doesn’t know Foles all that well, his time spent with him in virtual meetings has left a good first impression with the Bears running back.

“Hearing him talk in the zoom meetings, he isn’t going to lay down and sit on the bench.”

Cohen is prepared for any outcome

Tarik Cohen is nice with the mic. He knew the questions that were going to be thrown at him on First Take and answered all of them with class. The former Pro Bowler showed support for his longtime teammate Mitch Trubisky, while also welcoming in the newcomer Nick Foles. Cohen knows this battle could go either way so his answers were about at as good as you can get without stirring up controversy within the roster. Each player on the team will be in a difficult spot when it comes to media appearances in the coming months. The question pertaining to the QB situation is bound to be brought up in almost every interview from here on out. Tarik laid out the perfect road map that each player should follow when answering these questions in the future.