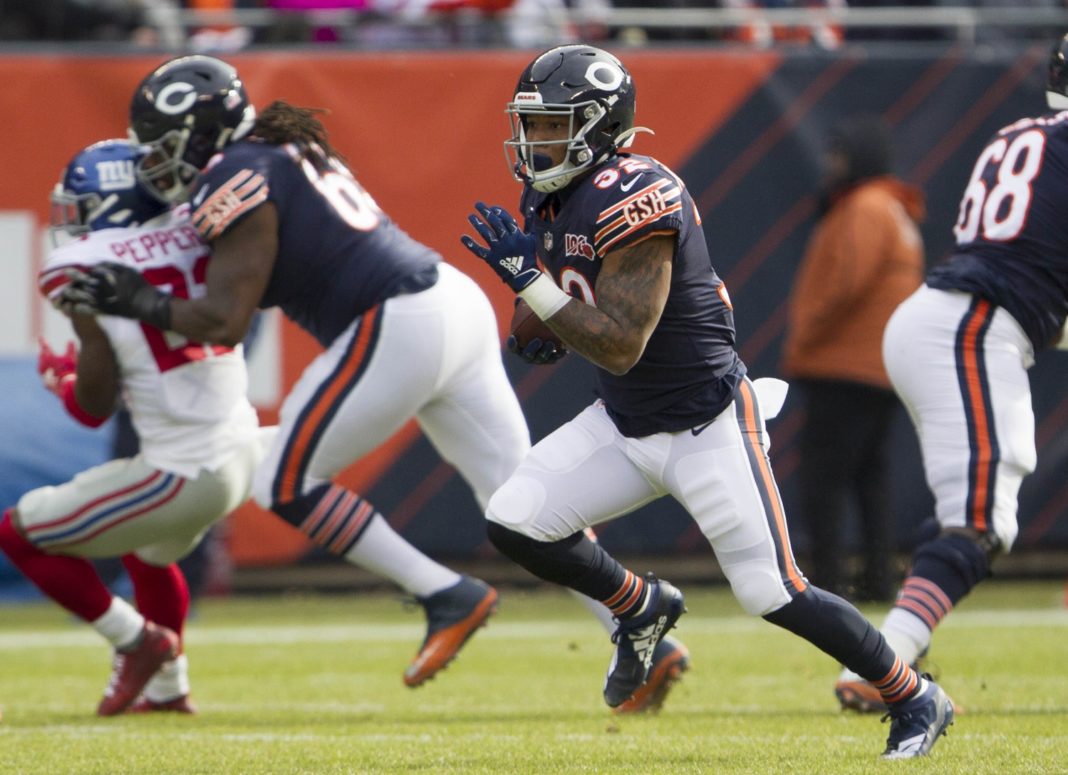 Matt Bowen of ESPN is one of the most respected analysts in the business. This due to his exhaustive tape study and his reputation for being a former player himself. Any opinion he offers is one that comes from substantial education of a team. This is why his words regarding running back David Montgomery should interest a lot of fans.

As a rookie, he had a decent 2019 season with over 1,000 yards from scrimmage and seven touchdowns. Yet because he averaged just 3.7 yards per carry, it’s believed he doesn’t have what it takes to be a feature back. Bowen isn’t so sure. He argues Montgomery had a strong finish to the season people overlook. One that saw him post 4.3 yards per carry over his final five games.

There is also something else the Bears did this offseason that should help.

“While Montgomery will still yield pass game reps to Tarik Cohen in Chicago, his running traits — contact balance, wiggle, vision — are a fit for Matt Nagy’s zone schemes. Plus, with the anticipation that we see more multiple tight end sets to gain extra gaps in the run game, Montgomery will once again get the volume of a lower-tier RB2/flex. I’m betting on the second-year back playing at a level that is more reflective of his late-season numbers in ’19.”

David Montgomery will benefit from tight end presence too

People think the arrivals of Jimmy Graham and Cole Kmet were meant only to benefit the Bears quarterbacks. That isn’t the case. Tight ends play an integral role in the running game as well. Imagine having Kmet and Demetrius Harris on the field at the same time. Both big, strong blockers. Suddenly the number of potential holes Montgomery can slip through will increase.

This is something they couldn’t do last year. Adam Shaheen was useless. Trey Burton and Ben Braunecker aren’t blocking types. J.P. Holtz helped but as more of a fullback. The Bears finally have guys in place who can help at the line of scrimmage. A much better setup for that run-pass option game they’ve been trying to make work.