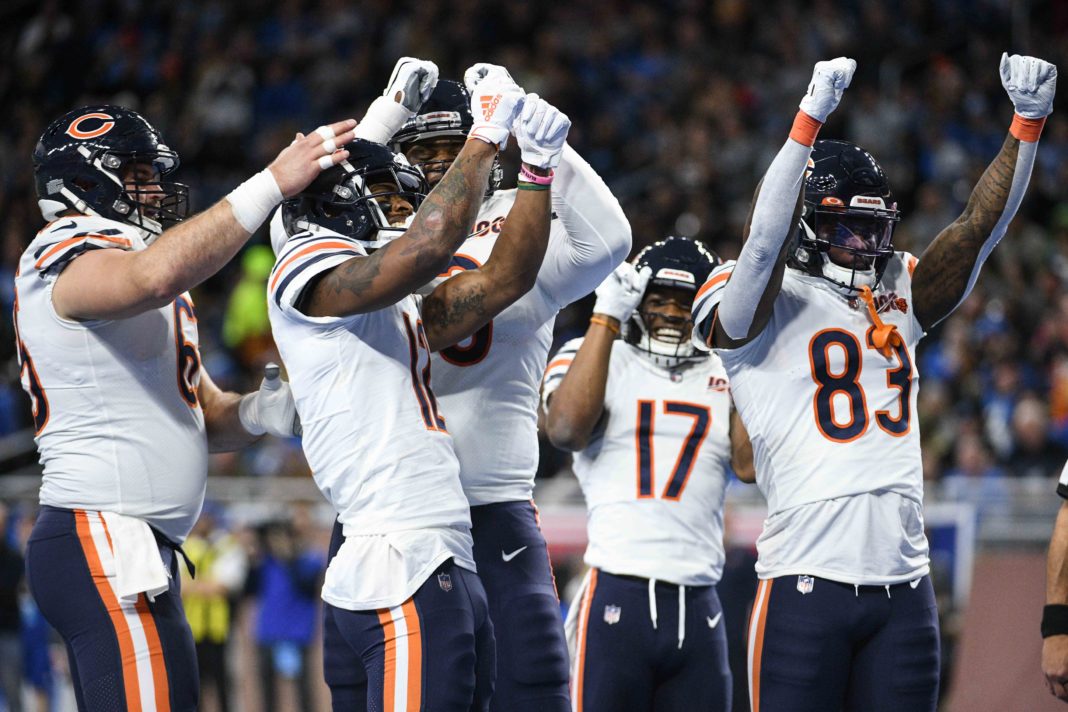 The Chicago Bears stat results for the 2019 season were, shall we say, sub-optimal. Especially on the offensive side. Finishing 29th in the NFL in yards and points scored pretty much tells that story. It really is a miracle that the team managed to finish 8-8. That being said, there were signs of improvement late in the season, but not enough to matter. They missed the playoffs and entered the offseason with lots of uncertainty.

So Matt Nagy revamped the coaching staff, bringing in four new faces. GM Ryan Pace traded for Nick Foles to compete with Mitch Trubisky, overhauled the tight end position, and tried to find better depth however he could. Nobody can say the Bears weren’t active in their efforts to improve on that side of the ball. The obvious question is was it enough?

Let’s find out. Here are the stat projections for the 2020 on offense.

Let’s be honest. Does anybody think that either Trubisky or Foles will start the full 16 games? Of course not. A Bears QB hasn’t done that since 2006 and has only managed it twice since the 16-game format began back in 1978. Foles will win the competition when it’s all said and done. He’ll make it through most of the year but his track record says he will miss time at some point with an injury. Trubisky will fill in during that stretch and play okay. Combined the two put together a decent year as QB for the Bears.

Until Matt Nagy is ready to commit to running the football, don’t expect a huge shift in terms of productivity on the ground. That said, the Bears should get somewhat better blocking up front. That will benefit Montgomery the most as he’ll crack 1,000 yards for the season while also scoring more touchdowns. Cohen won’t be a huge factor on the ground but he’ll remain a considerable threat in the passing game. Trubisky will get his occasional nice scramble plays whenever he sees the field this season.

Robinson proves himself to be a steady, reliable presence in this offense with his second-straight 1,000-yard campaign. Miller doesn’t have that breakout year some are hoping for but is still a solid #2. Ginn provides some of those needed explosive plays as does the 5th round rookie Mooney during one moment. It’s not much of a spike in production but does enough to produce some sustained drives.

This is where the big improvement comes. After failing to deliver a tight end who topped 100 yards last season, the Bears get two this time around. Granted, neither Graham nor Kmet set the world on fire with barely over 700 yards combined. However, they do give the team some much-needed help where it counts. Getting into the end zone.

All things told, this Bears offense is improved from the unit that crashed and burned last season. Is it enough to get into the playoffs? A lot of that depends on how the defense performs.