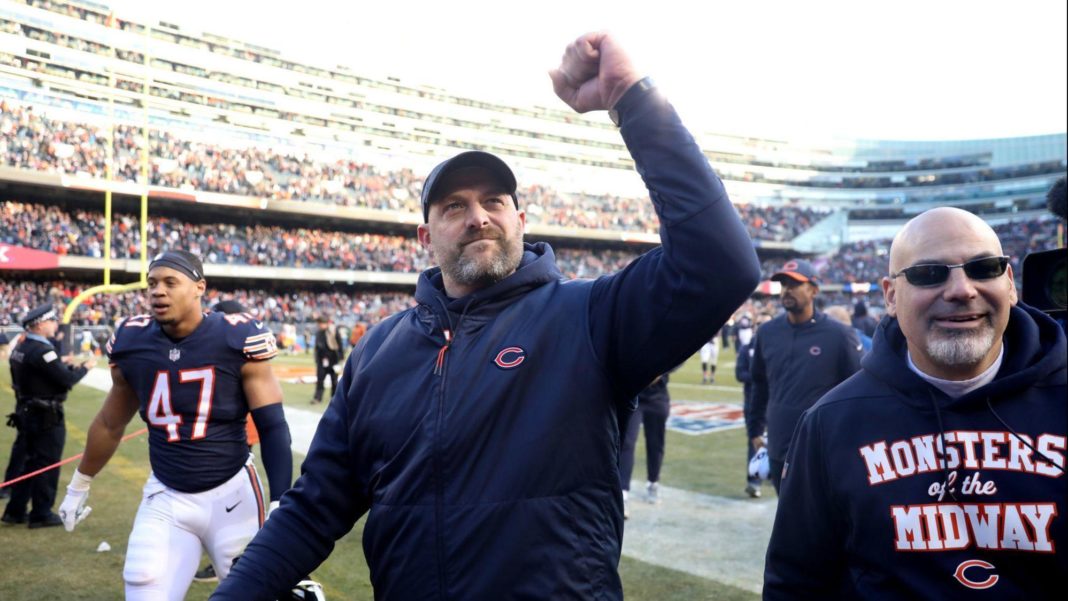 When Matt Nagy arrived in 2018, he brought a motto with him that ended up serving as the battle cry of that season. It was “Be Obsessed.” That is to say, every man in that Chicago Bears locker room needed to be obsessed with everything they did from practice to game day if they wanted to understand greatness in the NFL. The players embraced it and the team ended up going 12-4.

Last season? It felt like the Bears no longer had that edge. Like maybe they got a little too overconfident from what happened the previous year. They were good enough and stopped working hard on the details. As a result, they sank to 8-8 and missed the playoffs. By the sound of things, Nagy and GM Ryan Pace are making sure that the motto is front and center again this year.

Pace explained how the team has gone about conveying that message throughout the offseason.

“What’s been interesting to me, without naming specific names, is the common denominators amongst a lot of these guys,” Pace said. “You’re talking about Hall of Famers from all different sports, and it usually comes down to their passion and love for the game.

“There’s a borderline obsession, almost a maniacal approach to how obsessed they all were with being great. The passion for the game, their football IQ on all these guys has been off the charts. It’s just so good for our young guys and our veterans to hear that from all these guys, guys that have been in their shoes and what they did to become great players and the sacrifices they made. It’s good for all of us to hear. It’s been inspiring along the way.”

Chicago Bears seem to have regained their sense of urgency

It’s not uncommon for teams who finally had a good season after so long to suddenly believe they’ve found the formula and just will keep winning. That’s not how it works. The best teams have talent but also an insatiable drive to win. Being a young team, it feels like the Bears needed to learn that lesson the hard way last season. Now comes the time to see whether they’ll put it to good use.

Based on how players have spoken this offseason, it’s clear many of them find what happened last year is unacceptable. A sentiment echoed by the coaches too. The moves made in free agency and the draft also illustrate an aggressive mentality. This team wants to win and seem prepared to make the necessary sacrifices to ensure that happens.