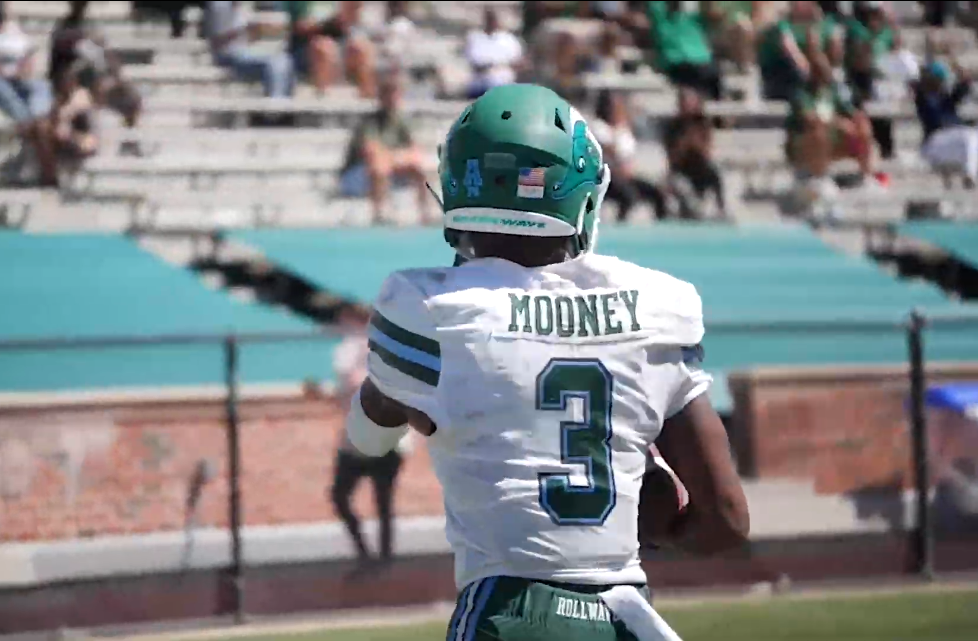 The Chicago Bears have shown they have a system in place when it comes to drafting certain football players. At least it’s been that way under GM Ryan Pace. Of course they want guys with considerable athletic talent. However, they also place a high priority on personal character. Players who both love the game of football but also put in the work off the field to make themselves better. Unsurprisingly, 5th round pick Darnell Mooney fit that mold as well as anybody.

The wide receiver out of Tulane turned a lot of heads in the NFL community for one primary reason. He ran a blistering 4.38 in the 40-yard dash at the scouting combine. That confirmed what teams had seen on tape. He was really fast. Everybody knows how teams covet speed at the pro level. Mooney has it. However, what likely convinced the Bears to not only draft him but trade up to do so was his character.

According to Jason Lieser of the Chicago Sun-Times, he was so dedicated that he never found a way to get punished for missing classes or being late to practice. Something that seemed to annoy his head coach Willie Fritz just a tad.

“You hear all the time when a guy gets drafted, ‘Oh, he’s the greatest kid in the world,’ but this one really is,” Fritz said. “He’s a great young man. He never missed a class or a study hall or a tutoring session or a meeting.

“Players will show up five minutes late sometimes and complain when I make them run: ‘Oh Coach, come on. That could happen to anybody.’ I’d say, ‘Well, not Darnell.’ Just a great kid.”

Darnell Mooney is already showing his intent to play in 2020

Being a rookie, it might prove difficult for Mooney to see the field right away. Not only does he have other receivers who have worked in the system longer awaiting their shots in Javon Wims and Riley Ridley. The Bears also added a veteran speed threat in Ted Ginn Jr. So he’ll have to really impress in training camp and the preseason to warrant an opportunity to play.

To that end, he’s been getting creative with his workouts, trying to find a way to prepare himself for live practices when the team finally does get together this summer. One method he created was recording himself reciting plays from the playbook and then running them on a practice field as if he were in an actual huddle. This way he could get used to the rhythm and flow of what he has to do with each play.

Smart thinking. Don’t be surprised if he comes out fast (no pun intended) when things get going wherever the Bears do end up holding camp.