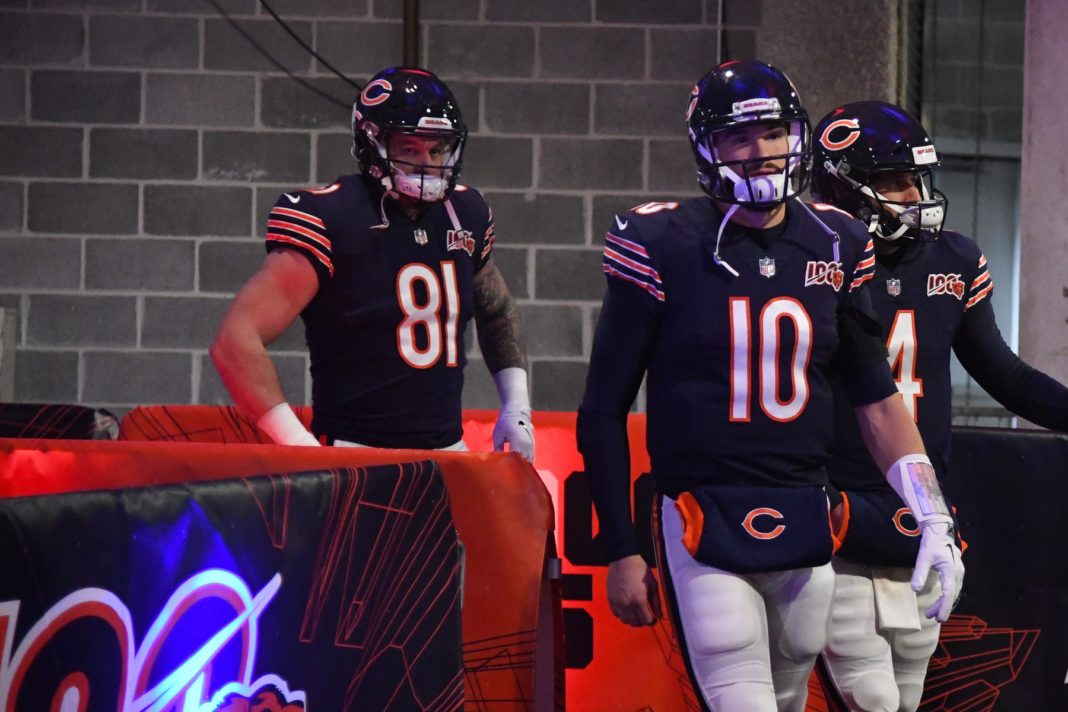 Matt Nagy or Mitch Trubisky? Mitch Trubisky or Matt Nagy? This is the question that keeps running Chicago Bears fans in circles. Who was really at fault for the offense being so bad. The honest answer is both. Nagy failed to establish an identity for his offense. Trubisky continued to struggle reading defenses and missing too many open receivers. However, the truth is he was doing that before Nagy even arrived.

So it’s hard not to think the root cause of this is Trubisky. Does he deserve this much criticism? Yes. He’s a #2 overall pick. That is the goal he aimed for when he came out of North Carolina. He should’ve known the expectations that come with it. Thus far he hasn’t lived up to them. It is the same reality so many other top 5 QBs had to face. They got the same treatment.

That being said, there is one factor that isn’t quite getting talked about enough in regards to his situation.

Now that those things were said, it’s time to face another reality. For all the grief Trubisky gets, his arsenal of options on offense isn’t exactly brimming. A quarterback, especially a young one is only as successful as the weapons at his disposal. People talk about how great Patrick Mahomes has been, and that is the truth. Still, none can argue having All-Pros like Travis Kelce and Tyreek Hill around him probably helped.

Biggest moves on the offensive side since Ryan Pace took over:

Now look at that by contrast to their defense. Eddie Goldman, Akiem Hicks, Danny Trevathan, Roquan Smith, Khalil Mack, and Eddie Jackson. Three genuine stars and three good-to-really-good players. Pace delivered just two Pro Bowl-level skill players to his offense since 2015. That being Robinson and Jordan Howard. Naturally, they traded Howard away last season. Nobody else has stepped up to fill that void.

Right now it’s pretty much Robinson and a bunch of role players. No genuine star-caliber guys. There is plenty of upside to be sure but games aren’t won with upside. The Bears didn’t score so much in 2013 because of scheme. They had studs across the board from Matt Forte to Brandon Marshall to (a healthy) Alshon Jeffery, and Martellus Bennett. Would things be different for Trubisky right now if he’d had guys like that around him last season?

Maybe Nick Foles will prove all of this wrong. Maybe the Bears have more talent than it seems and a more functional quarterback will help it blossom. That is definitely possible. Even so, if people are honest with themselves about the ugly history of offense in this town. It isn’t just the quarterbacks that were the problems.