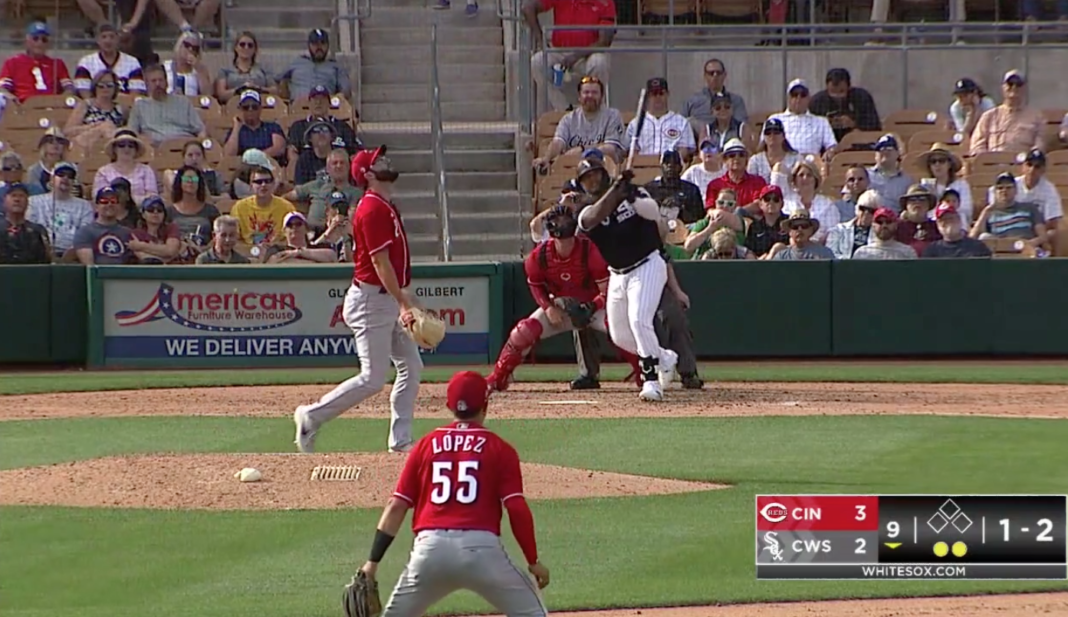 At this point who knows if this is even going to matter because Opening Day might not happen until June or July, but the White Sox actually announced some non-coronavirus news on Monday and well fans are pissed.

So, whenever the regular season does start as of now you can cross off Mercedes as a guy who might be the 26th man on the roster.

No matter what, Mercedes is going to have to wait a lot longer to see everyone in Chicago.

The safe money is on Nicky Delmonico making the Opening Day roster as the 26th man. He can actually play a few positions in the outfield and as much as we loved Mercedes obliterating baseballs there really wasn’t a good fit for him on the White Sox to begin the 2020 season. You can be as optimistic as you want about his catching skills, but Mercedes just isn’t ready for that in the majors and the White Sox already have 2-3 guys who can DH.

Meanwhile, after the CDC’s recommendation of restricting events of more than 50 people for the next eight weeks, MLB released a statement Monday, saying the league will comply. That means the earliest games will be played is mid-May, but that doesn’t include the time needed for players to ramp up before playing real games.