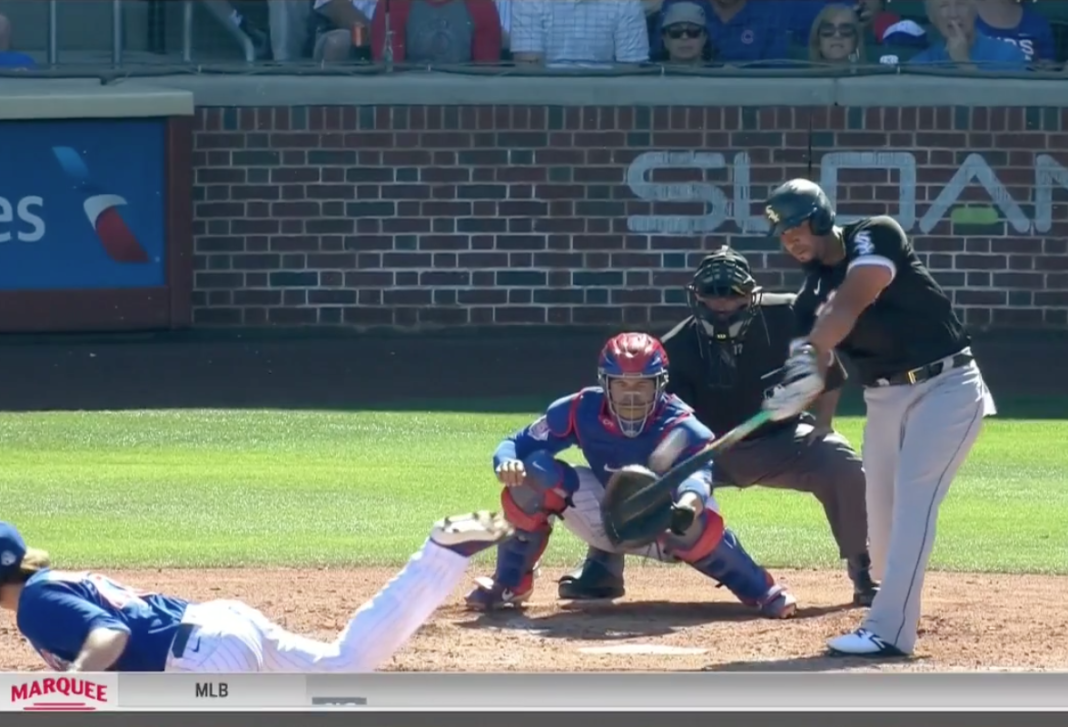 Rick Renteria trotted out what was almost a preview of the opening day lineup Friday against the Cubs and a whole bunch of the White Sox had a pretty nice day at the plate. That included José Abreu and Adam Engel crushing a pair of two-run home runs to left field.

It was Abreu’s first spring training home run and it got out in a second.

White Sox star prospect Luis Robert started the scoring in the second inning, driving in Eloy Jimenez with an RBI-double to right-center field against Jon Lester.

And Yoan Moncada had a great day. His five-year extension was made official and then he went 3-for-3 against the Cubs. Moncada’s last hit was an RBI-single in the fourth inning.

And you still have a few more days to enter our ticket giveaway for a pair of Opening Day White Sox tickets!

Pinwheels and Ivy Podcast on Apple

Pinwheels and Ivy Podcast on Spotify