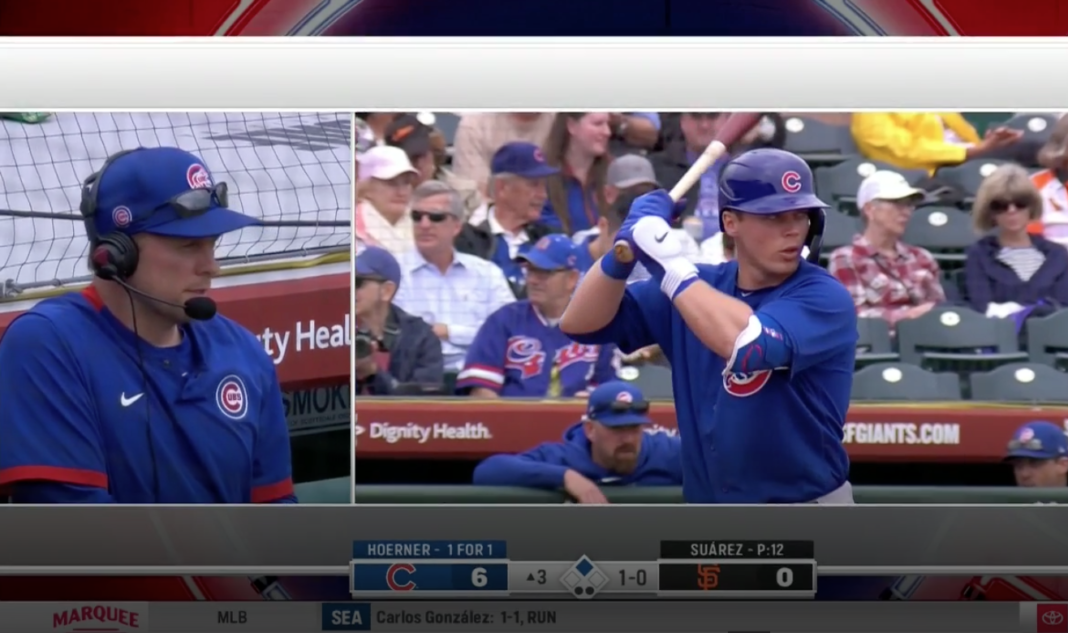 Hey, remember when Nico Hoerner made his MLB debut last September for the Cubs? It was pretty damn awesome, as Hoerner was just chilling at home following the end of the minor league season and then got a call that he was going to be starting at shortstop in San Diego.

And what a debut it was, as Hoerner went 3-for-5, with four RBIs, two runs scored a triple and a “Nico” chant on the road!

Definitely a special moment that Hoerner will never forget and neither will new Cubs bench coach Andy Green. The former Padres manager was fired two weeks after Hoerner’s debut, when his name was chanted and Green remembers it perfectly.

During Tuesday’s spring training game against the Giants, Green was being interviewed by Len and JD, and unprompted he brought up Hoerner’s first game in the majors. Green poked some fun at himself, saying the only time his name was ever chanted in San Diego came with “fire” before it.

Green was the Padres’ manager from 2016-19, his first managerial position in the big leagues.