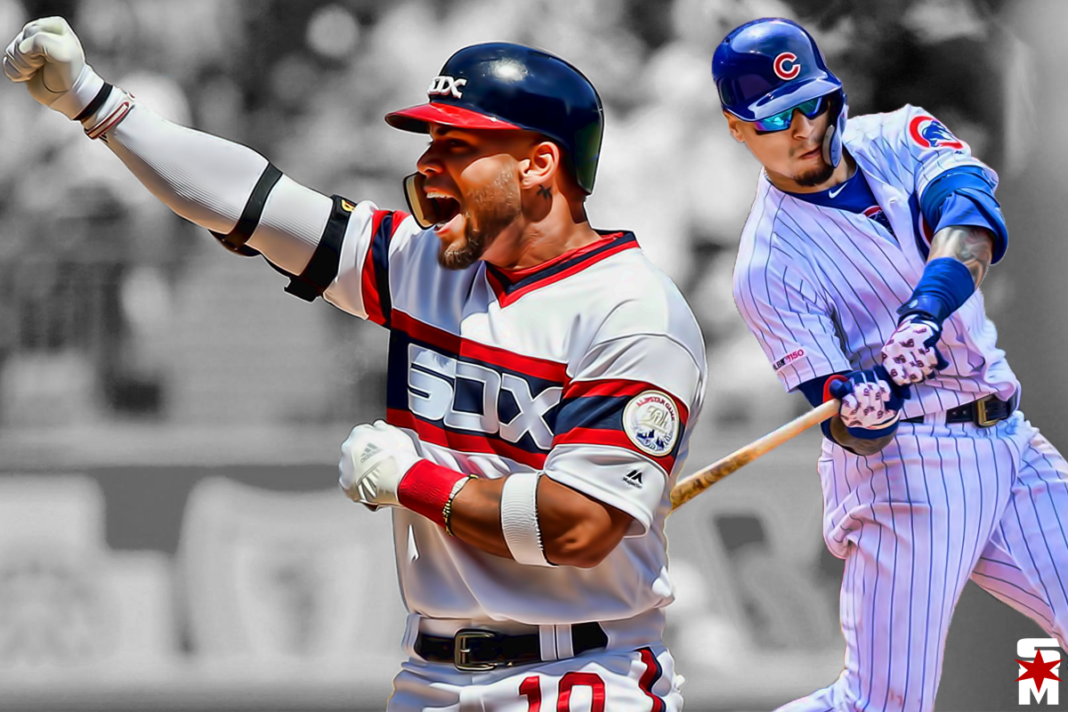 Everything sucks right now. We’re all stuck in this half frightening, half normalized holding pattern that doesn’t make any sense. This is also is our new norm for the time being. There are no magic elixirs and time is our only ally. We’re dealing with a new reality, a strange point of view, but nonetheless, this scenario is ours to manage. The kids are home from school and everything is shut down. Including baseball.

When I sat down to write this piece, it was going to be about the White Sox, how I was so excited about Opening Day, how I was going to fly up from Austin, Texas to see my beloved team finally be relevant. While 2005 was a wonderful year to be a fan, it was also somewhat of a fluke how everything came together the way it did. We’ve been mired in a culture of mediocrity ever since. After 30 years of bleeding for these guys, we’re finally here –  a legit contender for years to come. And all of the league agrees, not just the homers hoping for a 35th street miracle.

But, when I started thinking about the Sox, I ultimately started thinking about the Cubs, too. Like any good White Sox fan, it’s natural that our foil is top of mind, for better or worse, it’s that ingrained imposter syndrome we’re born within those parts of town where the pizza is just a little better and beer joints are a little danker in the daytime. The Chicago Cubs and their fans matter, too. They’re just as valuable. They’re obviously worth celebrating, despite my typical White Sox fan attitude.

This isn’t about the jerseys we wear, but about the city and the game that defines it.

Chicago is a baseball town and will be forever. We raise our kids to love our teams and a lot of us get buried wearing those hats, blue or black. They’re our cultural mile markers of who we are, what we believe as people. The crack of a bat, a few drunk dudes playing catch outside of the stadium, that’s the official start of when we can anticipate better weather and better vibes. Baseball lets the city know it’s time to wake back up.

It’s hard to not have baseball in Chicago. It’s our birthright. It’s something that’s central to our DNA as people. While we can all get behind the roar of Soldier Field or when a guy like Derrick Rose emerges from the shadows, or when the Blackhawks hoist the cup over their heads, skating on the ice, none of these things are baseball.

Chicago baseball is built on mythic giants of the game, whether they were legendary players enshrined in the Hall or just some dudes who had a few good seasons, but they’re etched into our hearts forever. Guys like Carlton Fisk, Paul Konerko, One Dawg, The Big Hurt, Andre Dawson, Ryne Sandberg, Mark Grace, Mark Buerhle, Kerry Wood, Ernie Banks, Tim Raines, Robin Ventura, Jon Lester, Greg Maddux, and even Sammy Sosa. Why not even give a shout out to Southpaw and Ronnie Woo-Woo, Nancy Faust, and once in a while the legend himself drops down to the diamond, Jim Cornelison to remind us what pride feels from the tips of our toes to the top of our heads.

There’s a little taste of something magical when you’re walking through the turnstiles, past the people pouring the beers. The scent of hot dogs roasting in their own juices lingers in the air, while a chatter lies over the field. It’s a calm energy one that’s unlike football where there’s an immediate expectation of fireworks, whereas baseball is like good sex or a well-prepared drink, it’s the slow burn that keeps delivering.

“That combination of athletic alchemy gives us life, it makes us spill Miller lite on our pant legs when seeing the ball fly over the center fielder’s head, bouncing comfortably at our feet.”

There’s a feeling that’s indescribable when a guy like Giolito is dealing deep into the fifth, fanning guys left and right. No one is touching his fastball. With every strike, the fever pitch grows. And then the offense gets a few timely hits, maybe a few singles, and then a guy like Yoan Moncado drops a bomb into the seats off near Section 108 (give the self-proclaimed “Drunk Uncles” a follow, you won’t regret it). That combination of athletic alchemy gives us life, it makes us spill Miller lite on our pant legs when seeing the ball fly over the center fielder’s head, bouncing comfortably at our feet. Once in a while, a fan will make a catch or at least grab a solid concrete hopper and hold up their prize for the section to admire. All these things are what we miss and what we can’t wait for once again.

The Cubs are expected to bounce back from a letdown year. David Ross is a beloved member of the Cubs recent winning seasons, who’s now at the helm. Kris Bryant is now a leadoff hitter and Javier Baez is still one of the best in the league. Ian Happ was on cruise control to win the center fielder job, and Yu Darvish wanted nothing more than to prove himself (again) as a frontline starter. There’s still is a lot to be optimistic about if you’re a north sider. The Cubs will be in the playoff hunt and Wrigley will be rocking and rolling as it always does.

The White Sox are one of the hottest topics in the game. Everyone agrees that this core of players will be a powerhouse for the next decade. White Sox fans aren’t used to this kind of affection from the national media when instead we’re used to being the forgotten World Series team.

Both teams offer the first chance in the modern era to potentially see a Red Line World Series. Something both fan groups salivate over. We’re on the cusp of the greatest era for Chicago baseball, ever. But we have to wait for it to begin.

For now, Spring Training camps sit empty. Both Wrigley and Sox Park are both empty, as not even the grounds crew are out. This is not the spring we envision. Two weeks ago, we were chatting it up in the bar, talking smack, offering bets, celebrating that the first bet of legalized gambling was on those White Sox. Cub fans rolled their eyes and made a few snide comments about attendance and players living up to the hype. And it felt good, it felt right. That shit talk, that ribbing is central to what Chicago baseball is. Killing a few tallboys in a dive while hollering over the jukebox is just what we do. We cite Harry Caray, The Hawk, and both sides of town love Stoney. We can all agree on that Wisconsin, Michigan suck and that Indiana is filled with hillbillies.

Our stadiums aren’t tucked away in some charming suburbs, either. They’re in the thick of Chicago. While Wrigleyville might be thriving cluster of bars, Comiskey is seated in the middle of Bridgeport, a working-class part of town where you can grab a cheap Vienna beef run through the garden for about just as much as it cost to ride the red line to get there. In both of these places strangers cut up, they talk shop, about their expectations, their histories with the teams. Over at Wrigley, the Bleacher Bums are their unofficial mascots while everyone on the south side knows the neighborhood fans don’t sit in their seats, they stand on the concourse and talk their shit.

Get your gloves ready. Iron those jerseys or pull them out of the garbage bag you keep them in for luck. Whichever team you root for, we’ll get through this. Baseball will be back and as soon as our guys like Kopech or Hendricks throw some balls around, we’ll feel that fire in our blood.

Baseball isn’t over, it’s just taking longer than we’d hoped for. But that’s ok. Our players are resting up. They’re working out and getting ready for the summer in Chicago – the best city to swing a bat or sit in the bleachers with a cold one.