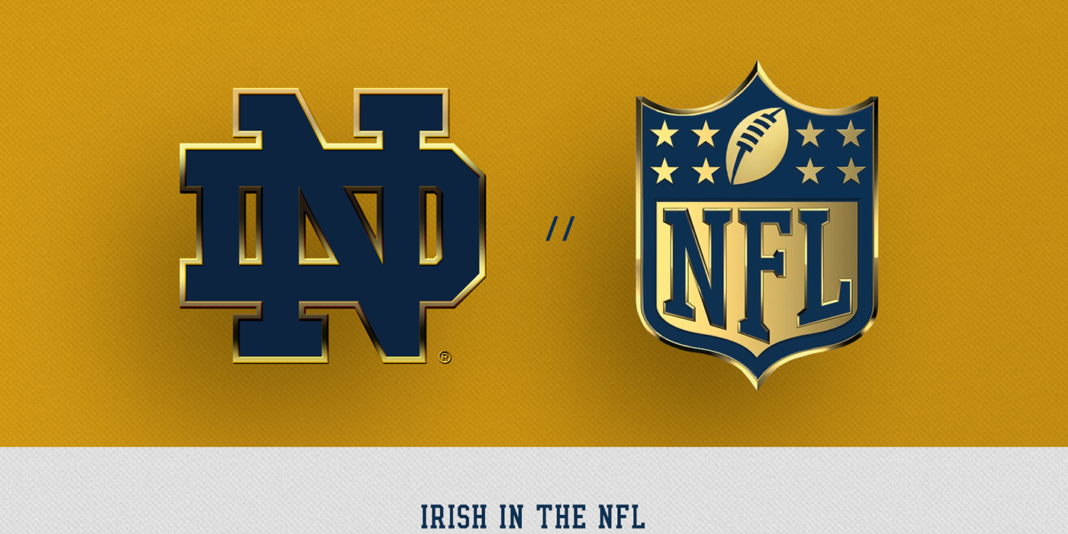 In February, Power Football Focus provided their list of the best NFL players over the course of the 2019 season, the list featured four ex-Irish players.

Get this though, the four Irish didn’t just make the list, they all ranked within the Top 35.

Before I get into who they were, let’s preface with the selection criteria these four ex-Irish players were chosen by.

Below is verbatim what they used to qualify the list:

“Here is a quick reminder of our basic criteria

Martin – who was drafted 16th overall to the Cowboys back in the first round of the 2014 NFL Draft, has been the anchor to the Cowboys offensive line for several seasons.

This past season, he helped the Cowboys lead the league in total yards per game (431.5) including the fifth best rushing attack, averaging 134.6 rush yards per game.

Quantifying offensive line play is difficult, but PFF and the NFL both have some metrics that make it easier to evaluate.

Martin’s offensive line only allowed 23 sacks all year. Martin, who plays right guard, had the fourth most rushes greater than ten yards to his side. Sure, a good running back helps this cause, but his 24 +10Y runs played a large part of the 4.8 yards per carry average. 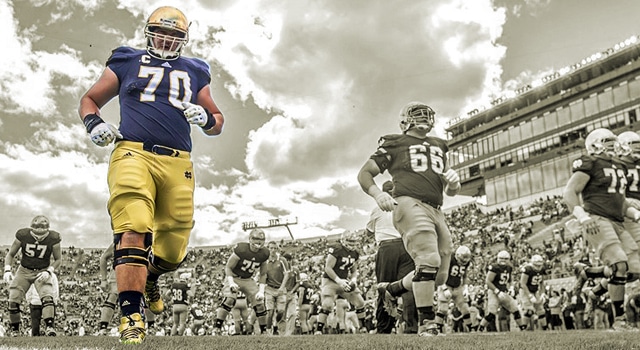 Smith was drafted back in 2012 with the 29th overall pick to the Vikings, and has stuck around. As a safety, Smith has been just about as rock solid as you can ask for and 2019 was no exception. Smith finished with 85 combined tackles, tied for 16th in the NFL among defensive backs.

With three interceptions, three forced fumbles, two fumble recoveries and a sack to boot, Smith played a large role in only allowing 18.9 points per game offensively, fourth best in the NFL. Additionally, the Vikings tied for fourth best in total touchdowns allowed.

Smith, dominate in run support, helped hold opposing teams to a combined eight rushing touchdowns all season long, while there seems to be room for improvement in 2020 for Smith’s defensive backs who allowed 23 passing touchdowns – middle of the pack. 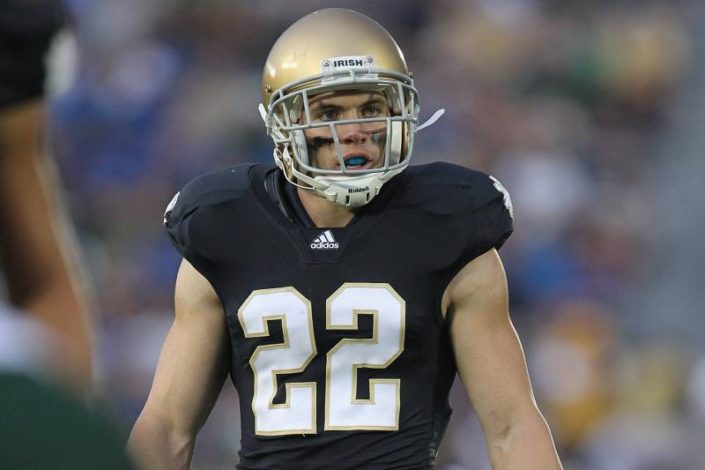 In my opinion, the 6th overall pick in the 2016 draft paid dividends for the Ravens in 2019. The star left tackle was actually named PFF Pass Blocker of the Year for 2019 .

His pass blocking grade of 93.7 was the fourth highest ever given by the stat gurus over at PFF. For context, of the 938 snaps he played, he only had five penalties – but most important ZERO sacks allowed.

As a team, the Ravens rushed for an average of 5.5 yards per rush, with nearly 3,300 rushing yards. The run-heavy Ravens had 40 rushes for over ten yards on Stanley’s side.

The line gave up 28 total sacks, but as mentioned previously, Stanley was not responsible for a single one. Even so, the elusive Lamar Jackson was only tagged 59 times all season, which was third best. 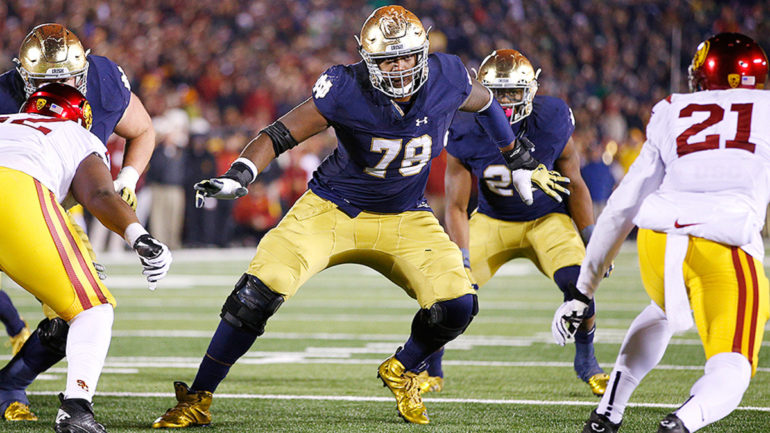 Likewise drafted at 6th overall, but in 2018 – Nelson and his stache have taken the league by storm. Nelson, at 23 years young is already a Top 3 offensive lineman, and is only getting better.

Like Stanley, Nelson also did not yield any sacks this season, perhaps a bit more impressive as Jacoby Brisset is not as elusive as Jackson is for the Ravens.

Statistically, the Colts averaged a respectable 4.5 yards per carry, 11th best in the NFL. With Nelson’s help the Colts finished 9th in sacks allowed, with 32. Emphasizing that zero – zilch – NADA, were given up by Nelson.

The phenom left guard tops the list of ex-Notre Dame stars that performed in the top 35% of the NFL this past season. 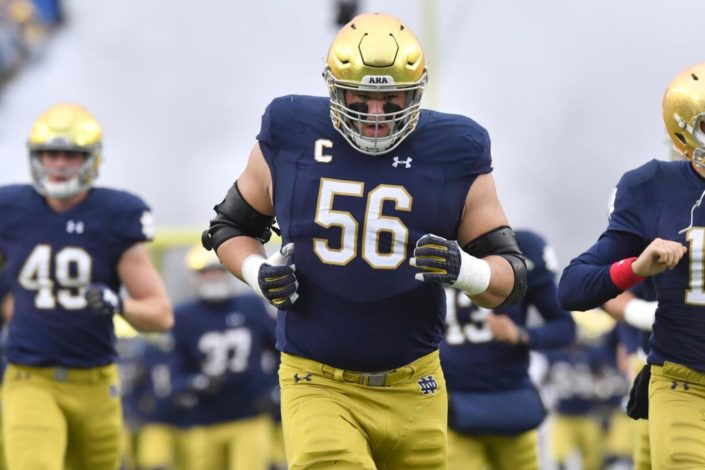 With the exception of these four ex-Irish players, the rest of the Irish in the NFL has some room to improve, and I think they will.

Simply put, the Irish pipeline of talent into the NFL has grown over the past several seasons.

Young guys, with the exception of Nelson, are still working on securing full-time roles. I believe with greater opportunity for the Irish comes success.

With 37 ex-players in the NFL the Fighting Irish have shown Notre Dame to be a viable path to the NFL. Not only to the NFL but as these four ex-Irish players show, to the top 101.