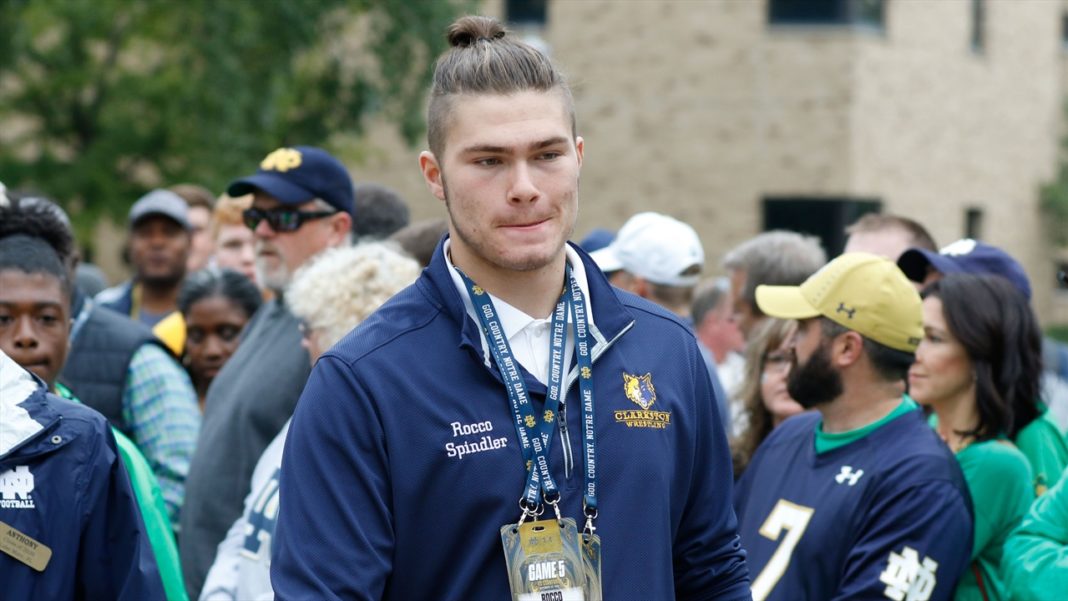 Notre Dame’s recruiting class of 2021 is already receiving national attention as being one of the top recruiting classes according to both Rivals and 247 Sports.com – all of which seems to be leading to bigger and better things such as making the short-list of four star guard, Rocco Spindler.

Spindler of the Clarkston Wolves (HS) in Clarkston, MI has released his Top 10, which includes the University of Notre Dame. 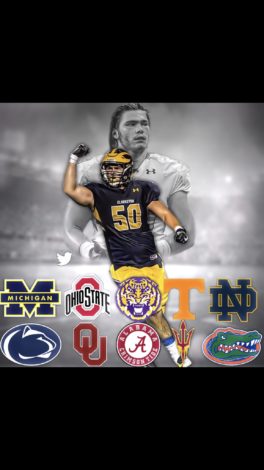 Of those 21, only ten remain and Notre Dame is believed to be high on his list.

Rankings wise, he comes in at the 49th overall recruit on 247 sports and 55th nationally on Rivals. As far as other players at his position? He ranks consistently 2nd, behind Bryce Foster (Rivals – Undecided) and Donovan Jackson (247 – Ohio State)

The Irish have already received commitment on the offensive line from Blake Fisher (OT) and fellow guard, Greg Crippen. Crippen ranks 11th nationally at his position. All of these players are firmly four stars, and perhaps will be granted a fifth star throughout their final seasons.

Perhaps looking a little too far into minor details, it appears that Spindler’s announcement features the likeness of a familiar stadium in the background. You can be the judge for yourself.

Beyond a simple graphic, it seems like fate may just bring the two together to have the the 6’5″ guard be a part of the Notre Dame family.

Ran into the lendgendary head coach, Lou Holtz in Mexico the other day! He impacted my life with his truly inspiring messages he gave about life. He also recruited my father heavily back in 86-87, this is one of those times we say “like father, like son” Could this be a sign? ☘️ pic.twitter.com/1whZFIJOTa

Coach Brian Kelly had visited Spindler in January 2020, and it appears that they are making him a priority.

For #NotreDame, Rocco Spindler isn’t just a want, but rather a need.

The Irish staff has made that clear.

Both Brian Kelly and Jeff Quinn seem to be pushing all of the right buttons on this one.

First of all, it is no secret that Notre Dame has turned into a factory of NFL caliber offensive lineman. Quenton Nelson, Mike McGlinchey, Ronnie Stanley, Zach Martin, Nick Martin — just to name a few.

Spindler has to be acutely aware of the great successes Kelly’s staff has had in developing prospects into not just NFL talent, but first-round talents.

If being a part of one of the premier recruiting classes in Notre Dame’s history was not enough, the potential of playing on Sunday’s ought to be. For now though, Irish fans should be pleased to be on the short list for this four star guard.